We didn’t plan on going to Virgin Island, some 20 minutes from Panglao, because that would mean renting a boat at P2,500 for the two of us and going on the usual island hopping tour (Pamilacan for dolphin watching, Balicasag for snorkeling, & a final stop at Virgin). 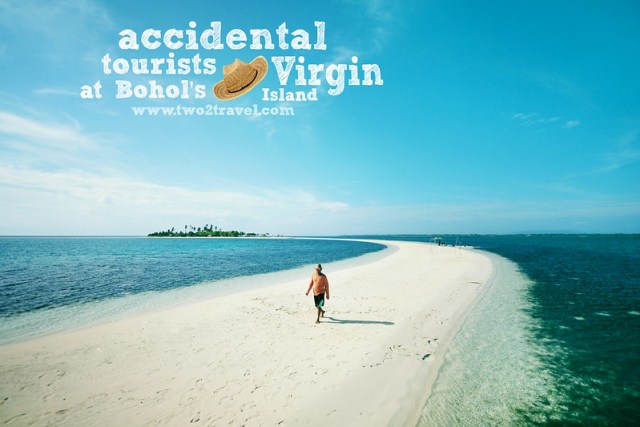 Since it was Habagat season and waves were a bit stronger, we thought it best to skip the tour and simply head straight for Balicasag to snorkel (more on that on the next post). We were therefore surprised (pleasantly, of course) when the boat we hitched on stopped by this long sandbar on the way back to Panglao from Balicasag. Thankfully, the rains earlier that morning were replaced with sunshine. We were with a bunch of Chinese tourists, and we were only too dim-witted to realize that they paid for an island hopping tour and that we were hitching on their tour as well. :p

So here we’re sharing some of the photos we took from this lucky accident. Thank you, lucky stars. Free tour FTW :D 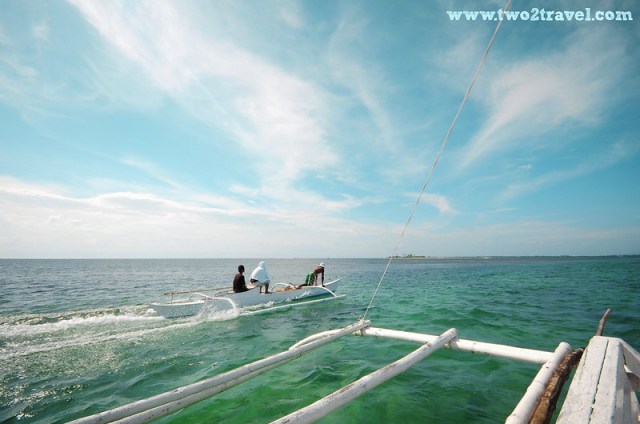 Virgin Island comes into view. It’s that patch of land on the right side with coconut trees. 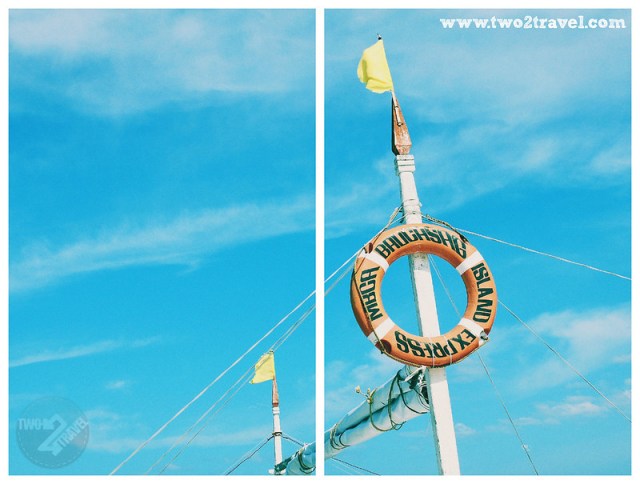 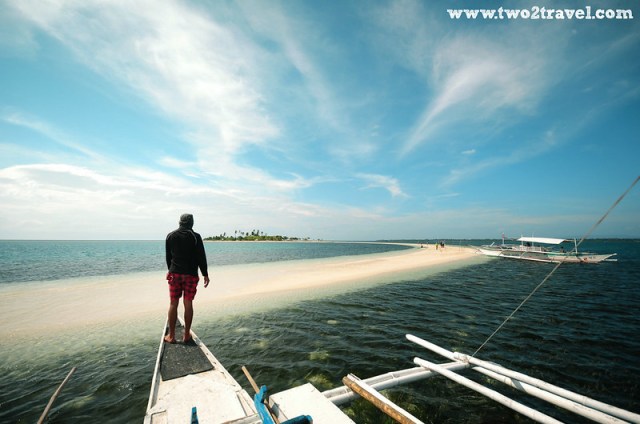 From the clump of coconut trees far off, the island extends all the way to this sandbar. Too bad the high tide submerged a part of it. On a clearer day, these dark green parts beside the sandbar would be clear shallow water that’d make you wanna live here forever. 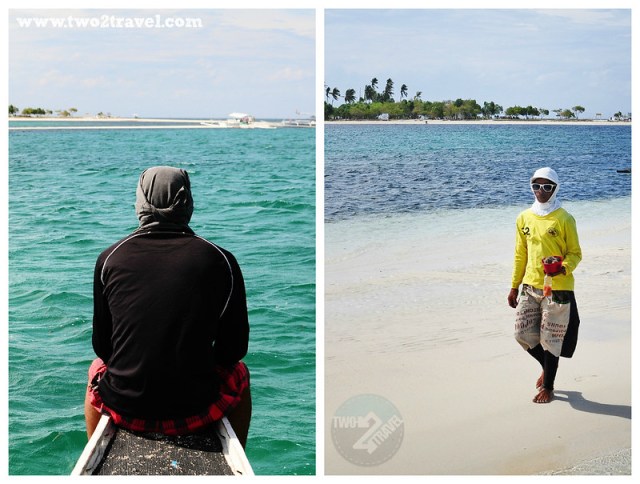 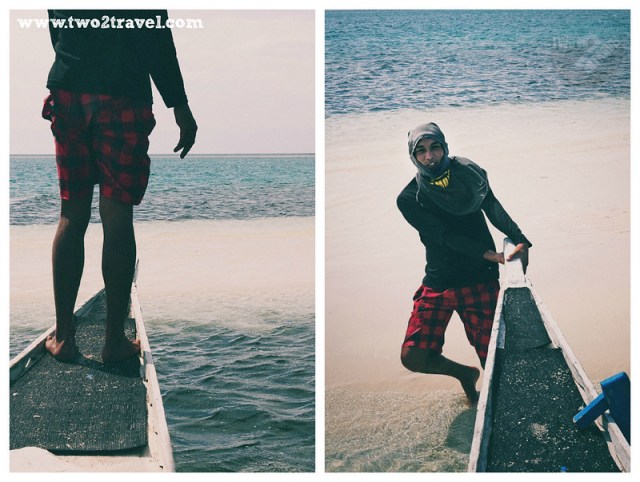 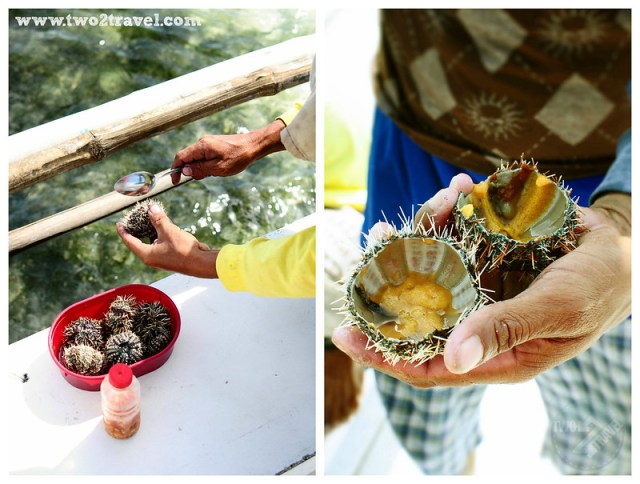 Freshly caught sea urchin for P20 apiece from these two guys. Other times they sell for a ridiculous P50 per shell. Anyway, be careful, we weren’t too pleased with how they badgered us quickly to have some of these and then charged us well over P200. Still, it’s better than an overpriced uni sushi we previously had that tasted like sh*t. 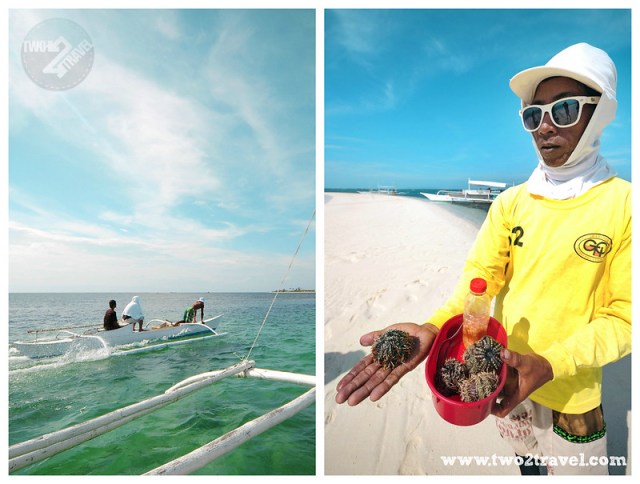 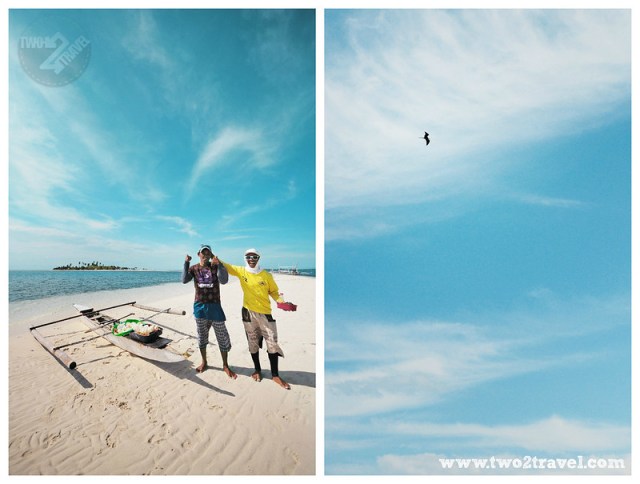 Apparently, Boholanos’ idea of jokes is calling another one a tarsier. When we took this photo, that guy in the yellow shirt introduced the other one as Virgin Island’s resident tarsier. Earlier in Balicasag, our guide Randy jokingly referred to a group of kids we asked to pose for us as the tarsiers of Balicasag. :P 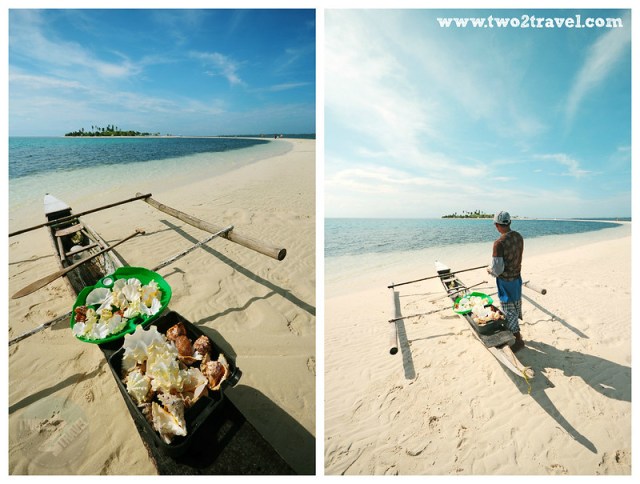 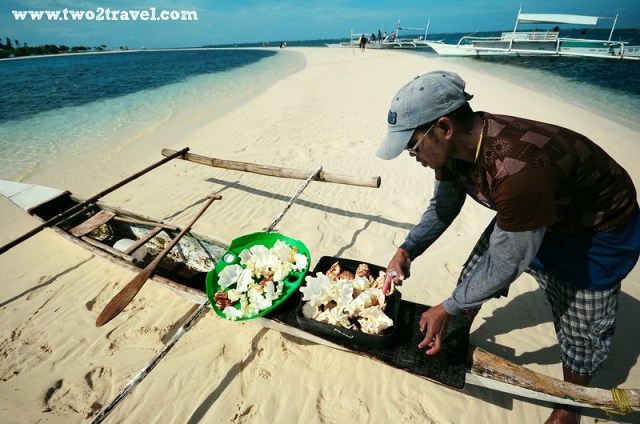 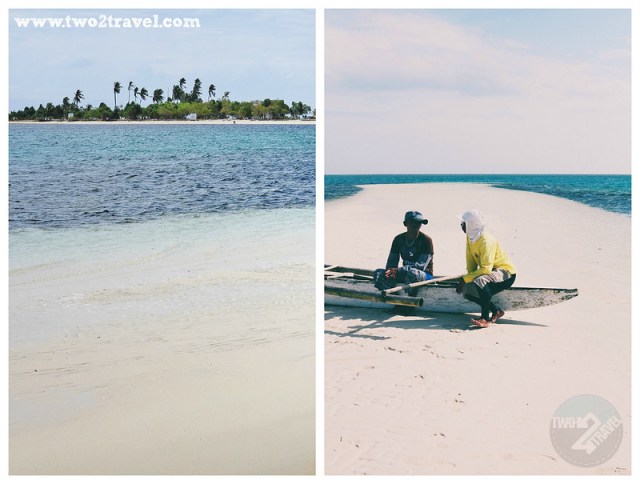 There really isn’t much to do at this island (no snorkeling) except maybe buy one of the fresh coconuts being sold at P40 each. When you go early enough, you may be lucky to spot one of those old ladies selling turon as well. 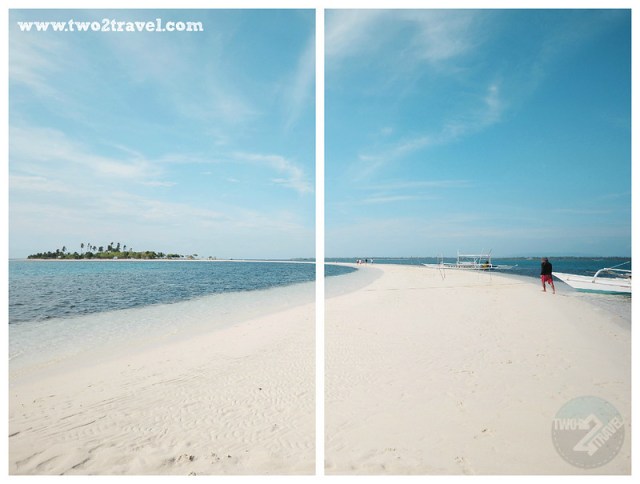 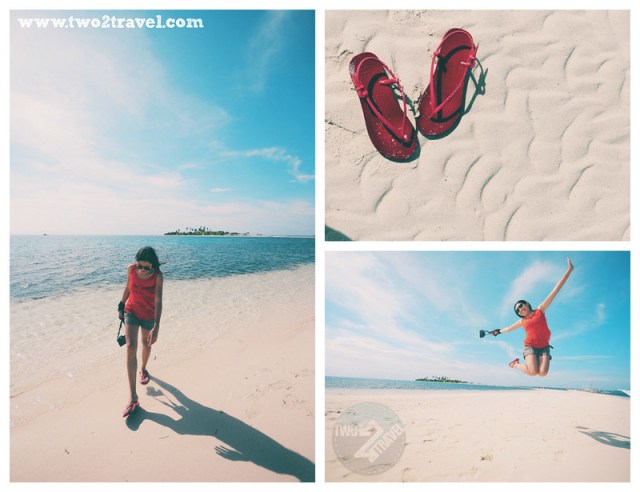 HOW TO GET TO VIRGIN ISLAND, PANGLAO, BOHOL

From Tagbilaran, you can reach Panglao by land because it’s connected to the rest of Bohol by a bridge:

Go to Bohol Museum in Tagbilaran (tricycle fare from the airport is P20 per trip, travel time is 10 minutes). The terminal of Panglao-bound PUVs is just across the museum. Jeeps going to Panglao are available only till 5 PM, while buses stay until 6 PM. Multicabs are available till 7 PM. Fare from Tagbilaran to Panglao for any of these is P25, travel time is around 45 minutes (ask to be dropped off at the San Agustin Church. The pier is a short walk behind the church).

Hail a trike anywhere in Tagbilaran (fare: P250-P300 one way, travel time is one excruciating hour). Obviously we don’t recommend this because you’re just going to waste a LOT of time.

If the vehicle you boarded happened to not pass by the San Agustin Church, ask to be dropped of at Poblacion instead (still in Panglao) and then have a habal-habal take you to the pier behind the church.

A local guy we met days earlier told us we could hop on a boat along with other passengers (presumably locals going to Balicasag) and pay P50 instead of hiring our own boat for about P2,500 (high season rates: P3,500). When we reached the pier, however, the boatmen said there was no such boat going to Balicasag that day (we’re not sure if the P50-ride is only available on weekdays, since we went there on a Saturday). But one of them offered to take us there for P100 each since he was going to fetch his guests who were staying in Balicasag anyway. On the way back, we ended up hitching on the same boat for the same price, this time along with the Chinese tourists. So for P400 in all, we managed to get to Balicasag and back with a sidetrip to Virgin Island. Pretty good deal, eh?

Read other posts on Bohol here.