It’s hard to imagine Paoay Church—or San Agustin Church—in Ilocos Norte under bad weather, when the skies would be gray and gloomy, clouds nonexistent, no schoolchildren sauntering the grounds. 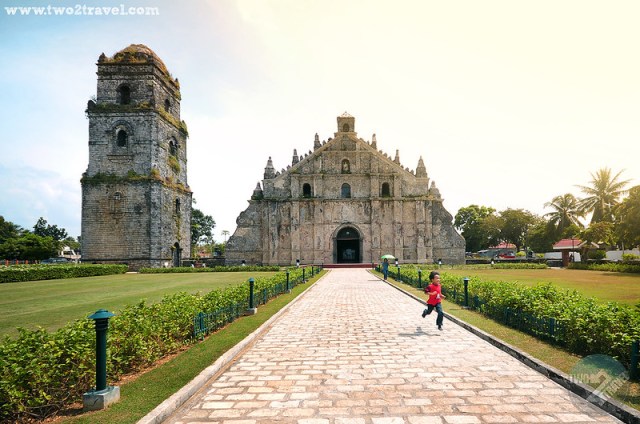 Every single time we visit, the church would always be set against a cheery blue sky, its expansive lawn finishing off the whole picture with a blanket of green (thank God there are no electric cables cutting across the grounds, otherwise everything would have been ruined). 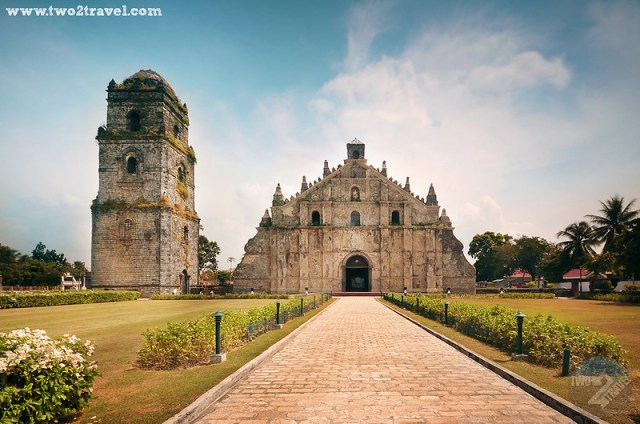 The San Agustin Church is done in the so-called Earthquake Baroque style: its large buttresses, arguably the church’s most distinctive feature, were built to withstand earthquakes that have destroyed it in the past. The structure is a mix of coral stones and bricks, and its buttresses have spiral bas-reliefs. The small pinnacles on the facade are reminiscent of Javanese architecture, particularly that of the Borobudur Temple in Central Java, Indonesia. 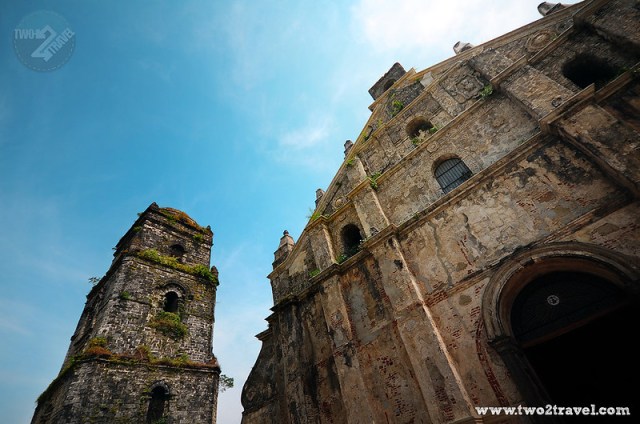 The bell tower of the church served as a watchtower for the Filipino guerillas during the Spanish occupation. 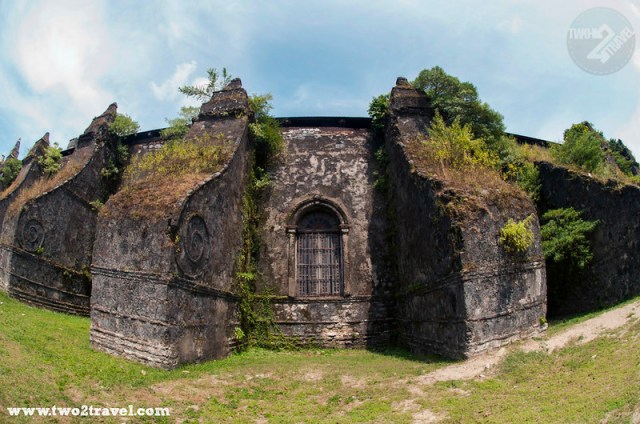 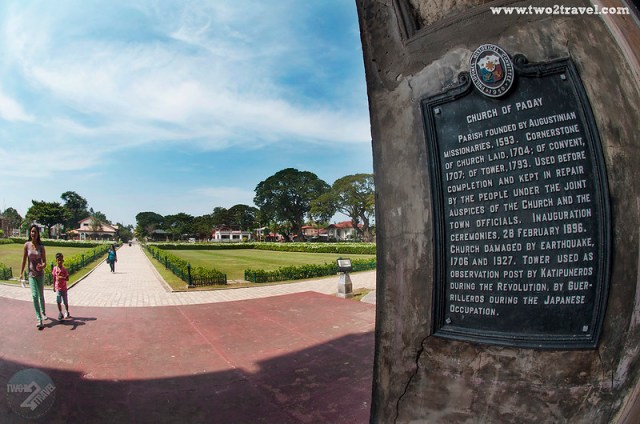 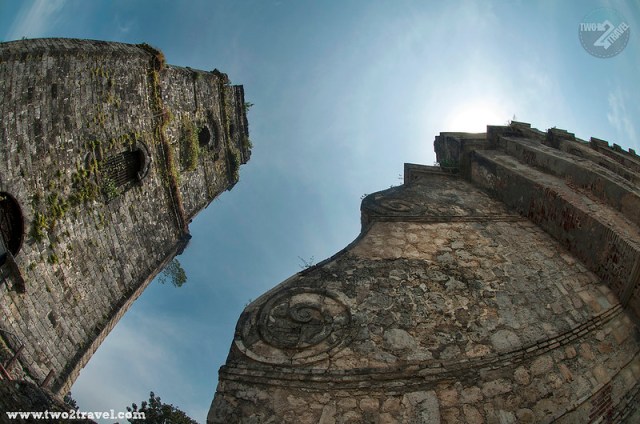 There’s a public elementary school across, so on weekdays—which could get really quiet—schoolchildren provide a bit of diversion. 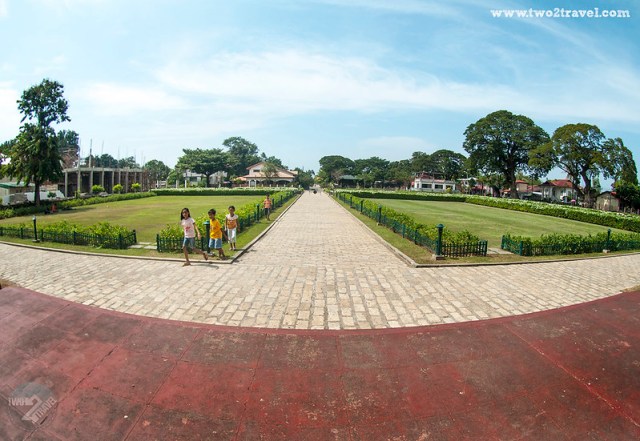 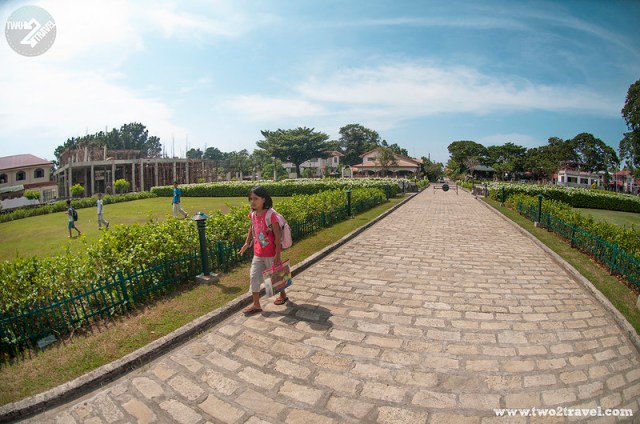 Inside, the church looks bare and old, the most striking detail provided by the brightly painted floor tiles. 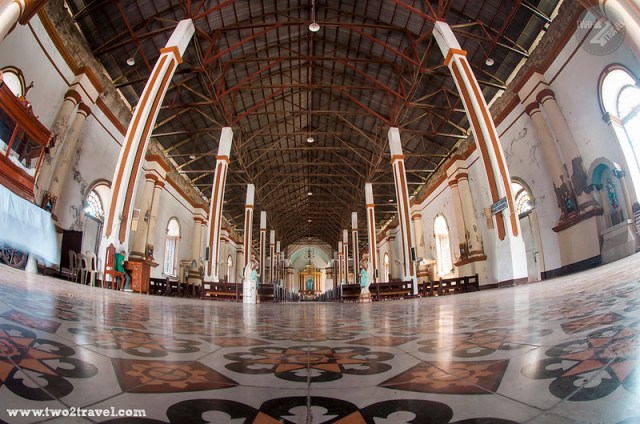 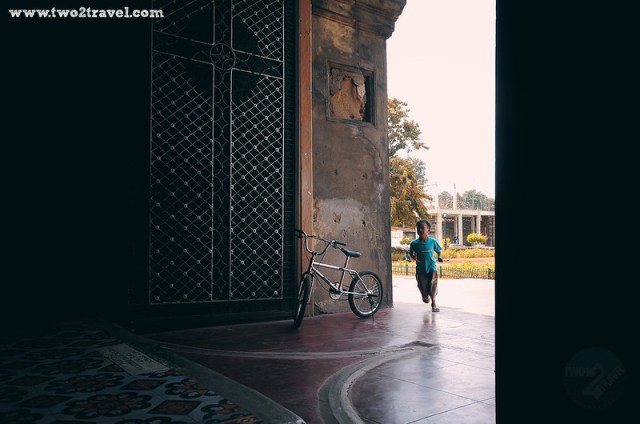 On the other side of the church sits the ruins of the convent erected in 1707. Its stone facade was littered with rather busy details, but its inner walls were all made of bricks. 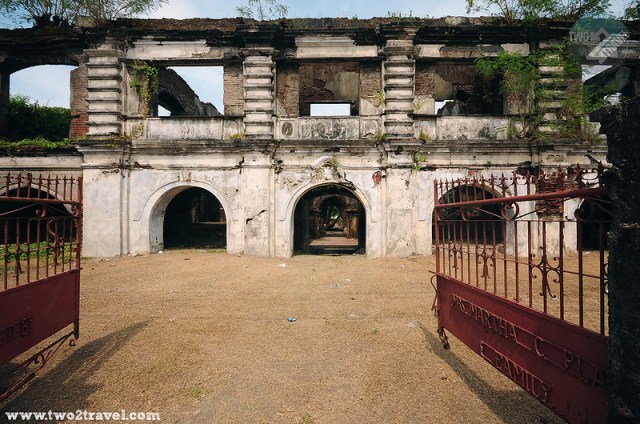 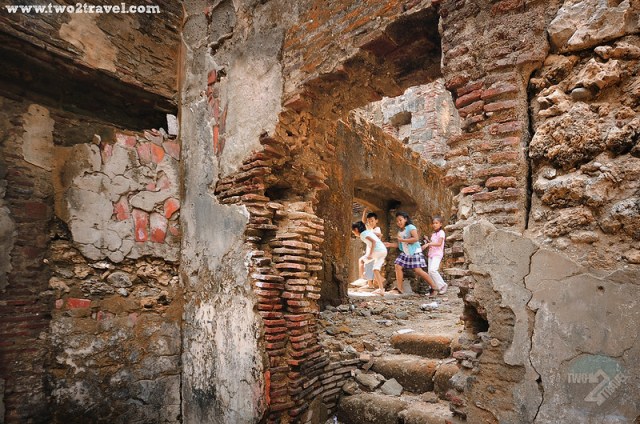 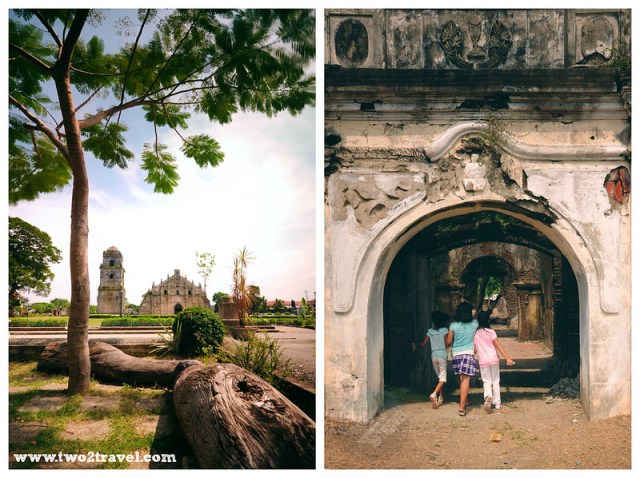 A visit to Paoay Church won’t take more than an hour, though some dine at Herencia Cafe across the lawn. When we visited during the third week of October, however, the resto was undergoing renovation. Herencia is best known for serving pinakbet and dinuguan pizza. 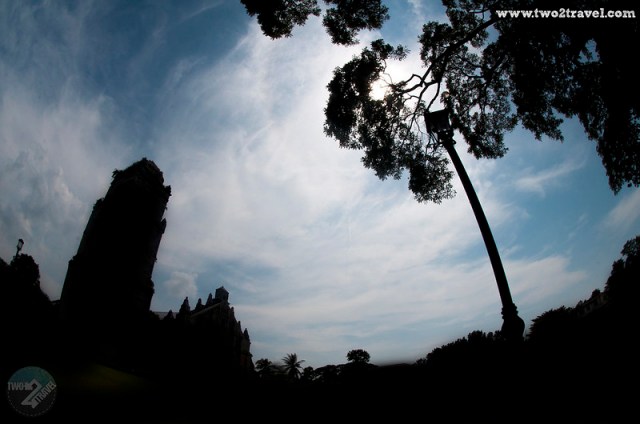 HOW TO GET THERE

From the south, Paoay comes first than the capital Laoag but you’ll have to head off the national highway.

Bus + Jeep from Laoag: Drop off at Laoag, then head to the waiting area of Vigan-bound mini buses at the Shell station along Rizal Avenue, a couple of blocks from the capitol (walkable). Ask to be dropped off at the intersection of Batac and Paoay (fare is 25 pesos each, travel time is 20 minutes).

You can then board a jeepney with the Batac-Paoay-Currimao route to take you to Paoay Church (fare is 9 pesos each, travel time is about 8 minutes, & you’ll be dropped off at the back of the church).

Jeep from Laoag: Alternatively, you may board one of the Paoay-bound jeepneys from Laoag. Waiting area is along Rizal Avenue, in front of the Farinas bus terminal (fare is 34 pesos each, travel time is about 40 minutes, but this is butt-numbing so we recommend you take the bus + jeep instead). 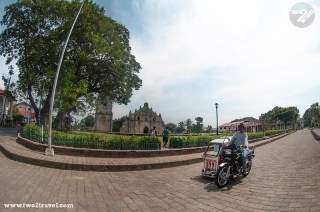 To go back to Laoag, you may:

1. Take the Laoag-bound jeepney, whose terminal is located two blocks behind the Paoay Church. Ask around if you can’t locate it.

2. Or take the same jeepney, but drop off at Batac’s public market (travel time is about 8 minutes, minimum fare) where you can take a mini bus to Laoag. Since you’re passing by Batac anyway, you can stop by its museums too.

3. You can also take a tricycle from Paoay to Laoag at P250 per trip. Tricycle trips from Laoag to Malacanang of the North & Paoay Church are P300 roundtrip.

Malacanang of the North is an expansive stone house that used to be the late Ferdinand Marcos’ house in Ilocos while he was sitting as president. Today, the house was spruced up to look more like a museum, with life-size replicas of Marcos and his wife Imelda in traditional garb. But the best feature of this house is the view: the back opens up to the photogenic Paoay Lake.

Note: Malacanang of the North is closed on Mondays. Only tricycles (aside from private vehicles) have access to this spot (we hope the local government will provide more transport options in the future).