Our first agenda when we checked in for our Manila-Legazpi flight was to ask for a window seat on the left side of the plane. Why? 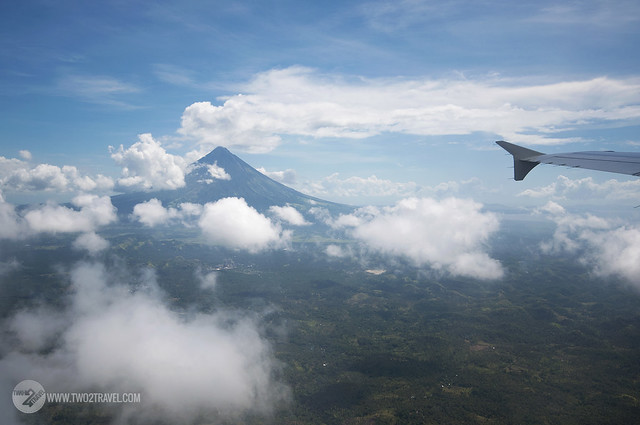 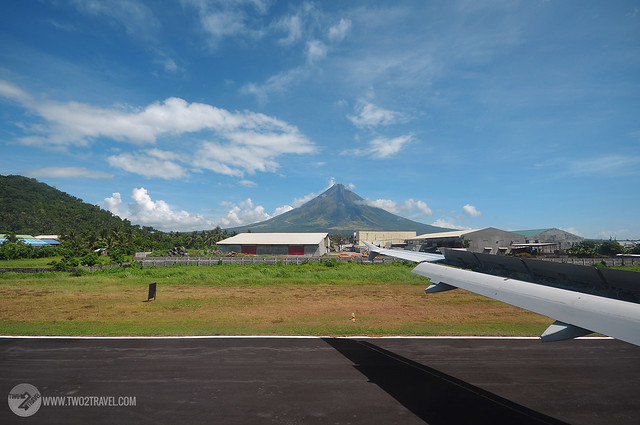 So the next time you’re flying to or out of Legazpi, ask for a window seat on the left (to Legazpi) or right (from Legazpi) of the plane, because what you will see from above, weather permitting, is very difficult to top anywhere else (unless you’re flying over the Himalayas, in which case Flightnetwork.com may be a saving grace).

We kind of feel bad about the woman who was on the aisle seat next to us, because we were hogging the view all that time and stopped only when we had landed. I bet she’s asking for a window seat next time! 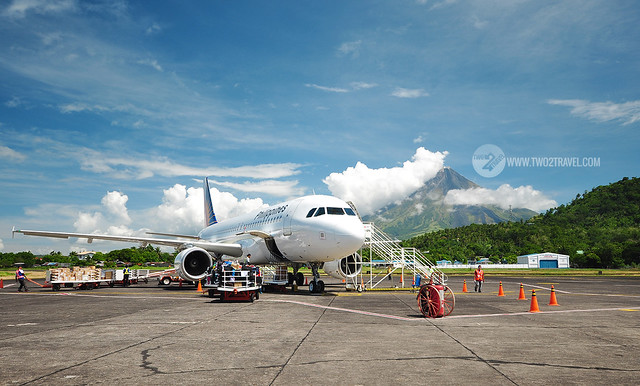 Airport with the best view! 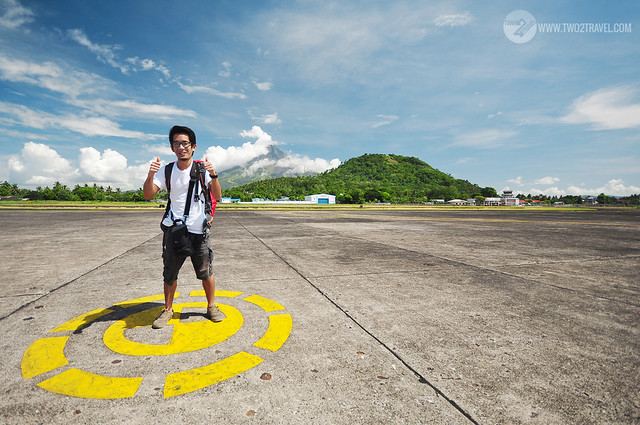 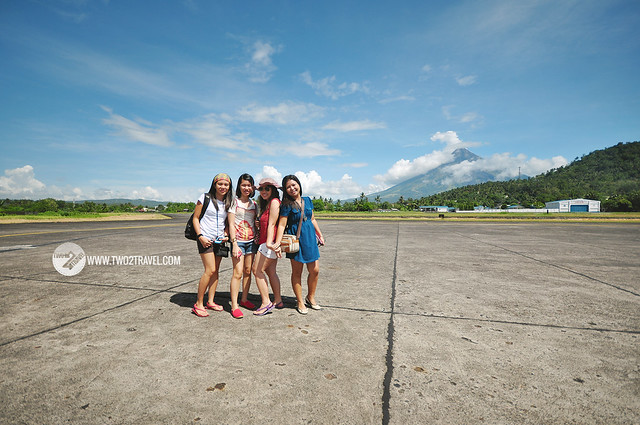 We were traveling with friends this time. It was an all-girl trip! :P 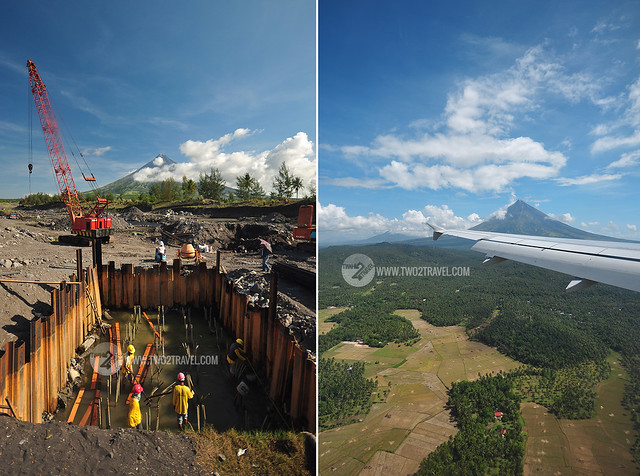 (L) Near Cagsawa Ruins (R) On the way to Legazpi

Here are other spots around Bicol that give really nice views of the volcano:

Here lay the ruins of Cagsawa Church’s belfry, which now stands as a monument to the lost lives from Mayon’s eruption in 1814. 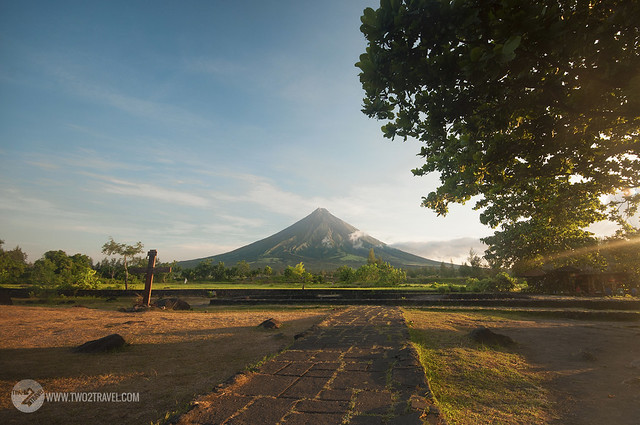 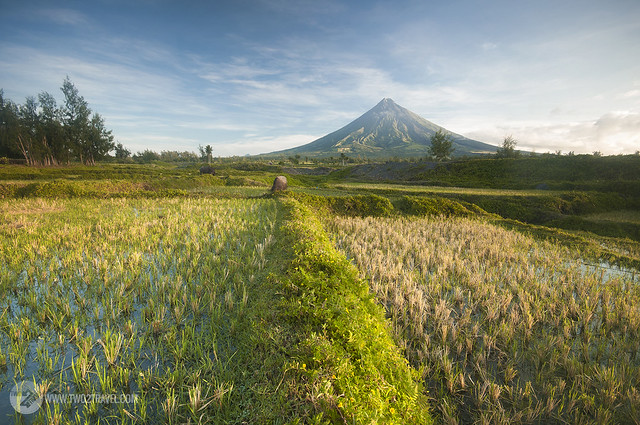 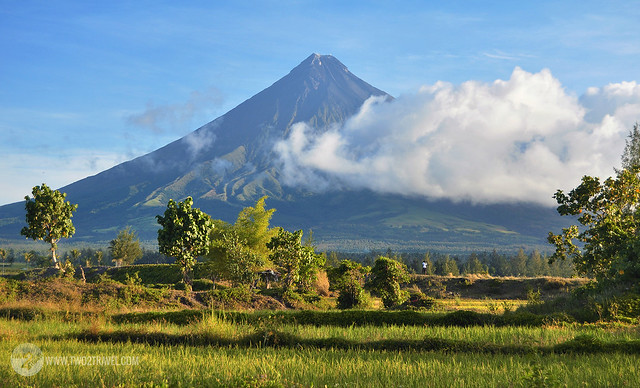 Mayon is staggeringly big and beautiful! Really glad that Owen decided to stand there just in time for me to take a photo. He’s that tiny white speck along the middle! 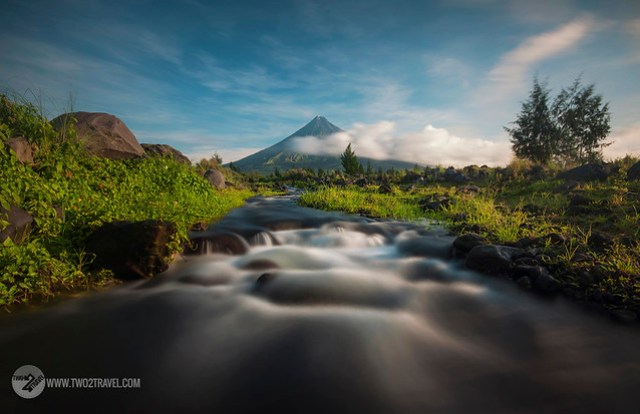 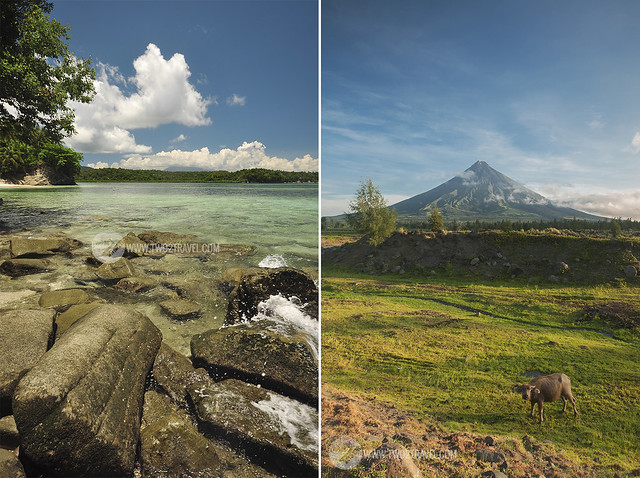 (L) From Pinamuntugan Island, Bacacay, Albay. Mayon is obscured by clouds at this point, but you can imagine how lovely this view is on a clear day. (R) Cagsawa Ruins still. 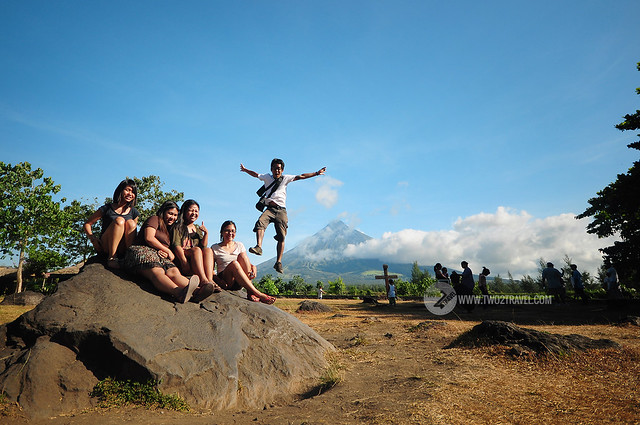 Donsol is one hour away from Legazpi. This was taken on a boat off the town’s coast. 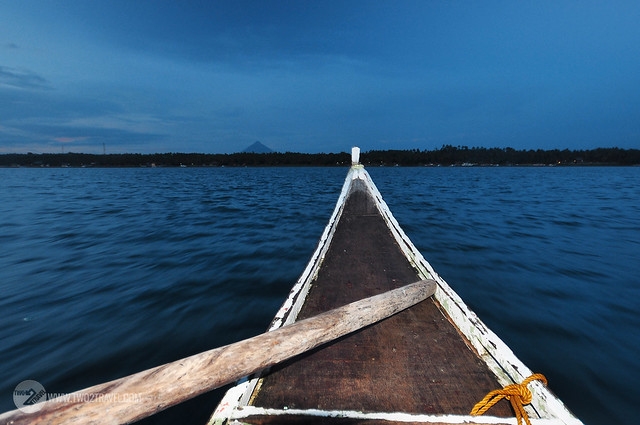 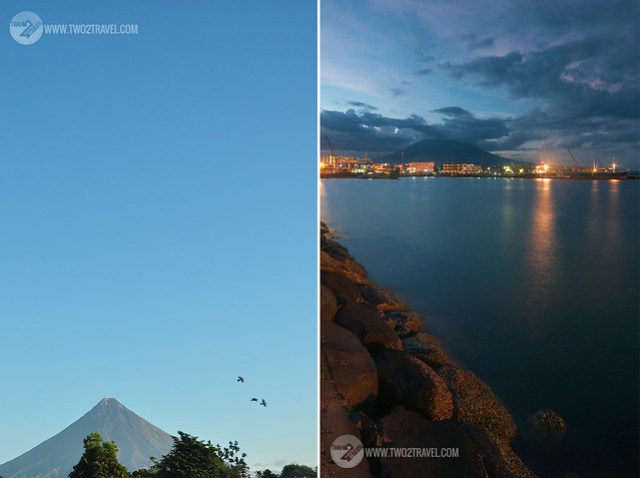 (L) Mayon from Mayon Backpackers Hostel where we stayed (R) Mayon from Embarcadero De Legazpi
Embarcadero de Legazpi would have been unique had Mayon showed itself to us. But it didn’t. Embarcadero is basically a shopping area that’s unfortunately half empty (or half full, whatever). We don’t recommend making the trip here unless you want to see Mayon specifically from this angle. We heard there’s a zipline and other water activities on offer, but we went there at dusk so it wasn’t exactly a good time. One more thing: we think Legazpi has better dining elsewhere. 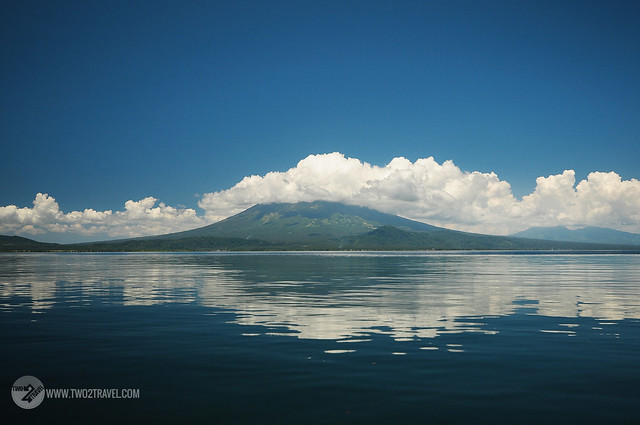 Mayon decided to not show up the entire time we were in this island. The skies cleared up when we were on our way back to Legazpi by dusk. Well, you can’t have too much of a good thing!One thing we realized after this trip: it is impossible to capture Mayon’s immensity. You have to just go and see it for yourself. You won’t be disappointed, unless of course she decides to hide the whole time you’re there.

Ride a jeepney with a Legazpi City route, or else ride a trike to Embarcadero. Cost for the latter for 5 people was P50. Free e-jeepney rides are available from the Legazpi Monument to Embarcadero and back.

Go to the Legazpi Grand Central Terminal and ride a Donsol-bound van (P75 each to Donsol’s sentro; in our case, the driver offered to take us all the way to our resort 3kms away for an additional P25 each. Alternatively, you can take a trike from the sentro to the resorts in Donsol (if you’re going whaleshark watching) for P100 per trip for 5 people).If you’re coming from the Legazpi airport, take a trike (P50 per trip for 5) to the Grand Central Terminal for your Legazpi-Donsol transit. Travel time from airport to terminal is 3-5 minutes.

Take a Daraga, Guinobatan, Camalig, or Ligao jeepney. In our case, we took a Daraga jeep (P8 from Albay Cathedral) and were dropped off at the junction where we hired a tricycle all the way to the ruins for P70 (again, for 5 people; one-way). The tricycle trip took 5-7 minutes but the route is not walkable. If you’re getting out of Cagsawa, walk the 500m to the National Highway, from where you can catch a Daraga jeepney to town (P8 each). Entrance fee to the park is P10 each.

Go to Bacacay, Albay via Legazpi City: From the Legazpi Grand Central Terminal, board a van to Bacacay (P35 each, 40 minutes). Our van driver kindly drove us all the way to Bacacay Port, which isn’t far from where the minivans park (in any case, from the minivan waiting area to the Bacacay port is P7 each on a tricycle or pedicab). We chartered a (big) boat for P2000 from Bacacay to Pinamuntugan and back. No entrance fees in the island.

Click here for our BEAUTIFUL BICOL video!
Got any good viewing spots to recommend too? Leave it in the comments below!