Zambales has been enjoying its fair share of the tourist pie for some time now, and for good reason: its natural beauty guarantees to offer something for everyone—the camper, the not-so-happy camper, the mountaineer, the photographer, or the one who just wants to get out of the slick city and into the peace and quiet of the mountains.

What’s more, it can be as cheap as you want and is very accessible. Hop on a couple of buses, a tricycle, and a boat, and you’re there (in the Philippines, that kind of commute is pretty uncomplicated). So we decided to give camping a try and packed fork and spoon for the first time. 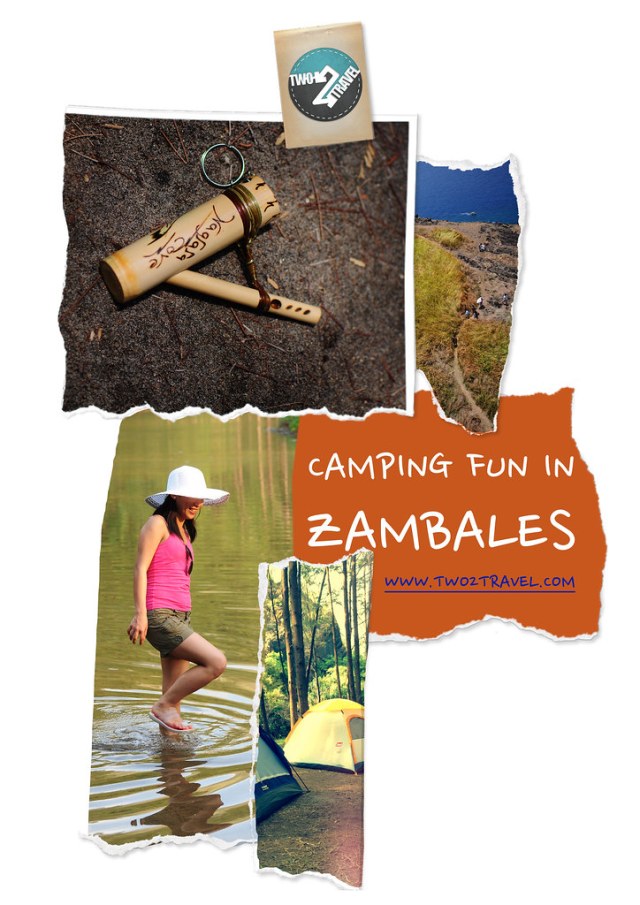 We visited Zambales for the first time during the Holy Week in April and managed, quite miraculously, to evade the dreaded crowd. We had taken the usual route—Anawangin, Nagsasa, and Capones—spread over three days and two nights, arriving on a Tuesday just when everyone was itching to get home from work and pack for the holidays.

On a typical day, Zambales takes roughly five hours from Baguio, longer by two hours than from Manila. Our trip took a record seven hours though, because we had to wrestle with bigger crowds and endless under-construction highways along the way. Still, we were lucky to have secured our own seats. 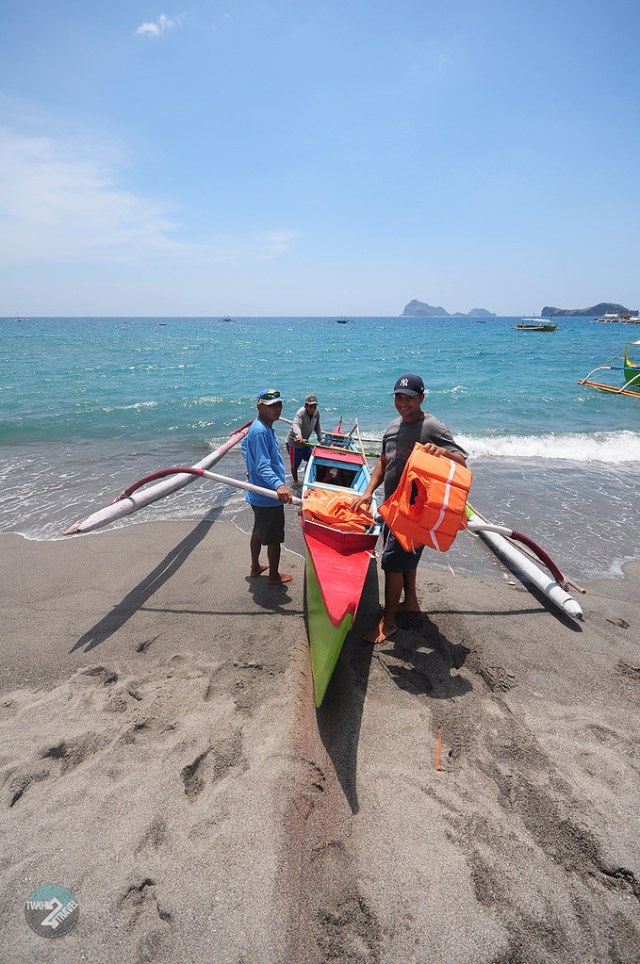 The boat trip to Anawangin, our first stop, had been uneventful at best. We passed by rugged vistas we’ve seen nowhere else yet: grass-covered hills far off into the horizon, the sun bathing them a golden—almost blinding—glow. 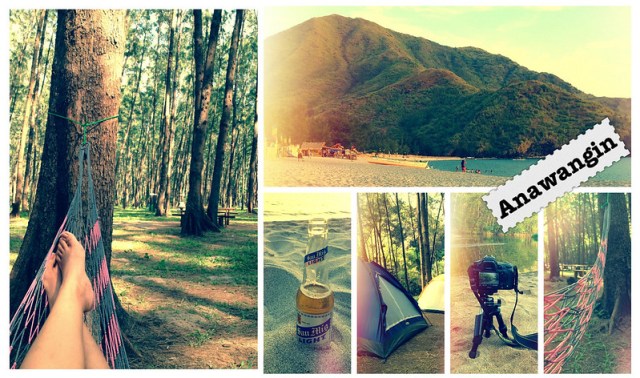 The savannah-like landscape reminded us of Calauit, although Zambales is surrounded by deep blue waters, which are all its own.

The landscape of Anawangin Cove looks a lot like Baguio’s because of the Agoho trees—conifers just like the pines—seeds of which were blown into the coves during the Mt. Pinatubo eruption.

Between Anawangin and Nagsasa, we found Anawangin’s facilities better and more organized—there’s running water, toilets, sacks for trash, and wooden tables and chairs for campers. It was obviously kept to accommodate more people, with Nagsasa covering just about a fourth of what Anawangin can. 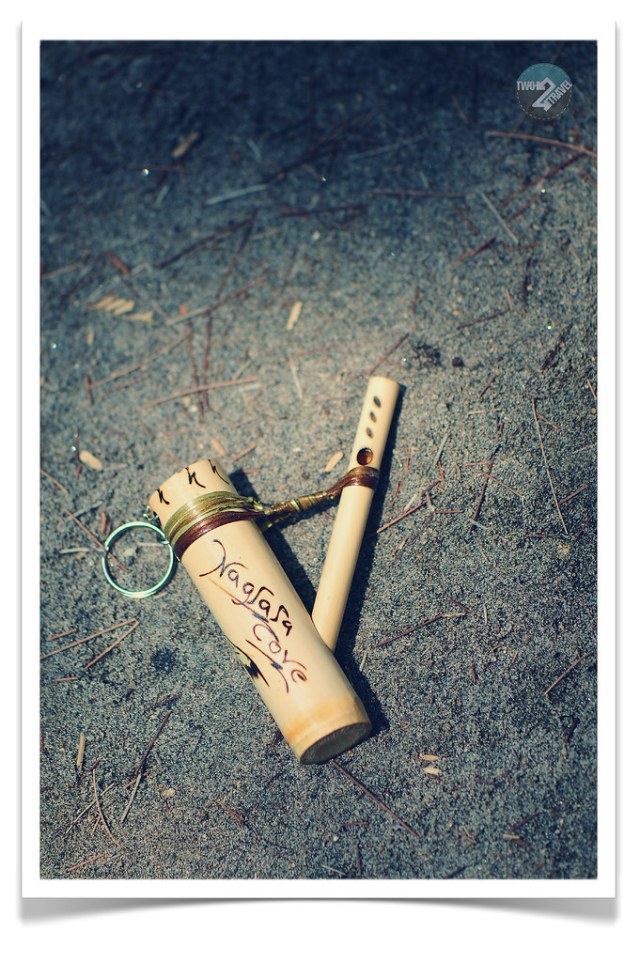 When it comes to the beach, however, Nagsasa is a clear winner between the two. About 10 meters off the shore, the water level was still waist-deep (about a meter high). The waters were clear, although by no means the turquoise or sapphire of other more well-known beaches. 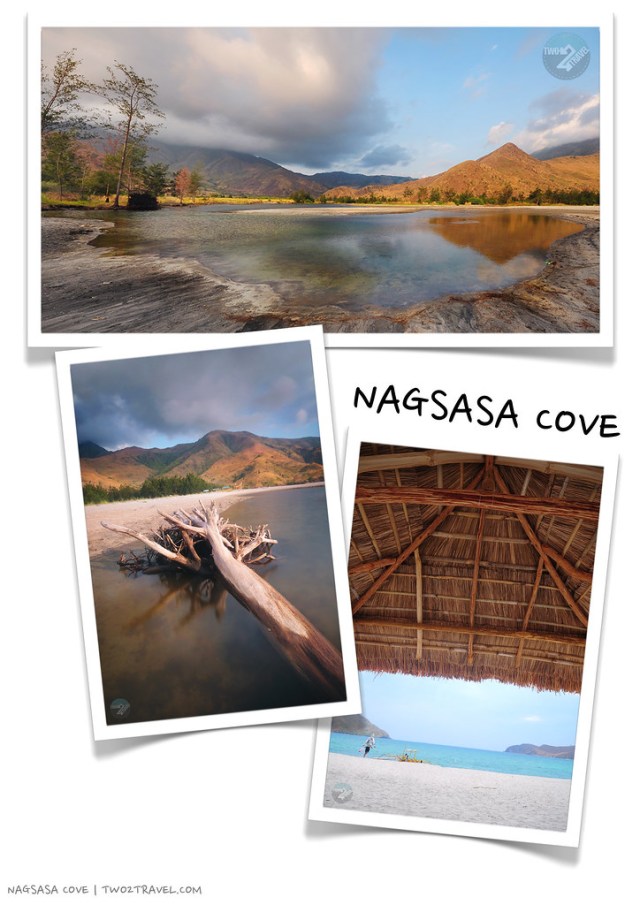 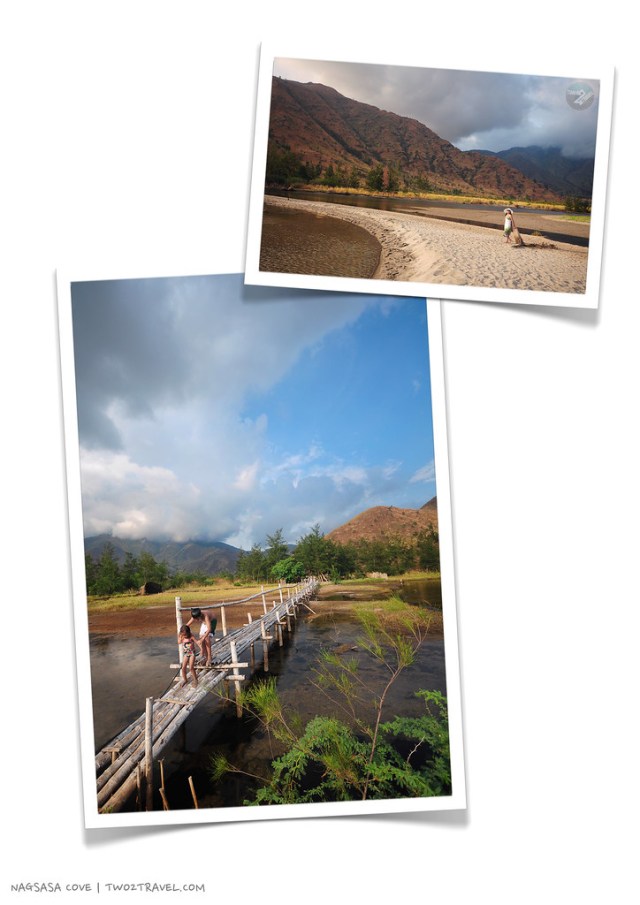 The final leg of our trip consisted of a quick yet all-too-tiring hike to Capones Lighthouse in Capones Island.

This island is popular among photographers, no doubt because of the centuries-old structure jutting out of the skyline white and lonely. As we docked on the western side of the island—the one frequently battered by big waves—we knew exactly why. What little there was of a shore between the waters and the slope leading to the lighthouse was filled with whitewashed rocks of all sizes and shapes. There was literally nowhere else to step on but the odd conglomeration of those white and hard and menacing stones, threatening to quash you or your belongings with a single misstep. 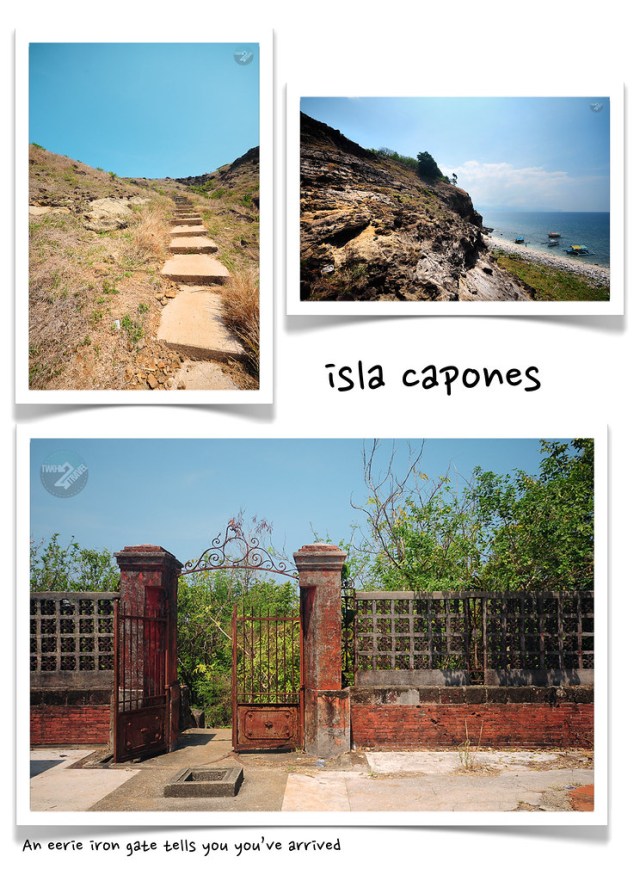 And although we did take the more dangerous route by boat, we were rewarded by a short 15-minute trek to our destination as opposed to the hour-long hike from the eastern side. To say the building had been rustic would be an understatement. It was abandoned, with only the skeleton of a brick structure standing right now. But it was still nothing short of beautiful. 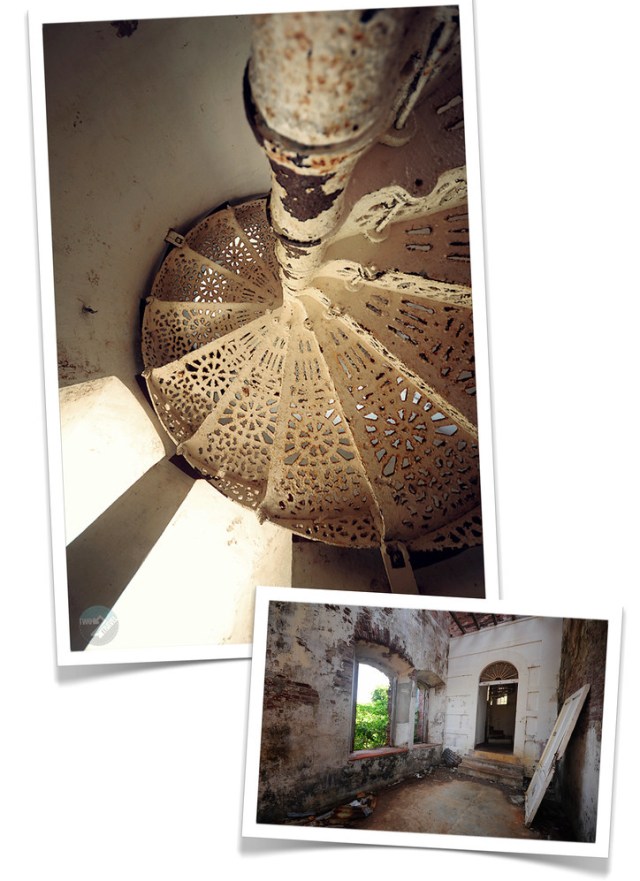 The view from the top had been particularly rewarding: you take in an enormous stretch of the South China Sea West Philippine Sea—the same waters you can see when atop Cape Bojeador in faraway Burgos in Ilocos Norte. Directly below is a meadow, with a narrow trail cutting through the grass from the eastern side. The rocky cliffs that give way to the sea, and the small colorful outriggers floating not far away, are also visible from the lighthouse.

We found the vistas the most worthwhile part of this trip. The most photogenic of all were mostly raw spots that simply happened to have a random but beautifully timed mix of water, sand, mountains, and sun.

Arguably the best way to experience what these three spots have to offer, aside from taking photos, is to simply hang a hammock and marvel at how slow time seemed to move in that part of the world.

Here are some of our souvenirs. You can also read more about our trip on the 10 Easy Trips section of Lonely Planet Magazine Philippines Issue 11, out on newsstands now. 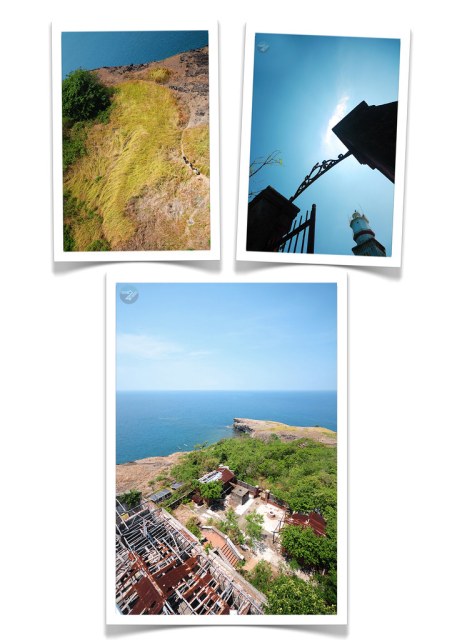 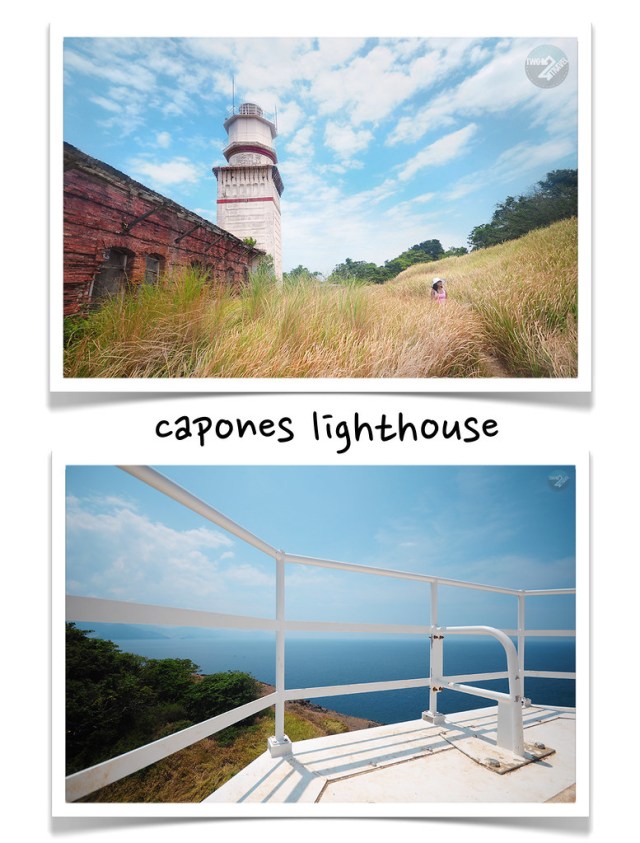 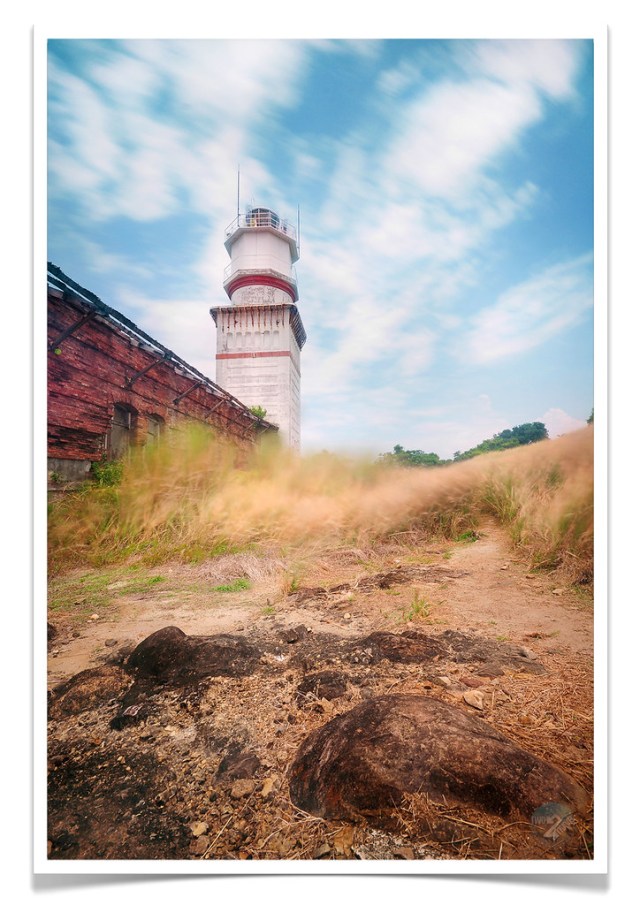 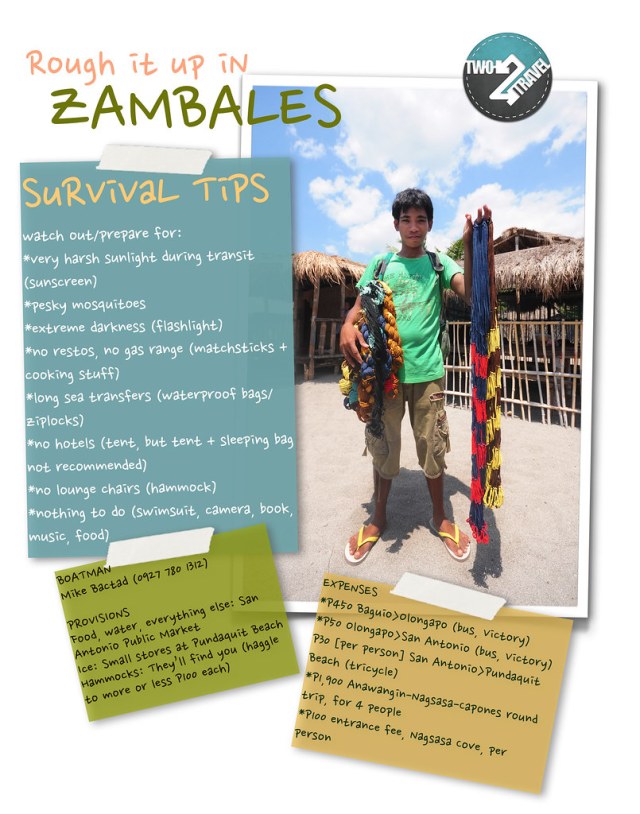