Summer ain’t over just because Holy Week is. Besides, our next destination–Bantayan Island in northern Cebu–is best experienced without the crowds. 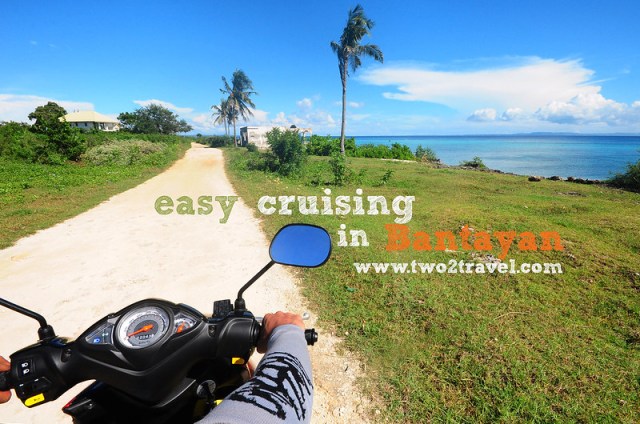 As many who have been to Bantayan would tell you, this is one island where an itinerary is perhaps the most useless thing you’ll ever bring. There’s practically nothing to do here except head to the beach, eat, sleep, and the whole staycation routine we all love to have every now and then.

But this is not to say the island is boring. It isn’t; it has the kind of busy you won’t mind getting lost in actually.

We set out for Bantayan after getting beat up in Sinulog, and what a welcome we had received: we arrived at night, around 7 PM after taking the last ferry, to a town that was full with people in every corner you’d think there was a big family party somewhere.

Ah, yes, it was Sinulog this part of Cebu too—people were clumped in their own groups, most of them with bottles of Red Horse on hand (even ladies). There was also a peryahan in the most scaled down proportions you could ever think of. Bets went for 25 centavos each, and prizes were not humongous stuffed toys but small, individual packets of snacks—the kind we buy from the sari-sari store for P5 apiece (unfortunately we didn’t bring our cameras when we walked around). 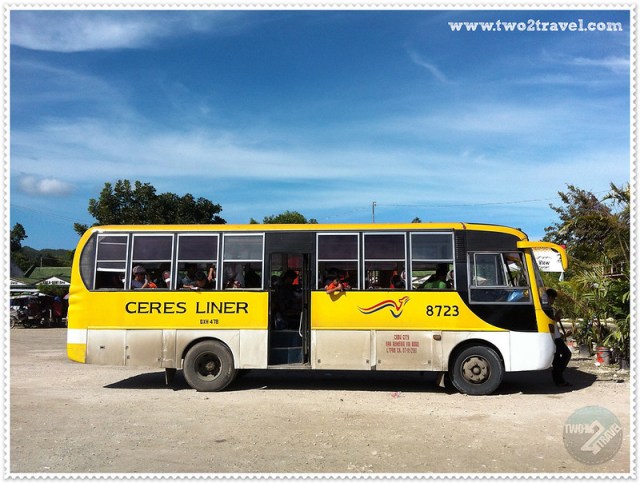 And then there were fireworks. We were having a less-than-satisfactory meal at our inn when a commotion started outside. It turns out, Sinulog festivities in this island included a bit of extravagance too, albeit on a scaled down version—no more than five minutes we suppose, but certainly something to excite people enough, including these two people who still find Baguio fireworks one-of-a-kind. After all, it wasn’t everyday you and I get to see fireworks, and seeing it at the most unexpected time and place made it all the more memorable.

Unfortunately, we only had one whole day to explore. But we were able to maximize our time by renting a motorcycle in Sta. Fe for P300 (24 hours, excluding gas, which added up to just P60). Without a map and a plan, we set out for the road, passing by coconut trees, huts, and unoccupied tracts of land.

It was Owen’s first time to drive a motorcycle (thank God it was an automatic model, something we didn’t have in Coron). Traffic was mercifully sparse, and everyone we met was either on motorbikes or bicycles too. It wasn’t until we reached Bantayan town proper 15 minutes away that we started seeing vehicles on four wheels. Apparently, this spot was the center of local activity, while Sta. Fe where we were based was where the tourists camped out (because it has the nicest stretch of beach, obviously). 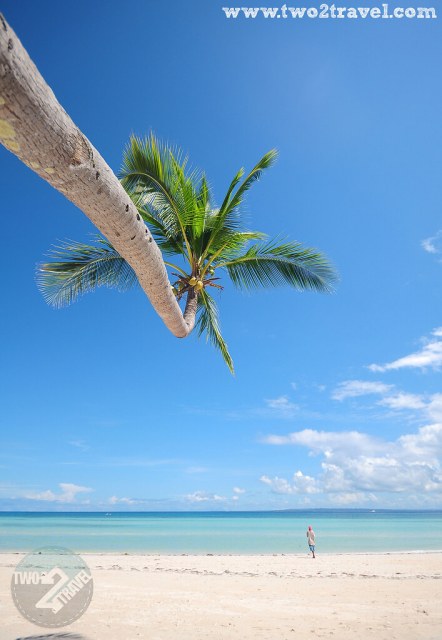 We didn’t go all the way to the northernmost town, Madridejos, because we didn’t want to stretch our luck. So we shuttled between Bantayan town and Sta. Fe, discovering random spots and getting sunburned along the way (if you’re planning on doing this, don’t let the cool air fool you into thinking you’re shielded from the sun, just like we did. Sunburned skin is certainly not flattering). 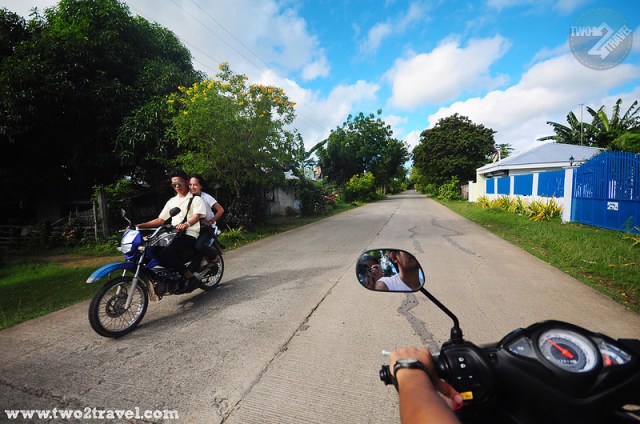 Here are the spots we recommend you visit:

This coral stone church is located at Bantayan town and is easily the most impressive structure in the island. There is a town square right in front where you can while the time away. Not far off is the market, several shops, and the island’s lone ATM (though don’t bet on it). 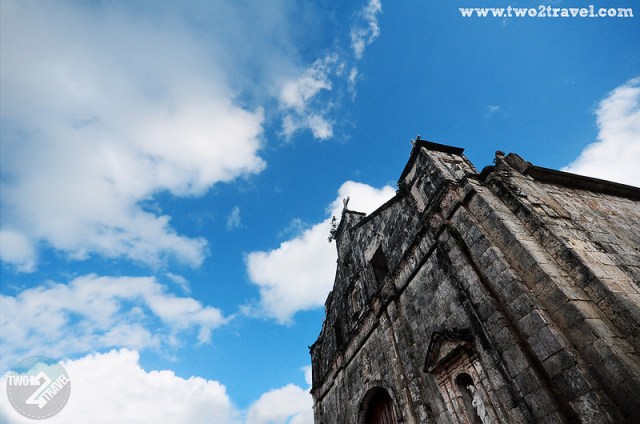 House ruins on a cliff:

What used to be a bungalow with gorgeous sweeping views of the ocean sits on a cliff somewhere at the south of Sta. Fe, way past Sta. Fe Beach Club-Ogtong Cave (not to be mistaken with Sta. Fe Beach Club, which is located farther north). This is a good spot for taking photos of the beach and the sunset. If you look closely, there’s a crevice at the right side leading to shallow waters below—a good place to swim under low tide, we suppose. Ask around for directions as there really aren’t street names. You’ll find it eventually. You’ll have to navigate along unpaved, if narrow, roads, so be careful. 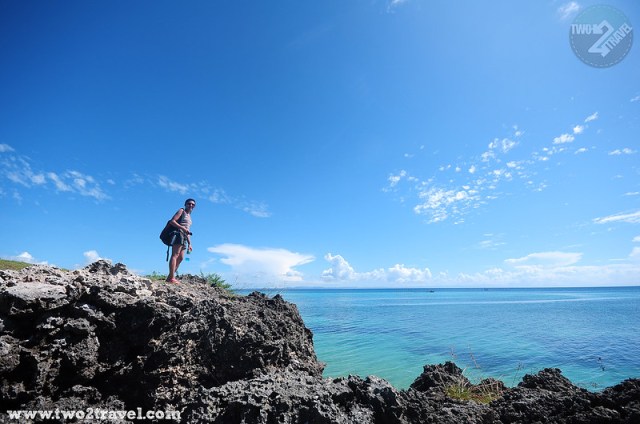 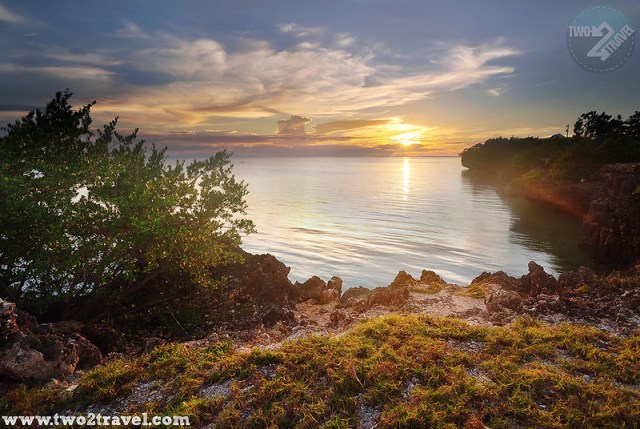 There’s a nice stretch of beach anywhere in Sta. Fe, but the most accessible if you’re driving a motorbike is the one behind the plaza. Don’t worry about your motorbike being carted off; this is a place where everyone knows everyone. Just don’t push too much and bring your keys with you. :) 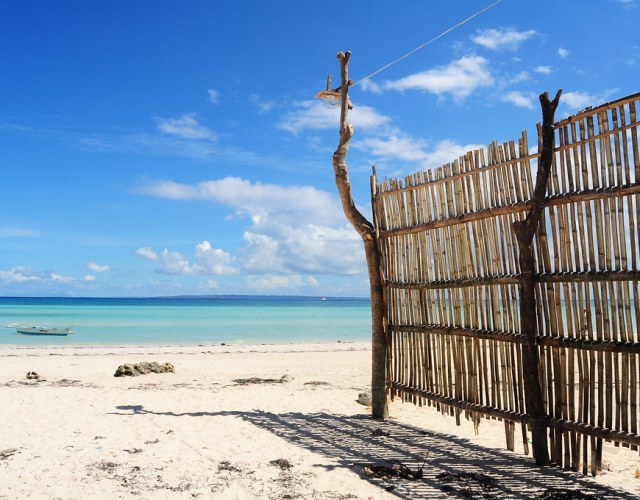 Where to rent your motorbike:
There are countless men around the Sta. Fe Plaza who will come up to you and offer their motorbike. Starting rate is around P350 or P300, but you can haggle up to P250. Gas up at the small Petron station a few blocks from the plaza (and when we say small, it’s a really—really—small outlet). P60 worth of gas will cover a day and a half of exploring (or maybe more). 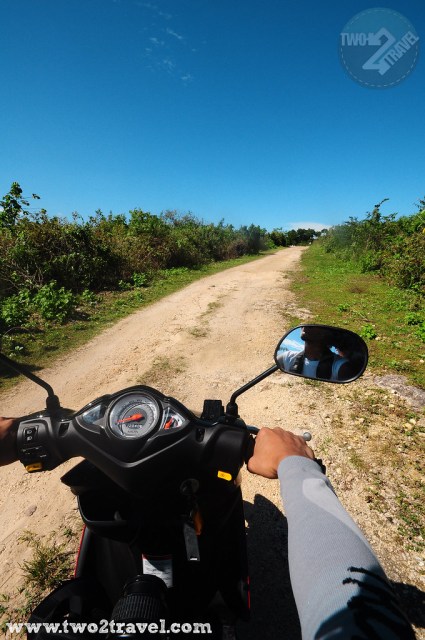 Where to eat:
Aside from the so-so food at Hard Kock Cafe, we ate only at Blue Ice Restaurant, an open-air place with dark wooden furniture all around. It’s found along the line of restaurants at Sta. Fe, and serves excellent fresh seafood. P600 gives two people a feast here. Definitely worth every penny. We can’t recommend other restos as we haven’t eaten anywhere else (the food at Blue Ice was that good), but there is at least one highly recommended pizza place and a fancy cafe with lounge chairs. Order the seafood rice and chili crab! 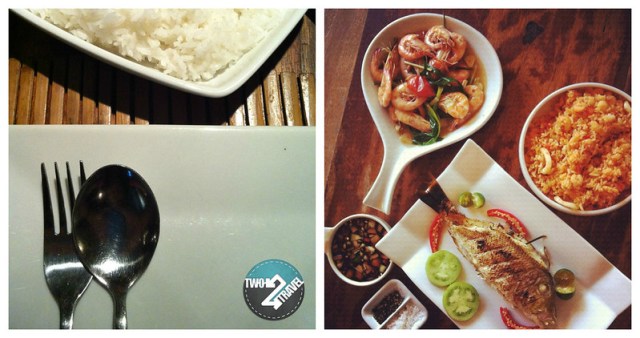 Other tips:
Cash. Bring enough cash as there is only one rather battered-looking ATM in the island. Withdraw in Cebu City before boarding a bus.

Credit cards. There are a couple of (mid-range to high-end) resorts accepting credit cards. We can’t be sure about restaurants but keep enough cash

Schedule. Plan your transit well. It can get a bit tricky because buses going to Hagnaya Port from Cebu City stay only until late afternoon, and the last ferry heading from the port to the island leaves at 5:30 PM. Below is the RORO schedule from Hagnaya Port to Bantayan Island and vice versa. Fare is P170 per person per way, and travel time is 1.2 hours.

Transits. Bus transfers from Cebu City to Hagnaya Port (where you’ll be taking the RORO to Bantayan) are available at the North Bus Terminal (around 15 minutes from the airport). If you’re lucky, you’ll time an airconditioned Ceres bus going to Hagnaya, but since deployment of buses isn’t hourly, just hop on whatever bus there is when you arrive so long as it has the correct route.

Accommodations. Hard Kock Resort (nope, it’s not a typo error; yes, the name sounds a bit inappropriate) has double fan rooms at P500 per night. Spacious and with private bath, these rooms are a good bargain for backpackers. You won’t really be sacrificing much by taking a fan room because nights can get really cold. Another one we tried as Sta. Fe Beach Club-Ogtong Cave, whose cheapest (fan) room is at P1,600 (double). Although it had a cool cottage concept, ours received way too much sunlight during the day and was therefore too hot. The resort has beautifully manicured grounds though. Our favorite spot was the group of benches overlooking its patch of beach, where you can have your morning coffee while the sun rises. Good times.

For the absolute backpacking experience, pitch a tent at Sugar Beach and sleep under the stars. We didn’t get to verify if the P300 camping fee is still in effect, but prepare to shell out as much. 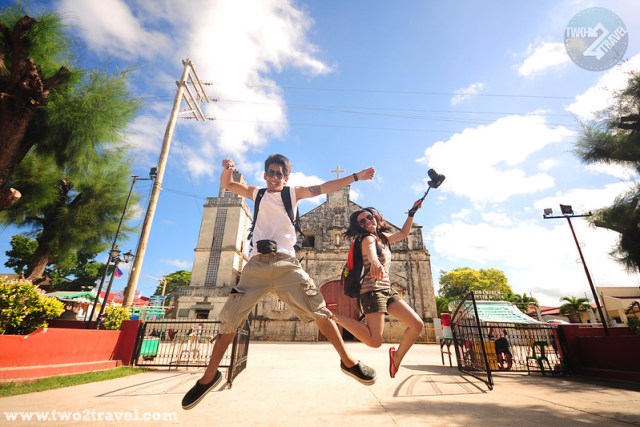 Get a detailed guide to Bantayan + more photos from our free e-book! Download the PDF version here.

Happy travels to you! :D 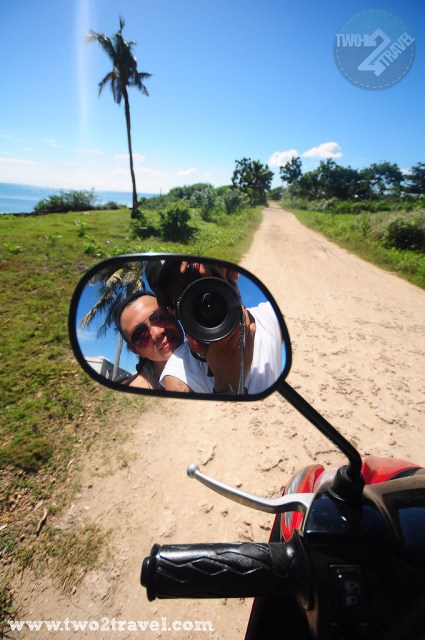