Planes can sometimes be a messy affair. They’re darn expensive when you don’t book 10 years in advance, and they can leave you just like that if you’re not there when they’re ready to fly. But then they can hold you off for two hours or 24 hours at the slightest technical glitch. It’s an unfair world of flying, we know. 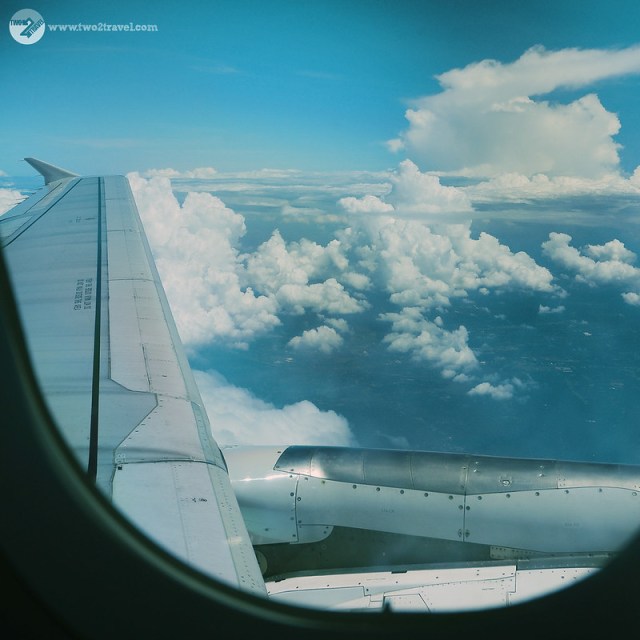 We’ve been left by a plane in Manila once (and had to fork out an arm and a leg for the next available flight).

We’ve been delayed in Davao for a full day, and we practically knelt in front of the guy at our airline’s counter in Coron to let us in on our flight back to Manila after arriving five minutes before departure.

Add to this the delays that are as normal as EDSA traffic on a payday, and you’d probably wonder why you can’t just zipline your way to Mindanao (we do, but on a much smaller scale: Baguio to Manila or maybe Ilocos).

Which is why we’re listing here some of the alternative means of transport to destinations frequently flown by air that we have experienced of late–because the more choices you have, the more possible that dream trip becomes. Besides, if Graham Hughes managed to visit all 201 countries in the world without flying, then we might as well start kayaking our way around our 7,107 islands (hey, that has been done too).

Of course, there are so many other means out there, but as we haven’t tried them yet, we cannot give you firsthand info. Hope the following can help you though with whatever you have in store for 2013!

BATANGAS TO CATICLAN BY FERRY 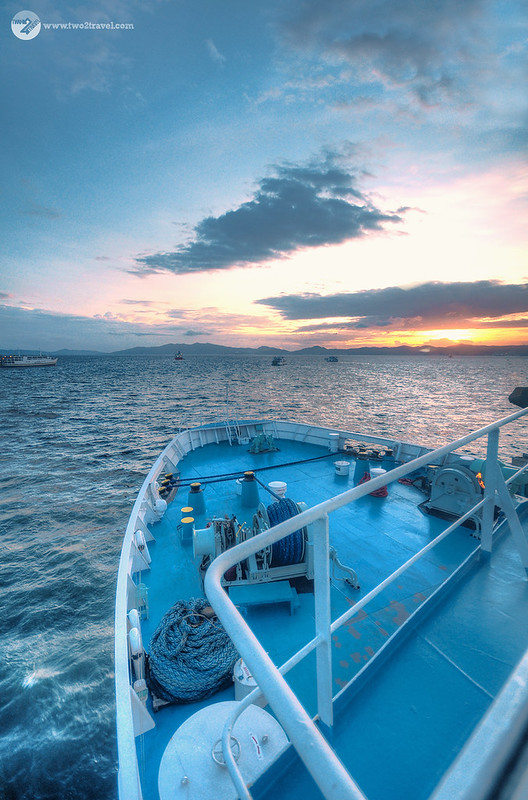 Departing Batangas port for Caticlan in the evening

The ferry has long been there as a transport means, but they weren’t exactly designed with tourists in mind until recently. During a trip to Antique in June, I got on one of 2Go Travel‘s ferries in Batangas, which after about 10 hours in the open seas docked at Caticlan Jetty Port in Aklan. From here, Boracay island is just 15 minutes away, and Antique, Capiz, or Iloilo are easily accessible by bus. 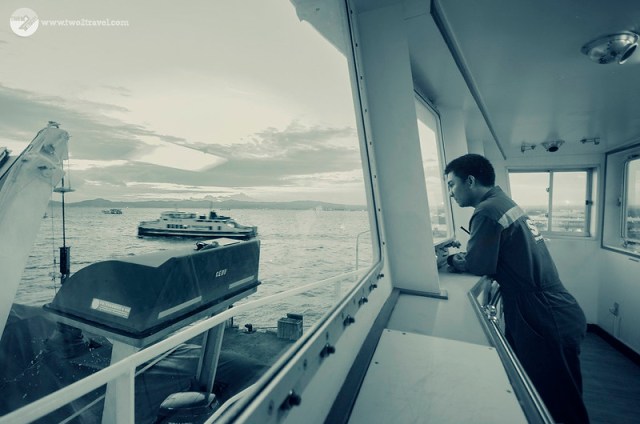 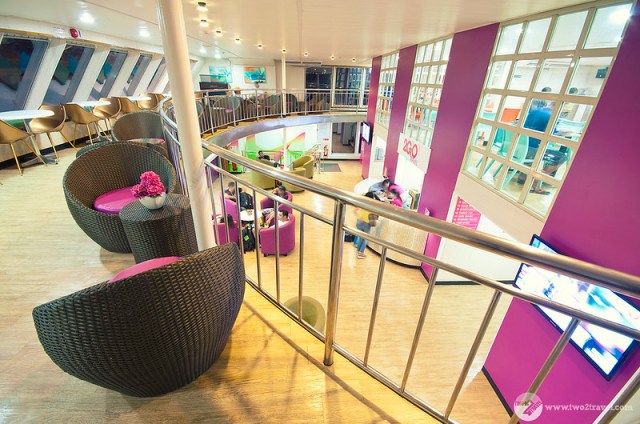 Who says ships look drab? This lounge says NO. 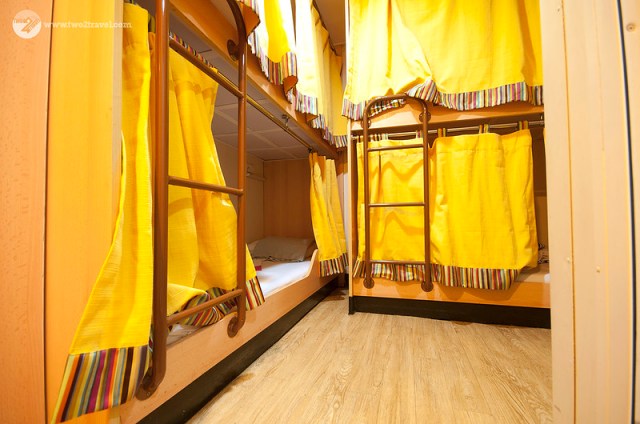 This is how one quadsharing room looks like. It has private bath, locked cabinets, a table & chair, and a MIRROR. LOL 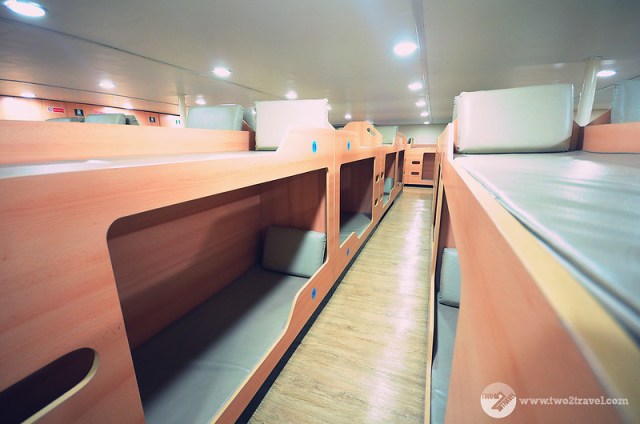 The air-conditioned dorm, which is cheaper than the room shown above. There are also cheaper bunks like this but are non-AC. 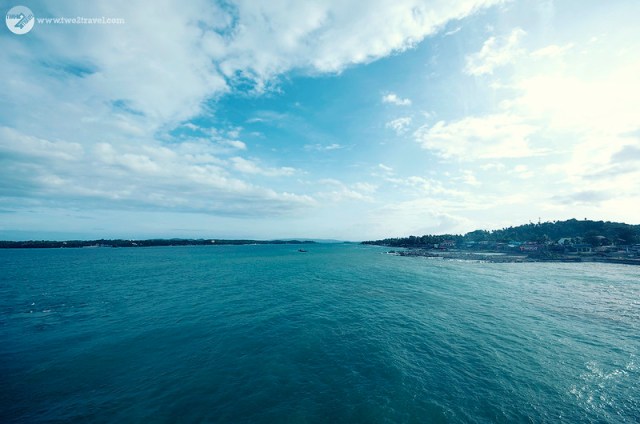 Arriving at Caticlan around 6 AM the next day after 10 hours on the sea. Boracay is that long thin island on the left.

Next page: Manila to Bicol by train