But we found ourselves staying in this island for a month, partly for work and entirely by choice. The people we had met during this time—people with easy smiles who welcomed practical strangers like old friends—compelled us to look at the island the way they do. And in this respect, Boracay the pricey island was shoved, and in its place came an island that’s easygoing, laidback, and generous. It was generous in its natural beauty, and even more so in its people.

But then again we also had to live with things that lead many to call the island a sh*thole. I won’t be calling anybody’s home that, but this doesn’t make the bad drainage, choking traffic (both vehicular and pedestrian), and many other unpleasant images, mostly at the expense of the environment, any less real. They are.

White Beach itself isn’t as placid as I remember it from two years ago, and the changes in the tides have become drastic. There were days when we could barely walk along White Beach from Diniwid, as crashing waves lent some parts practically impassable with the slightest rains. 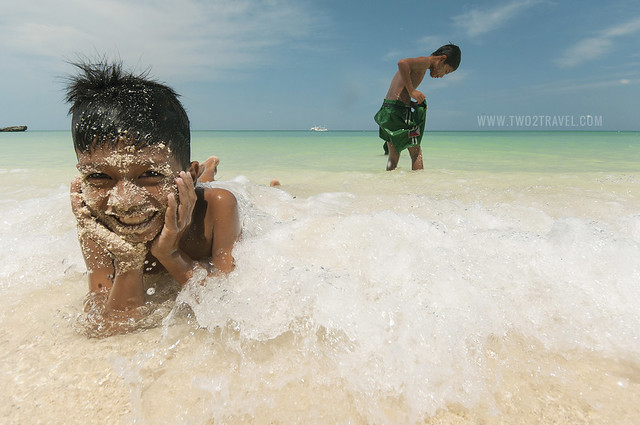 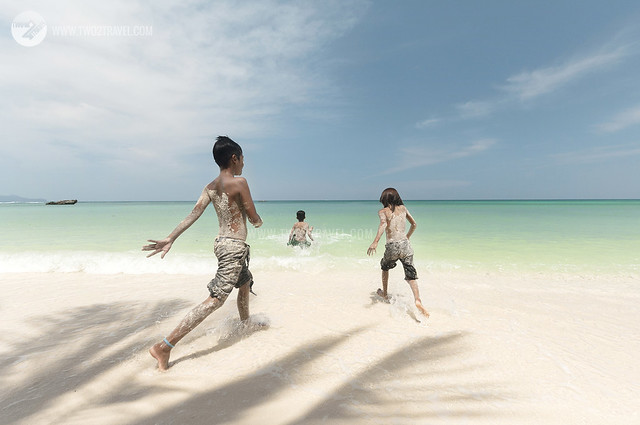 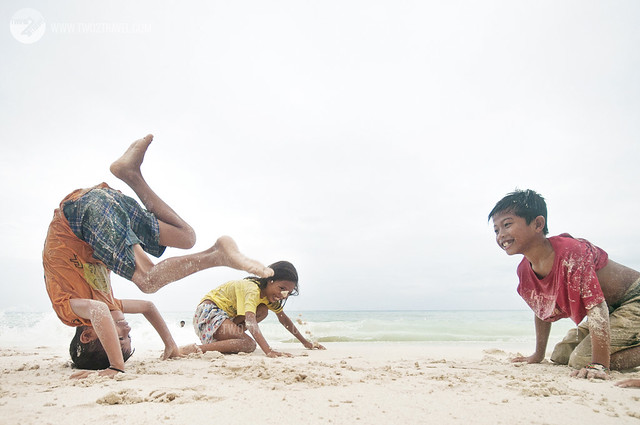 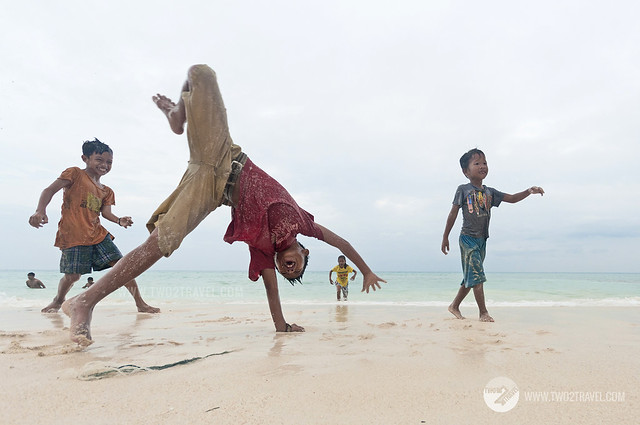 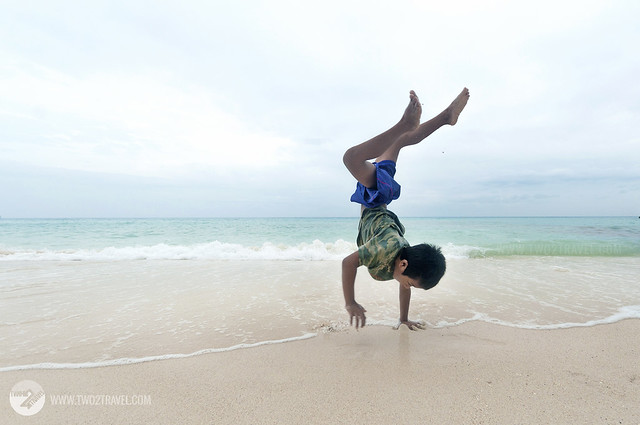 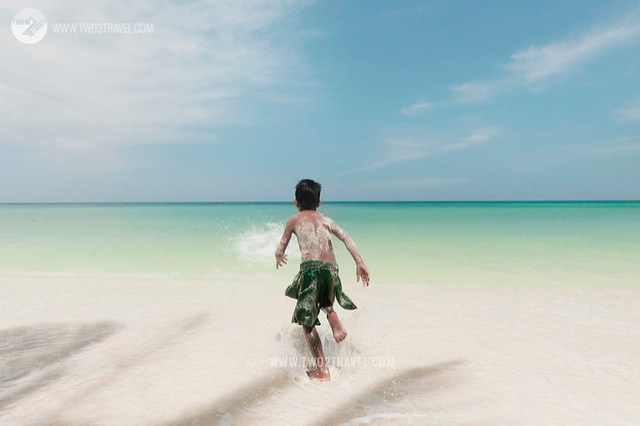 There were times, however, when mornings would mean waking up to an avalanche of seaweed washed ashore from the night before. 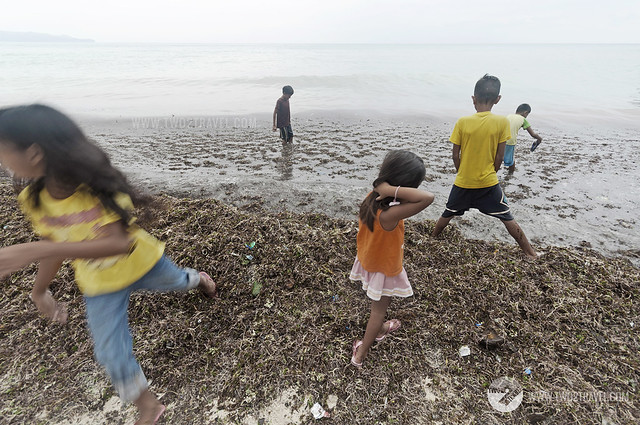 We chanced upon this group on a windy Saturday afternoon on the way home. There were two groups on the beach, two young boys to each net, pulling while another one dives into the waters to catch fish. Curious, expecting we’d have to see a big fat one hauled back to shore later on, we asked if they would be selling their catch.

They said no. “Pang-ulam” was one of the boys’ curt answer.

We waited, hoping it would indeed be a big fat fish. 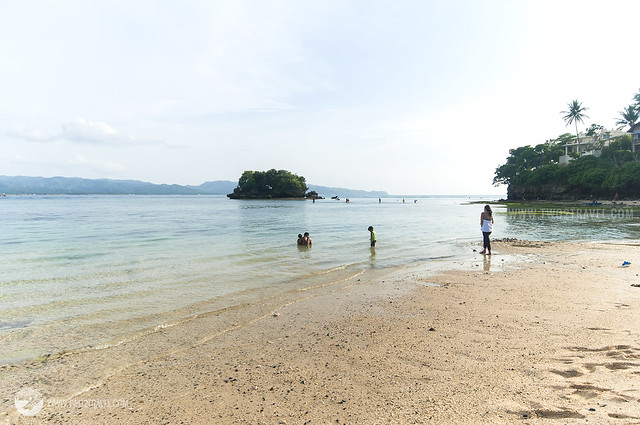 Another day, another beach. We hopped on our trusty borrowed e-bike and drove to the other side of the island. It was, after all, the weekend. For us who know nothing of the difference between weekends and weekdays back in the city, this–a Sunday–was a guilt-free time to be out, to be in a different place just because. At Manoc-Manoc Beach, on the island’s southern side, we found residents scouring the low-tide beach for sea urchin.

If the Boracay map we were consulting was to be trusted, there were 14 beaches in Boracay. We went to about 11 of them. This one’s Lugutan Beach. 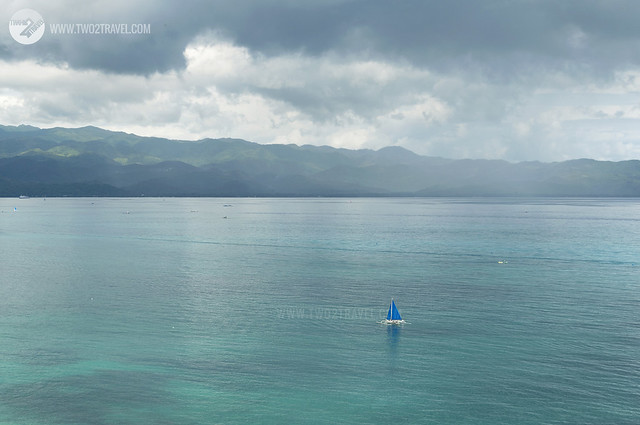 We can’t say we’ve seen everything though. This little island, after all, is too complex to comprehend in four weeks. But this is not to say we didn’t get to see something different. We did, and we loved every bit of it. It was like being let in on a secret. We felt like we were seeing everything for the first time– 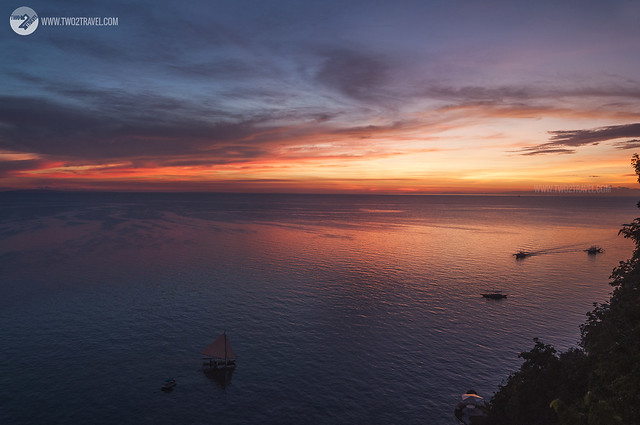 –everything, including the sunset. At this moment, our first sunset in the island for this trip, we saw paraws noiselessly gliding westward. From up the hill, we could hear the faint laughs and mumbles of the sailboat’s passengers, apparently engrossed in what they surely believed was a magical moment. We believed so too, only that, at that moment, we were closer to the heavens than they were.