So here we are, after 10 years of living in Baguio — our first time in this part of the Cordillera.

So like everyone else in our group — two from Manila, one who’s just come home from two years in Saudi Arabia — Owen and I didn’t know a thing about what was waiting for us. Part of us was counting on a decade’s worth of living in the Baguio cold to withstand whatever awaited in the mountains of Pulag, but as the day wore on, as thick fog descended on our candy-colored tents and as darkness crept in, so did a kind of chill that was strange even to us. 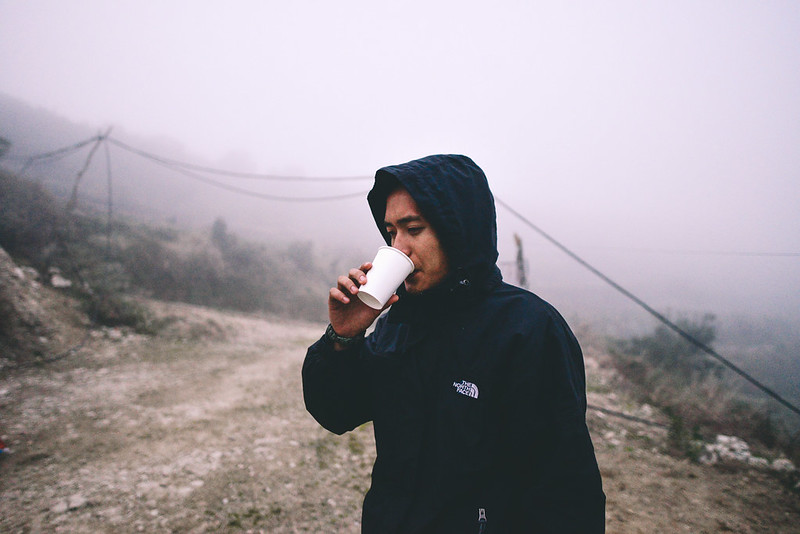 We love the occasional serious adventure, and this — our year’s first trip — was as serious as any can get. We had everything every self-respecting tourist would have in serious times like this: emergency blankets (the flashy, noisy ones that will probably save you from the cold but not from the guilt of sleeping very noisily), sleeping bags, headlamps, a hundred layers of clothing, and the thickest damn jacket the ukay-ukay at Harrison can give.

Of course, apart from our stash of Andok’s chicken and Jollibee burgers, we also had beer to ward the cold off. Owen brought these canned Royal Dutch beers with 14% alcohol content in them — which turned out to be quite the perfect choice: very potent at a far less baggage. It was enough to give us a few hours of shut-eye (could have been more had one group of pesky tourists not decided to go shouting at midnight). 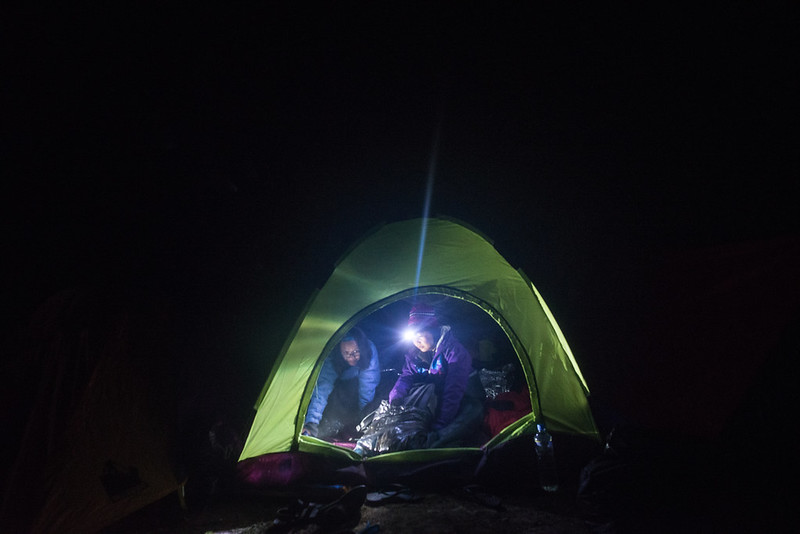 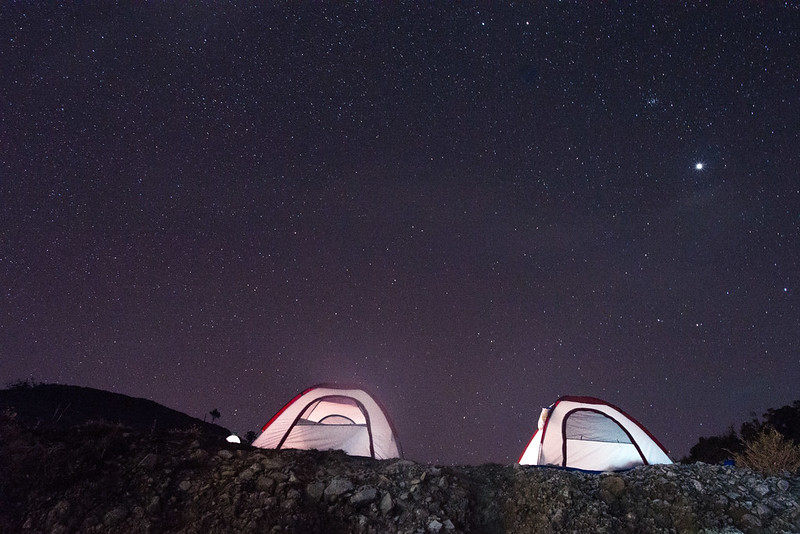 We were to start our trek at 1 AM directly from the Ranger Station where we were camped (the usual camping grounds halfway up the summit having been closed earlier due to heavy rains). Yep, we were going all the way to Pulag in one go. And back.

The reality of what we were doing dawned with every step we took in the darkness, with every layer of clothing that we slowly peeled away as we began to feel the brunt of the steady climb. For four hours, we walked seeing nothing but patches of mud in front of our feet — the only view that our headlamp could afford us. There was no sightseeing, no picture-taking.

Up we climbed, along endless grassy paths and slopes that steadily went from manageable to miserable. The last few minutes passed by in a fit of feverish climbing, all muscle pain forgotten as we pushed farther and faster, because the first of the morning was breaking in a gigantic sliver of orange. We didn’t go through all that trek only to reach the peak late.

And yet, we did not see the sea of clouds of Pulag.

We did see the sun rise, yes. But this sunrise was borne out of a clear day, its rays bathing us all gold — the grass, the slopes, the countless groups of people who had climbed with us that Tuesday morning. Its warmth was welcoming, glorious even. We sat there, looking over the vast mountains of the Cordillera as they slowly took shape.

And then it was all over in a few minutes. We sat there, pink-faced from the cold and sore from the climb. We devoured stone-cold fried chicken shortly after, trying not to think too much of the very long way back.

Photos by Owen and Nikka / Last photo by Ed Catapia
Check out our recommended Airbnb in Baguio HERE.