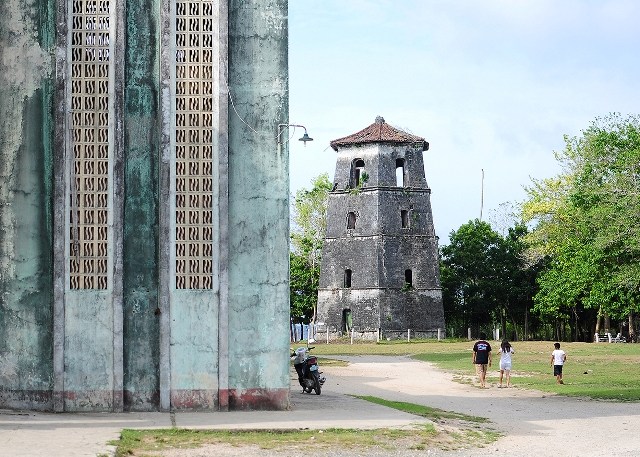 The picturesque San Agustin Church and the expansive park around are an ideal place to observe locals.

There’s something quite liberating about feeling the cool air against your face as you whisk past huts, children in school uniforms walking side by side, and old women in Sunday dresses biking their way to church.

A walk through a humble pier would take you to a view of the sunset overlooking mangroves and boats, with the occasional father-and-son tandem paddling their way to shore.

In the early morning, it’s common to see bagfuls of pan de sal dangling from the side of motorcycles and bikes, their drivers clearly just having woken up, pedaling home from the nearby bakery where several others have made a beeline as well.

Such was the life in Panglao Island in Bohol province we saw while on a motorcycle—poignant, simple, and characteristically free from the trappings of the five-star resorts hidden somewhere along its coastline.

Having previously motorcycled our way around Cebu’s Bantayan Island and Palawan’s Coron all the way to Calauit Island’s safari, we were raring to find out how Bohol would be like outside the air-conditioned van.

We made the right choice staying in Panglao, well away from the humdrum of the province’s capital city. In contrast with high-traffic Tagbilaran, Panglao hardly had anything on four wheels except the occasional bus and jeep, and everyone else was either on motorbike or bicycles too. Once we even saw a Caucasian tourist walking barefoot on the side of the road.

We instantly felt we belonged, and if not for our two-wheeled buddy, we would not have seen the province the way we did. 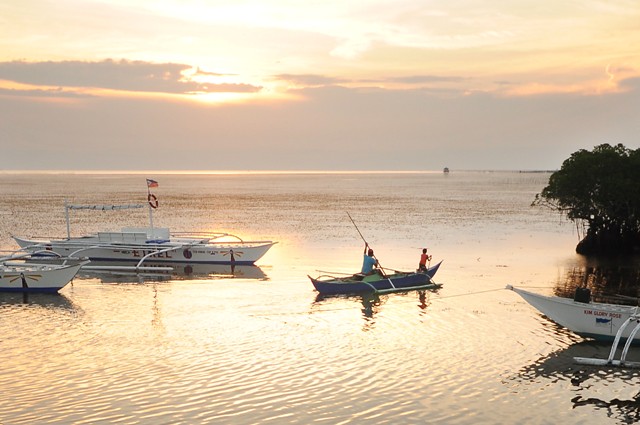 Father and son head home after a day’s fishing, taken near the mangrove-lined pier of Panglao.

Afternoon rains had been frequent, and we weren’t spared. We were caught under a downpour while treading a dirt road that had no waiting sheds nearby. We were on our way to Hinagdanan Cave, some 15 minutes from Alona Beach (which hosts the largest concentration of tourists in the island).

We had earlier made several detours, having missed the signs more than once. Besides, we found it quite fun to pick up speed along the well-paved, tree-lined main road, and simply headed back when it was obvious we were heading the wrong way.

Read the rest of the article here.