We saw this for the first time in 2011 during the Dinagyang: flocks of men standing in front of stacks of speakers, staring as if in a trance, and doing absolutely nothing else. You couldn’t help but notice since the speakers were giving off such loud sounds you just had to cover your ears, but these men–with some just an inch away from these black boxes–were unblinkingly staring at them. 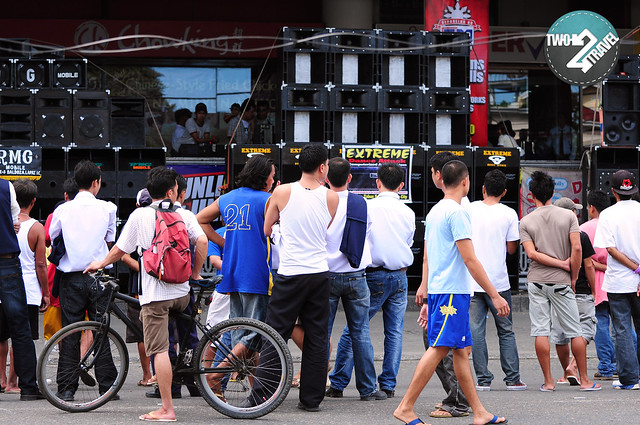 As we would later read from Two for the Road: Travel Tales by Anita Feleo & David Sheniak, which also won the National Book Award for Travel in 1998, and also a great inspiration for Two2Travel:

We were greeted by a crowd of thousands dancing between four massive theater speakers. The acoustic displacement of the air was actually palpable. We were literally pushing our way through a wall of sound. 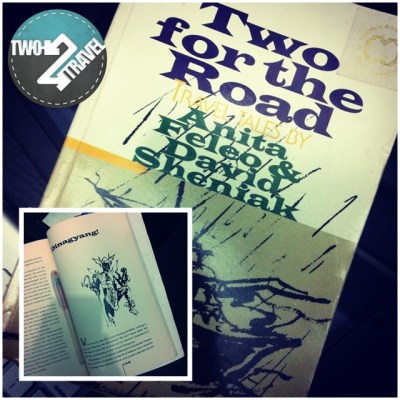 We knew it was a yearly Dinagyang sight for we saw the same walls of speakers on every street corner in Iloilo this year.

As Ilonggo blogger Berniemack Arellano puts it in his blog, HabagatCentral.com, “These speakers usually line up the streets of downtown Iloilo City during Dinagyang season for the “battle of the sound systems,” wherein disco and sound system companies bested each other out by producing the loudest music there is. [..]

During Dinagyang, the drumbeats are not the sole music and beat kings of downtown Iloilo City–giant speakers too! That’s hala bira tugs tugs for you!”

This time we tried how it felt to stand there a little longer, and soon we found ourselves throbbing from head to foot, the hair on our hands and feet rising in protest. We didn’t stay long for fear of breaking our eardrums, but it sure was one of the experiences we knew we won’t be having anywhere else, at any other time. Only in Iloilo, only in Dinagyang!