If there’s one thing we love about Iloilo, it’s the food. And if there’s anything better than the food, it’s the price.

Eating out in Iloilo means dining in well-loved homegrown restaurants and hole-in-the-wall eating places, all of which give you bang for your buck. Fresh, cheap seafood; hearty bowls of batchoy, and below-zero beer with live jazz music—the only thing better than all these is experiencing them during the Dinagyang, the BEST festival we’ve seen YET. 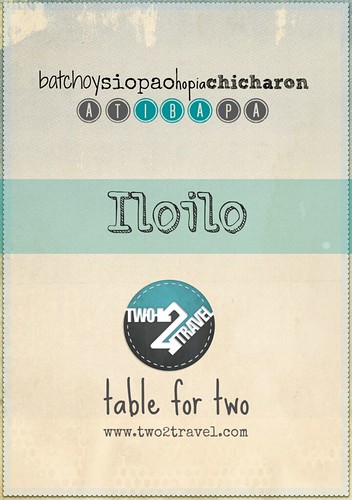 We’ve seen Dinagyang twice, and it’s sad we can’t come this year, but for those who will, here are some food and/or restaurants you can try.

The chicken tinoum is a chicken stew that’s different from tinola and pinikpikan because of its three main ingredients (aside from the chicken): onion, tomatoes, and lemongrass. Wrapped in banana leaves, this stew is served on clay bowls in Leah’s Tinoum, arguably the most popular place in town to have this dish. 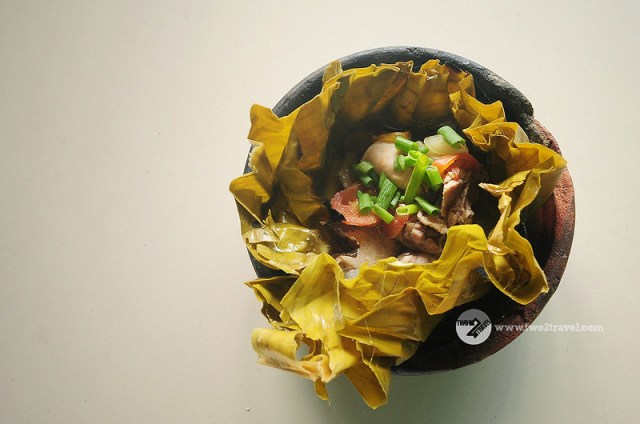 Leah’s is nothing more than a rundown carinderia, its space small and its tables and chairs the usual wood and mono bloc. But this is exactly what the experience is about: no-fuss, simple dining that’s all about delivering authentic taste. Each bowl goes for P50.

How can you NOT eat batchoy in Iloilo? There’s bound to be someplace nearby—any place—that serves this steaming bowl of noodle soup with pork cracklings, and each of them will claim that they’re the best Iloilo has to offer. It’s really just a matter of preference—we didn’t like our first taste of batchoy two years ago (maybe because we had it at a local chain’s mall branch? Malls do have their way of ruining things, no?). 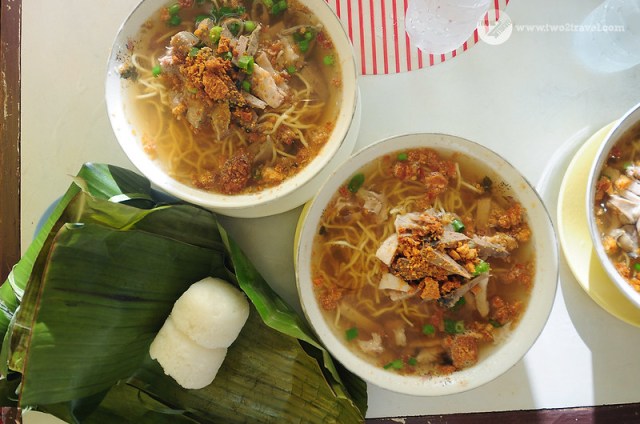 And then we went to Deco’s, one of the (supposedly) two most popular batchoy places in the province. There’s a Deco’s branch on practically every street, but the one at the market where we dined was supposedly the “original” one (and by “original” in Pinoy-speak, we mean “first”).

And it did look like it had been around for a very long time. The space could hold perhaps just 30 people (maybe less), and there’s nothing of the fancy stuff you see in its mall branches. 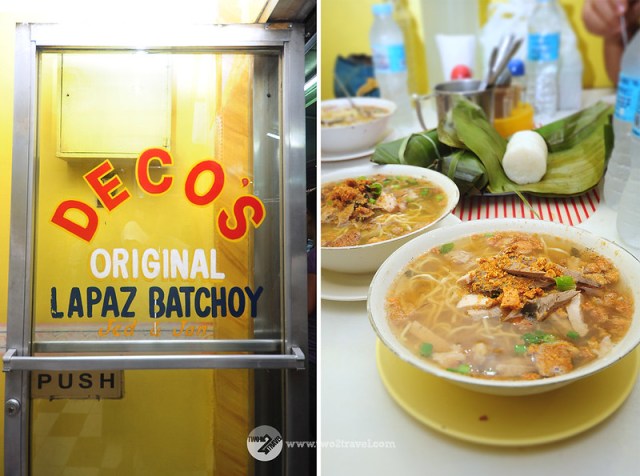 Bowls of batchoy come in more variants than our fingers can count, but we ended up ordering the Special (or was it the “Original”? We really can’t figure out the difference). You need to make room for this because the bowl is HUGE (each goes for P60, but there are cheaper options). We loved this one better than our first one, and that’s saying something because the mall branch we were talking about was Deco’s too.

Ted’s Old Timer is competing head to head with Deco’s, or so it seemed because where there’s a Deco’s, there’s bound to be a Ted’s somewhere nearby. And true enough, there was a Ted’s branch right next to the Deco’s branch at the La Paz market where we dined. We liked the batchoy at Deco’s more, but the others on offer at Ted’s are affordable and tasty all the same. It’s the kind of place you would rather find yourself in when you’re extremely hungry but wouldn’t want to bet on Jollibee or McDonald’s. 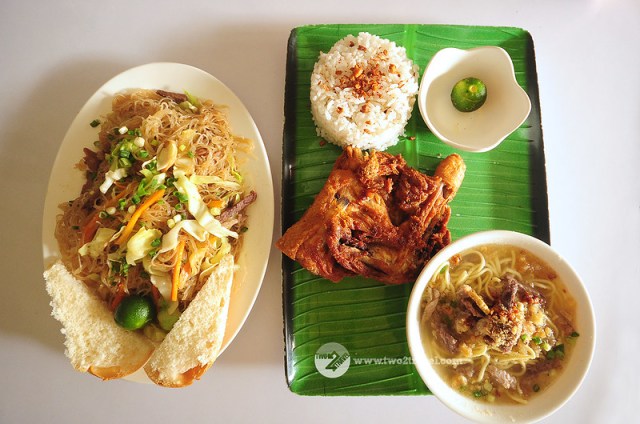 Fresh seafood by the beach: this is one of Breakthrough’s main draws. Add in affordable and you’d know why this is Iloilo’s most popular seafood restaurant. 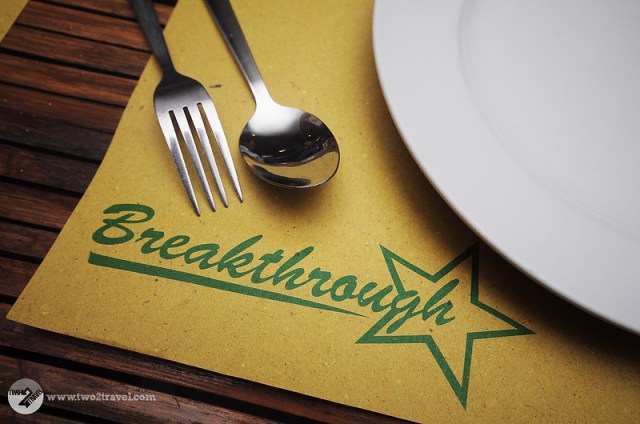 It’s going to take you about 30 to 45 minutes from Jaro to Arevalo, but the long commute is worth it once you sit on one of their wooden benches and you see the Guimaras Strait on one side. Guimaras, home to the world’s sweetest mangoes, is visible from your lunch table. 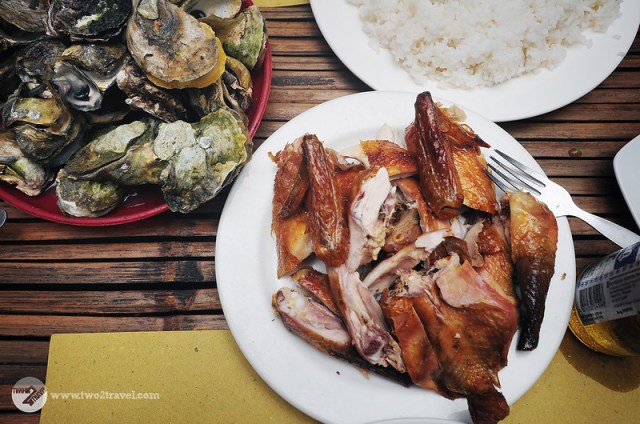 You select what you want from a huge tub where they dump all the day’s fresh catch, and you can then feast on aligue rice, fresh oysters, native chicken inasal, and practically all the seafood you can think of (plus some new ones, which are abundant in these Visayan waters). 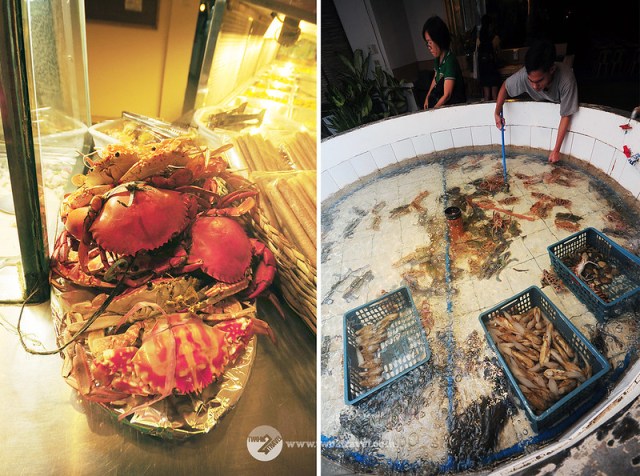 Most likely a competition of Breakthrough, Stanley’s offers practically the same food (but without the tub), but with a lower-key ambience. In our opinion though, they make better chicken inasal here than Breakthrough. Head here if you prefer a less sophisticated vibe (Breakthrough kind of gives off that feel), the kind that would not fault you for eating with your bare hands. 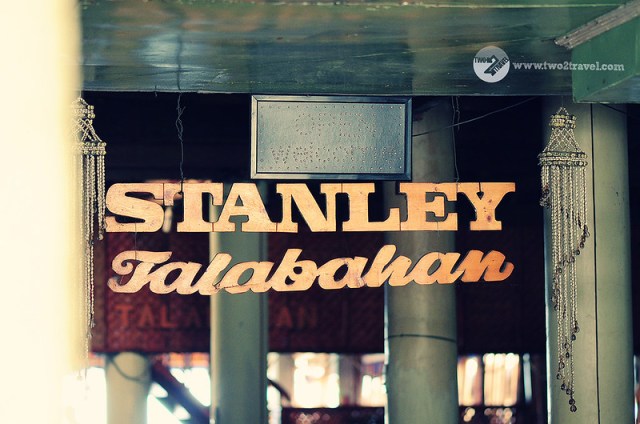 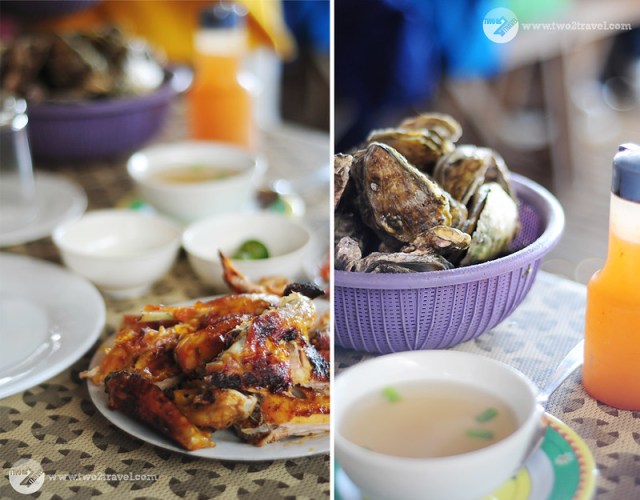 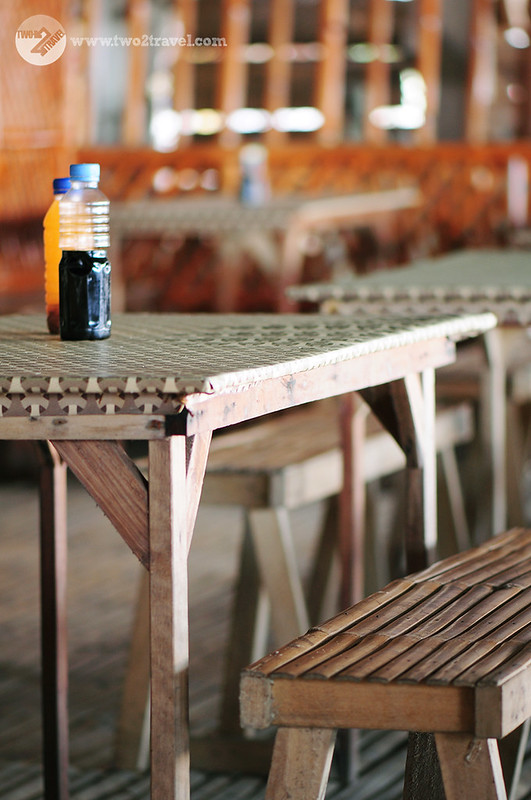 Then again, this doesn’t mean you can’t simply dine along the streets. The festival strip in the city is full to bursting with beer and everything else on sticks. 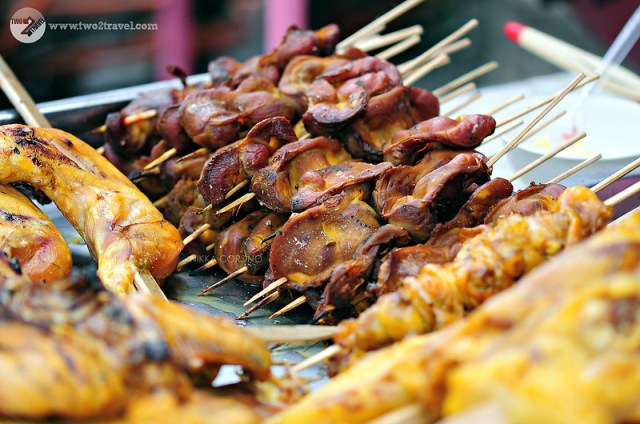 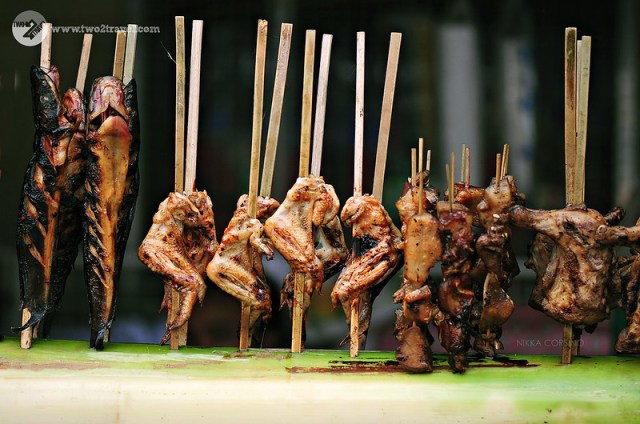 There’s also this resort where we spent half a day but whose name we couldn’t remember (anyone please?). It’s a beachfront property with cabanas you can rent for the night, and the place seems perfect for families. The beach though isn’t really nice for swimming, but if you just want someplace to while the time away, its tables (for rent) are perfect for a couple of hours of lazing around. 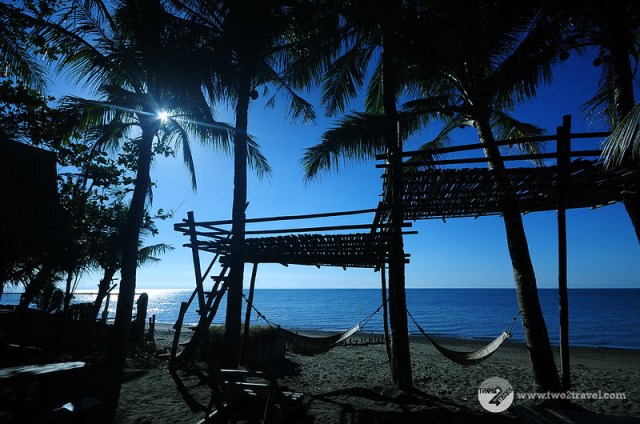 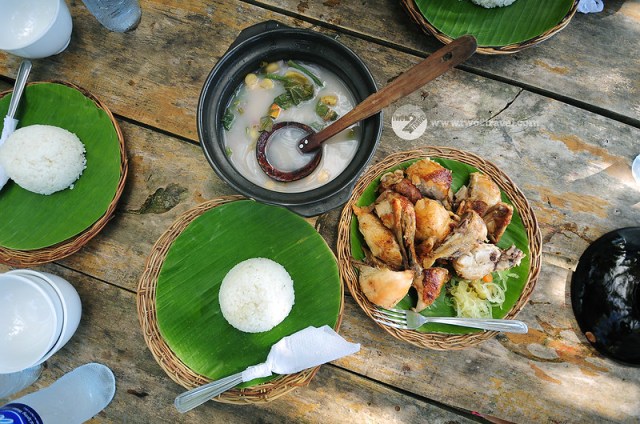 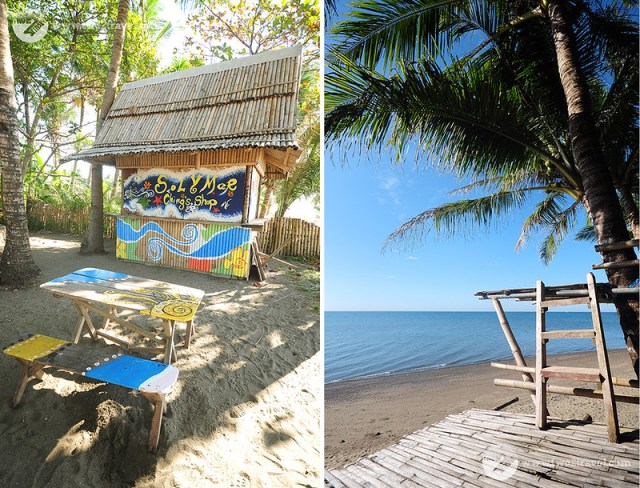 What are your favorite eating places in Iloilo? Share some in the comments box!