I’d had high hopes before embarking on my trip to Barbados, and I certainly wasn’t disappointed. One of the things that struck me most about this small but perfectly formed island in the east of the Caribbean was the sense of romance that seemed to pervade virtually every street, beach and bar. Benefiting from superb weather, stunning beaches, sumptuous cuisine and welcoming locals, it makes the ideal vacation spot for loved up couples. 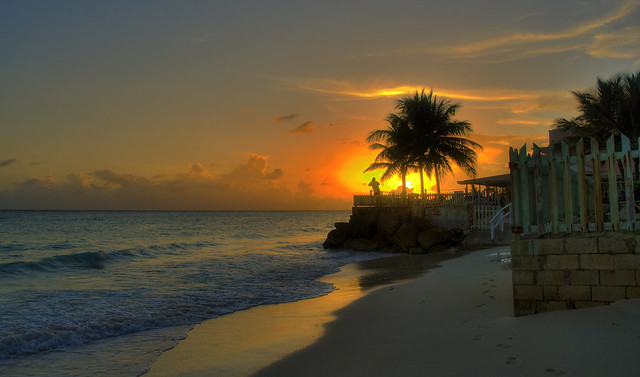 Image by Berit Watkin , used under the Creative Commons license

I’d received mixed advice about where to stay on this sun kissed island. If it’s surf you’re after, head to the east coast. There, you’ll find stunning scenery and plenty of waves. However, like many of the people who venture to Barbados, my partner and I opted for one of the relaxing resorts on the west coast. This sheltered stretch benefits from beautiful sandy spots, calm seas and plenty of luxurious hotels and restaurants.

Take a picnic tn the beach 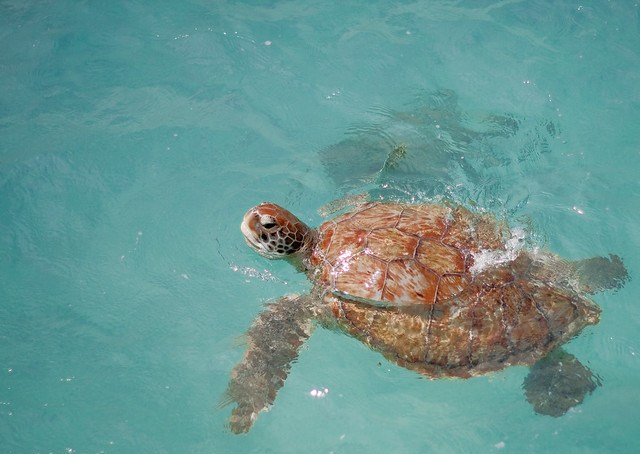 Image by Shayan (USA), used under the Creative Commons license.

It’s easy to spend day after day simply sunbathing and swimming while in Barbados, but if you really want to make the most of your time there, it’s a good idea to organize the occasional special date. You certainly won’t be short of options. One of my favourite holiday memories involved taking a simple picnic to Gibbes Beach. This 300-meter stretch of sand has to be one of the most scenic on the entire island and it lacks the commercial look and feel of many of the other coastal spots. The beach is bordered by tall trees, adding to the sense of seclusion. This also means there’s plenty of shade if you want to escape the sun. Take along a picnic and taste the island’s famous rum.

No trip to this destination is complete without at least one high-end meal. You’ll be spoiled for choice when perusing the array of eateries on offer. Wherever you end up, look out for local delicacies like flying fish. Another unique flavour comes in the form of sea urchins, known in Barbados as ‘sea eggs’. Around 17 different species of these creatures can be found around the coastline and they are usually steamed, but if you’re feeling brave, you can eat them raw.

Another top date tip is to head inland to the island’s lush interior. Boasting fields of sugar cane and beautiful botanic gardens, this rolling terrain is superb for a romantic stroll. It’s also well worth checking out one of the island’s plantation houses. For example, right at the heart of the island lies the 350-year-old Fisherpond Plantation House. Set in immaculate grounds, this fascinating building lets you step back in time to the island’s colonial past. We missed it, but if you’re there on a Sunday, you can also sample a planter’s buffet lunch while listening to live piano music.

To get the most from your holiday, it’s a good idea to book your flights to Barbados and time the trip carefully. Travelling in the winter, we enjoyed virtually unbroken sunshine. January through to April is generally considered to be the best time to visit the island as these months are the coolest and least humid. Of course, you don’t have to restrict yourself to this window, but if you don’t want to get wet, avoid the official hurricane season. This runs from June to November.

With a little planning, you can enjoy a romantic break like no other in this corner of the Caribbean.

Barbados is tailor made for honeymooners. If it’s romance and relaxation you want, then look no further. Alternatively if you want to up the pace a little, you won’t be disappointed. Barbados boasts beautiful white sandy beaches, coral reefs, stunning sunsets and luxury accommodation. With its British colonial heritage and vibrant Bajan culture, it’s a melting pot of Caribbean and British flavour. Flights to Barbados are regular and good value (see http://book.flythomascook.com/cheap-flights/to-Barbados-Caribbean/ for some real bargains) which means you have more room in your budget to spoil yourselves once you get there.

With its history, Barbados does of course have some stunning architecture to be seen throughout the island. There are deserted beaches on which to relax and soak up the Bajan sun, along with some of the most luxurious hotels and romantic restaurants in the Caribbean. For those who prefer to be a little more active there’s golf, hiking, snorkelling, fishing, scuba diving and horse riding, plus a long list of excursions to suit every taste. These are some of our favourites:
END_OF_DOCUMENT_TOKEN_TO_BE_REPLACED