Sleeping on the floor of a hut on an uninhabited island was a new thing, and we did it in El Nido. 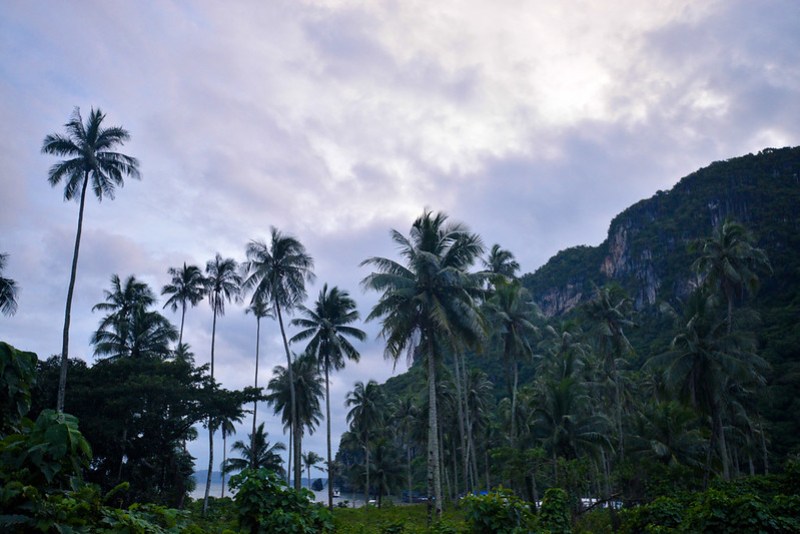 Earlier that night, our group of five tourists and three boatmen dined on an assortment of grilled and fried things; our only source of light was a piece of cloth stuffed inside a bottle of Coke filled with gas. There was a guitar, and the guys who were steering our boat earlier were now belting out Freddie Aguilar songs over copious amounts of rum coke. One of them was marrying the love of his life soon and seemed jittery about it; the other one kept poking fun at him. Our guide also told eerie tales from the islands (“May araw talaga na mangunguha ang dagat“), and one of my friends got help finding her way to the bathroom from somebody who looked like one of our other friends.. who happened to have been somewhere else at that time. We stayed long enough to see the moonrise, until the sky went completely dark and we decided it was time to retire to our hut. That was Owen’s birthday salubong, the end of the only sunny day we would have in El Nido.

And we didn’t have a single photo to show for it.

So it probably did not happen, depending on your life’s beliefs. After all, this was fabled El Nido, where anything from the mundane to the magical to the eerie can happen. 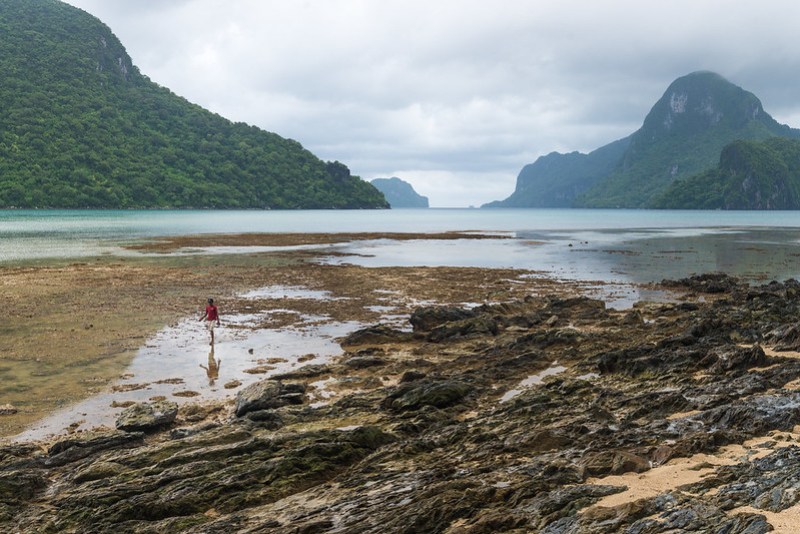 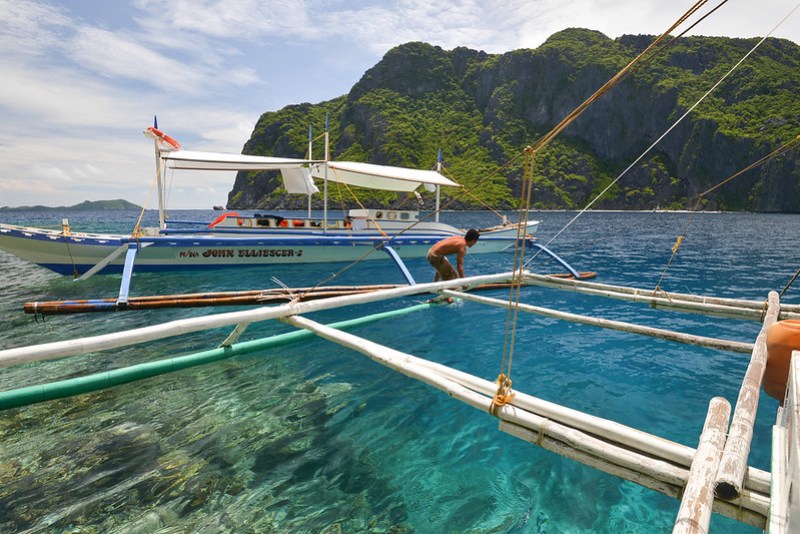 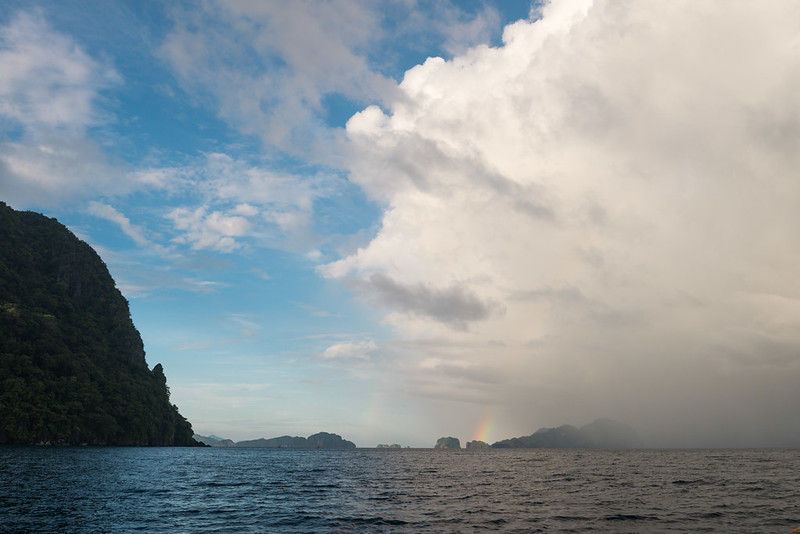 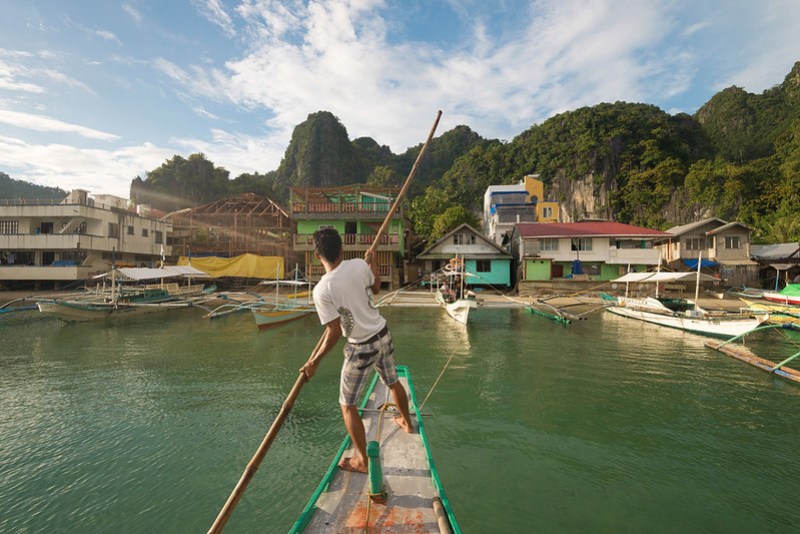 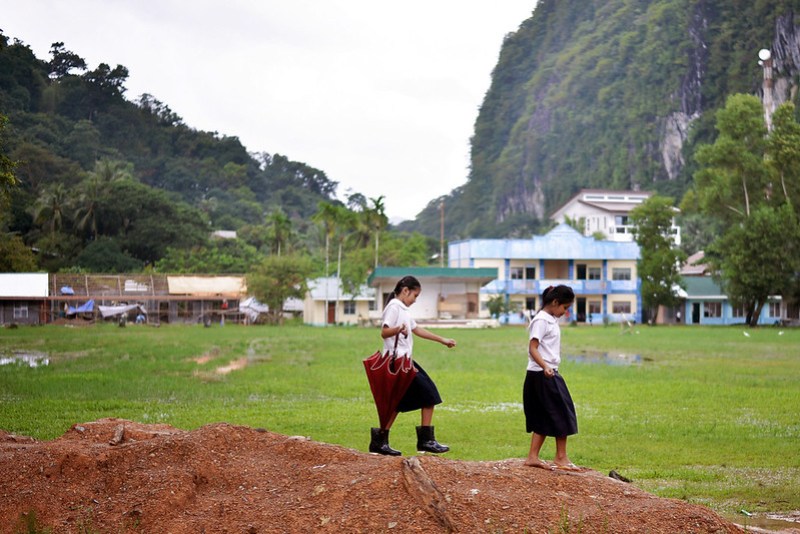 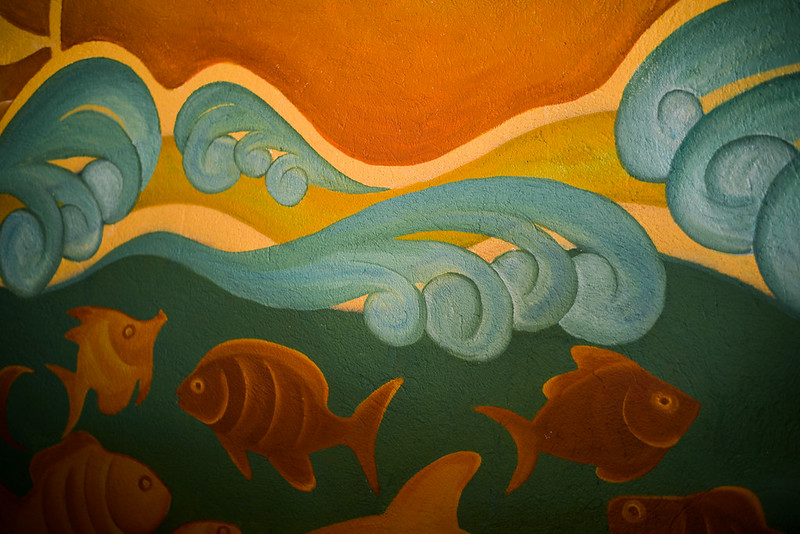 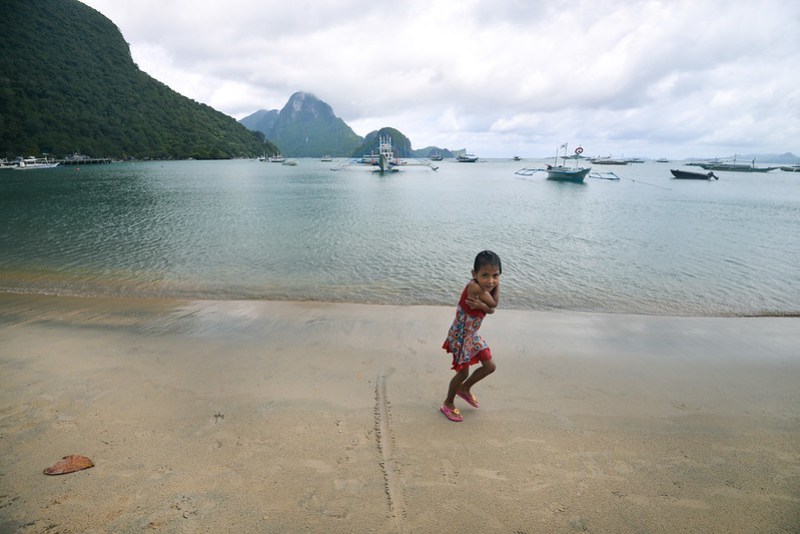 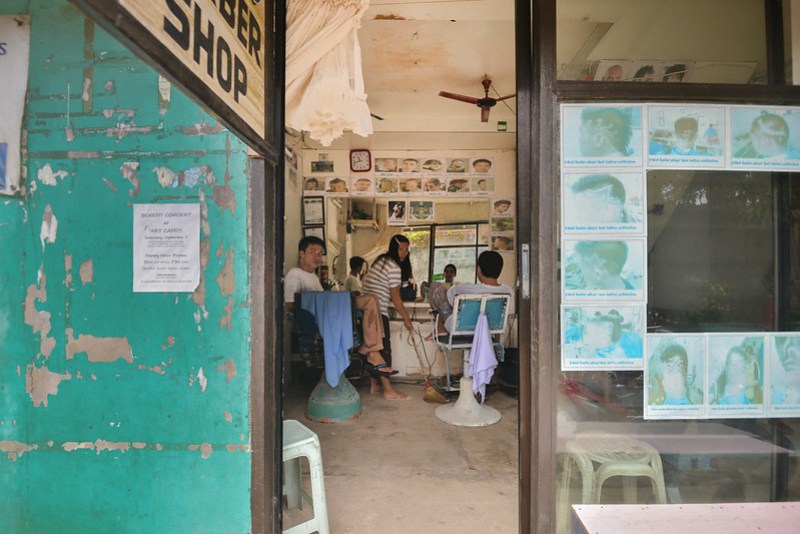 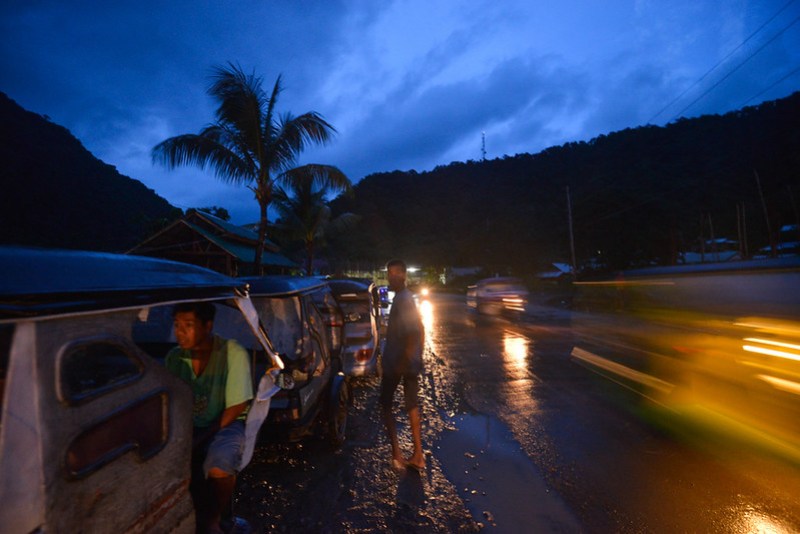 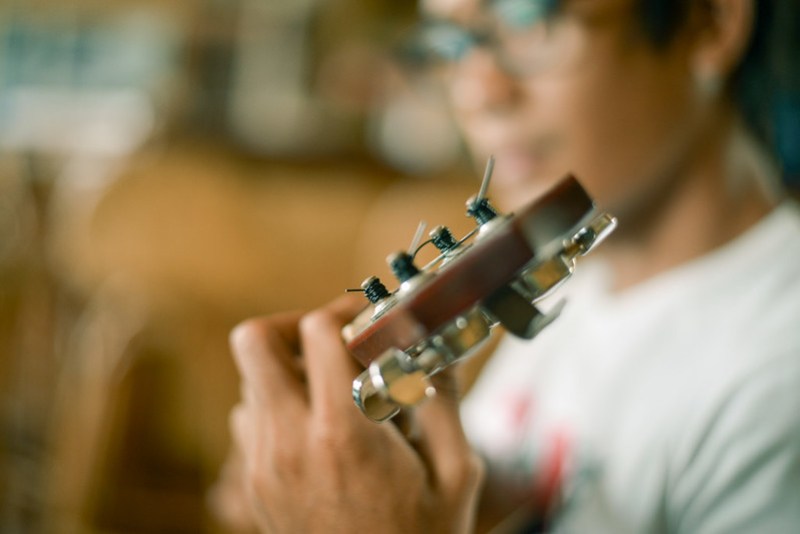 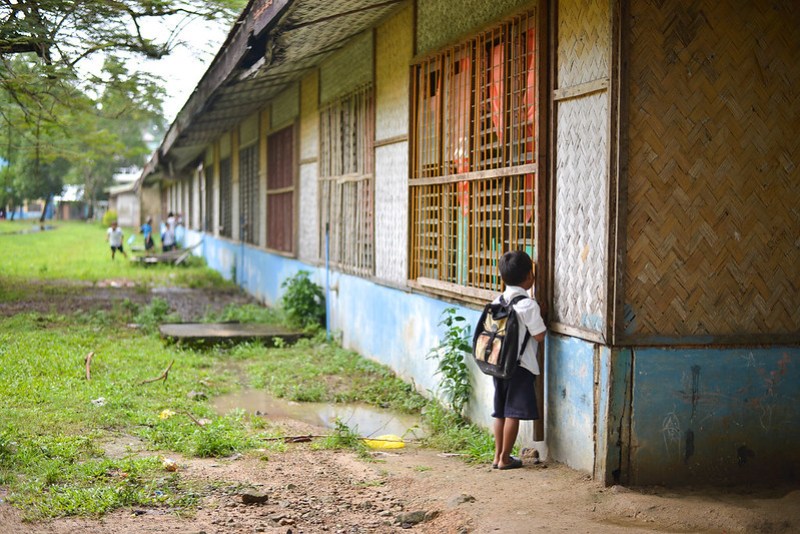 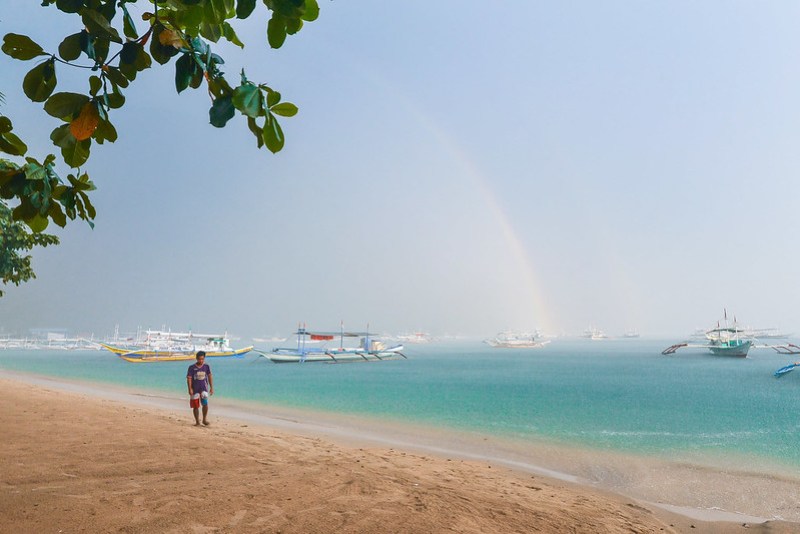 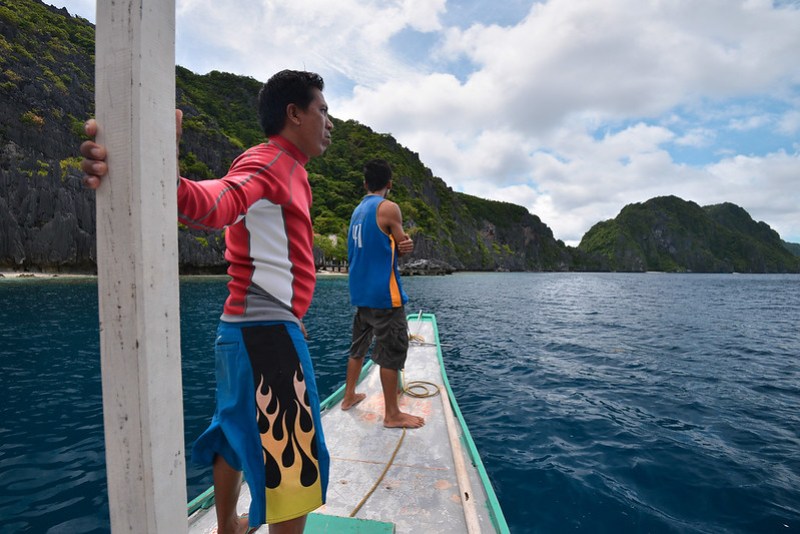 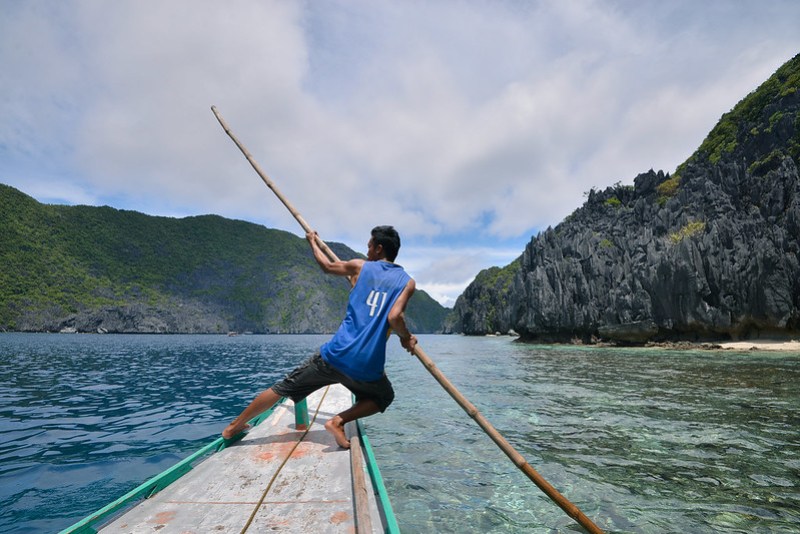 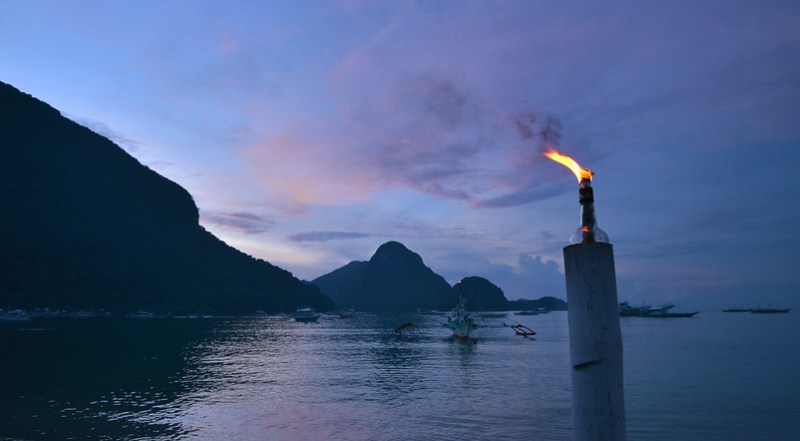 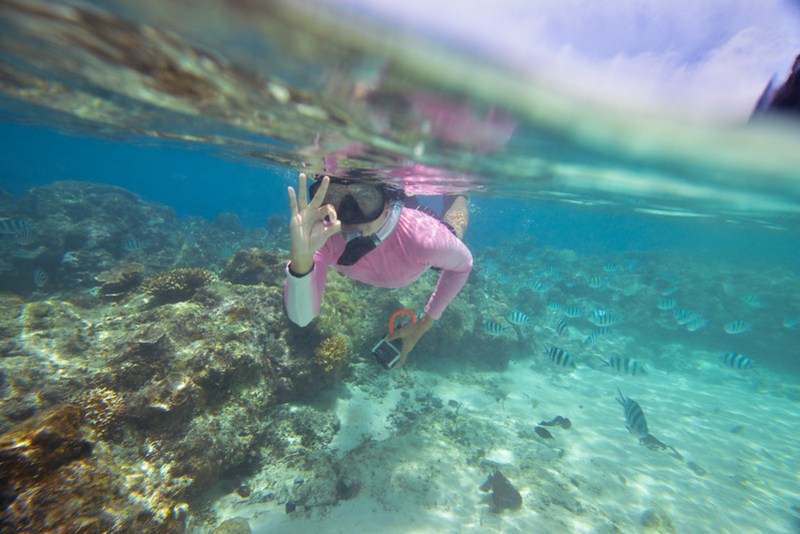 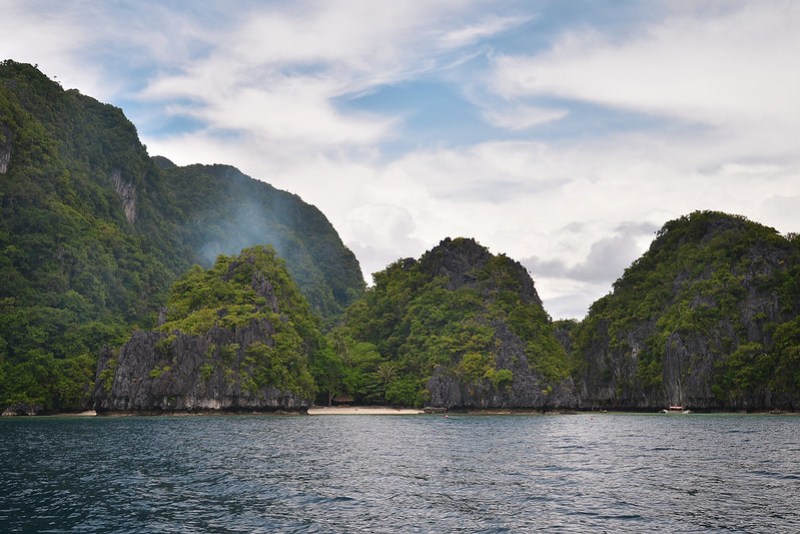 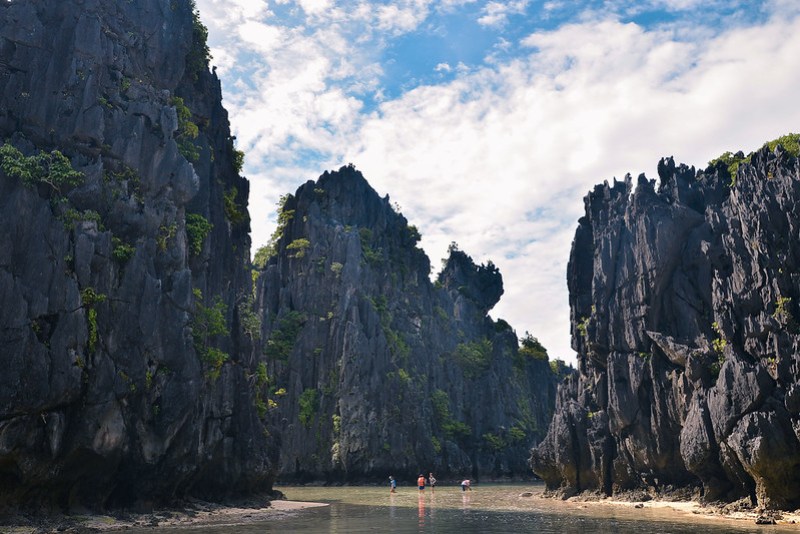 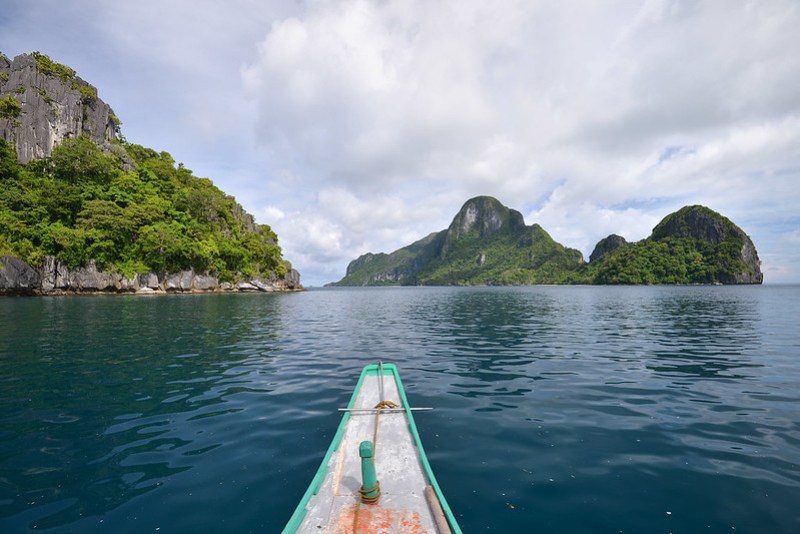 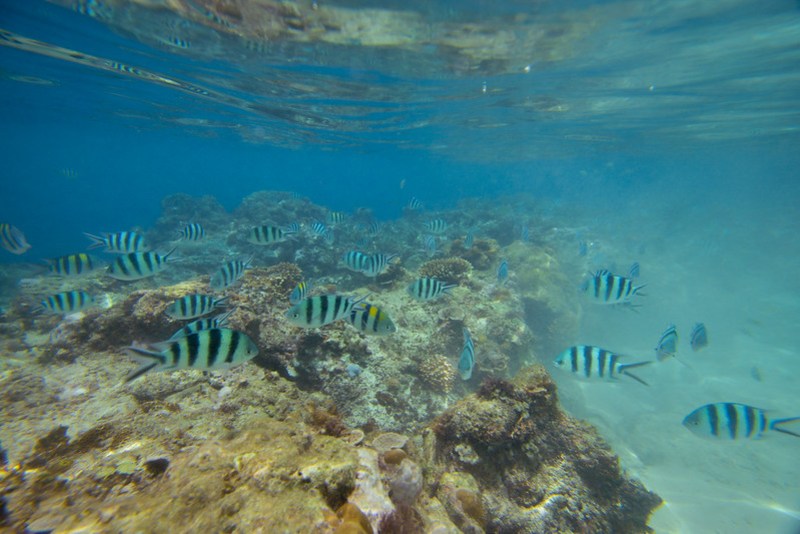 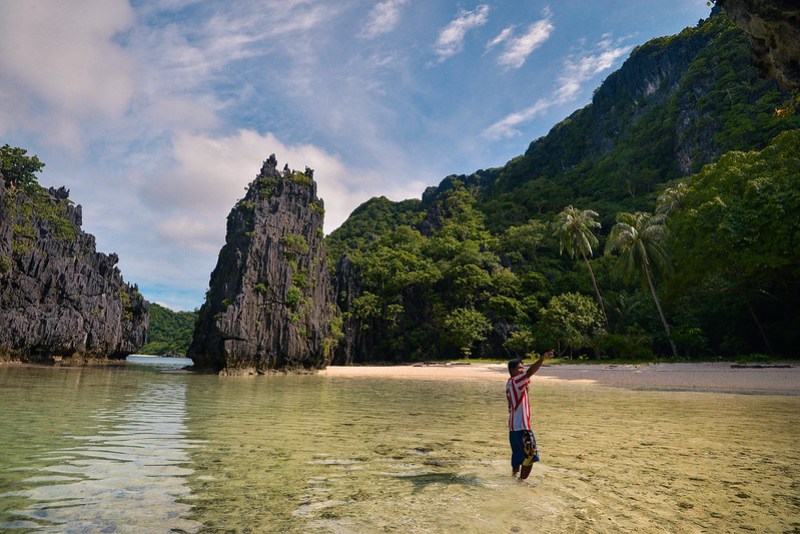 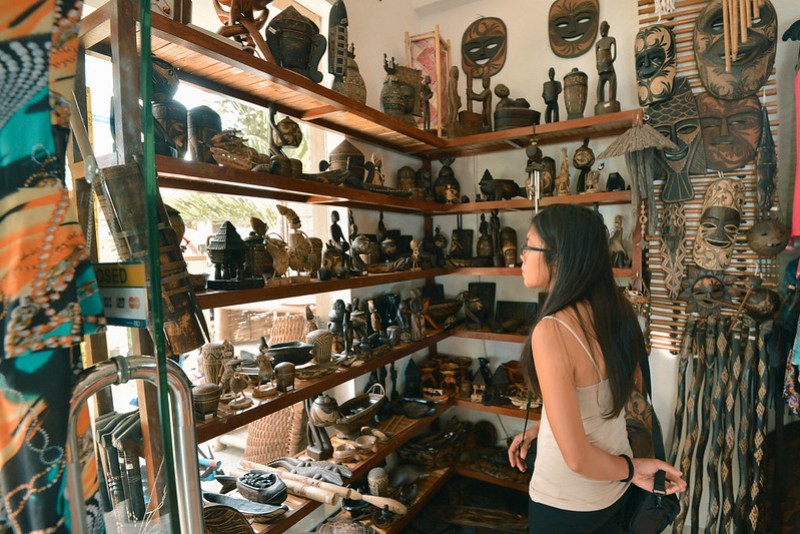 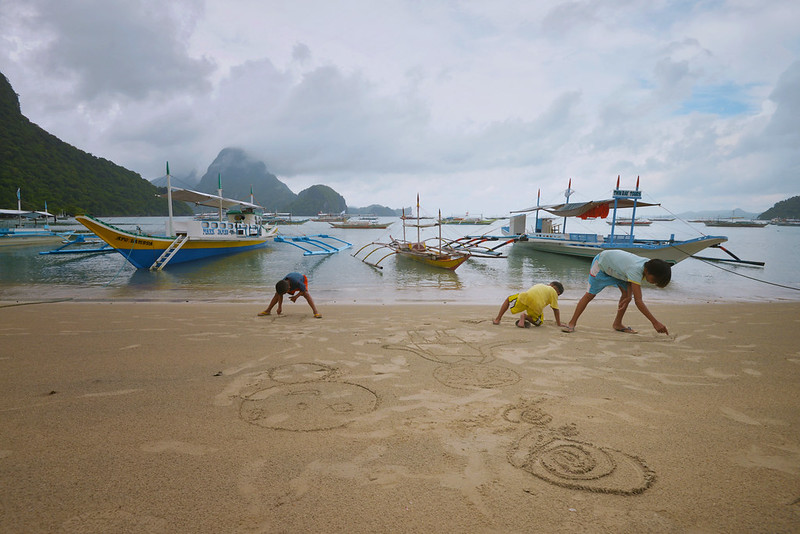 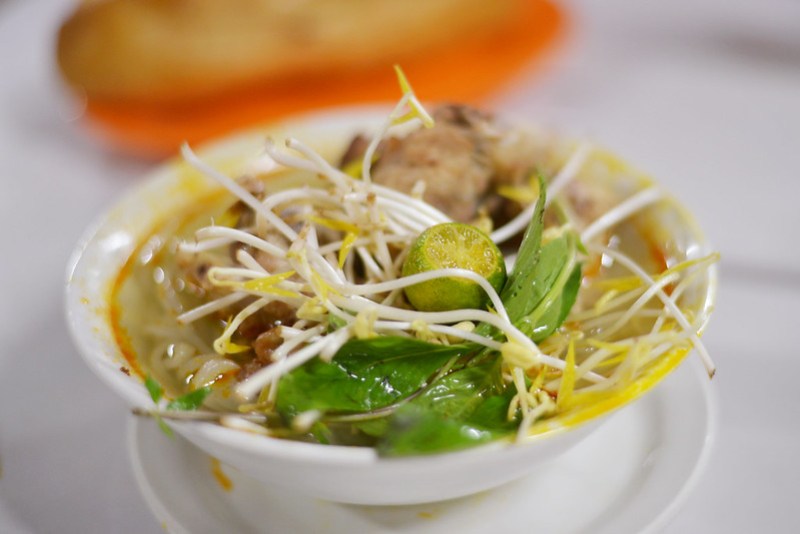 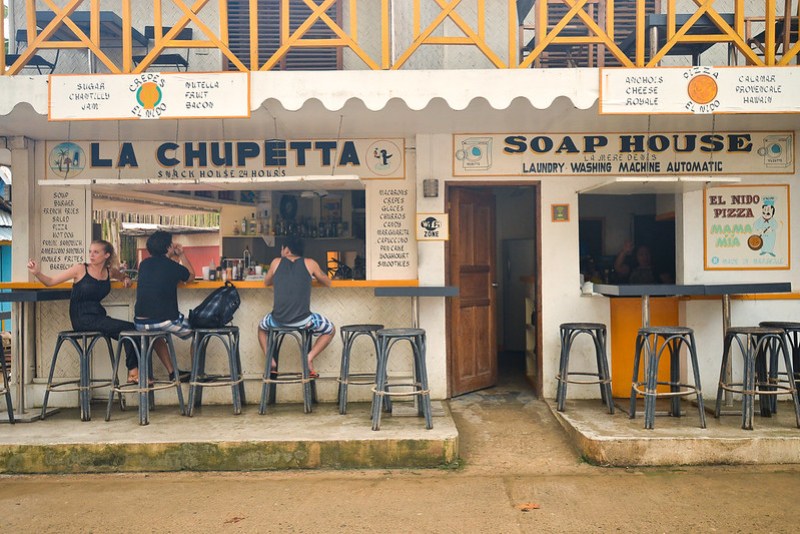 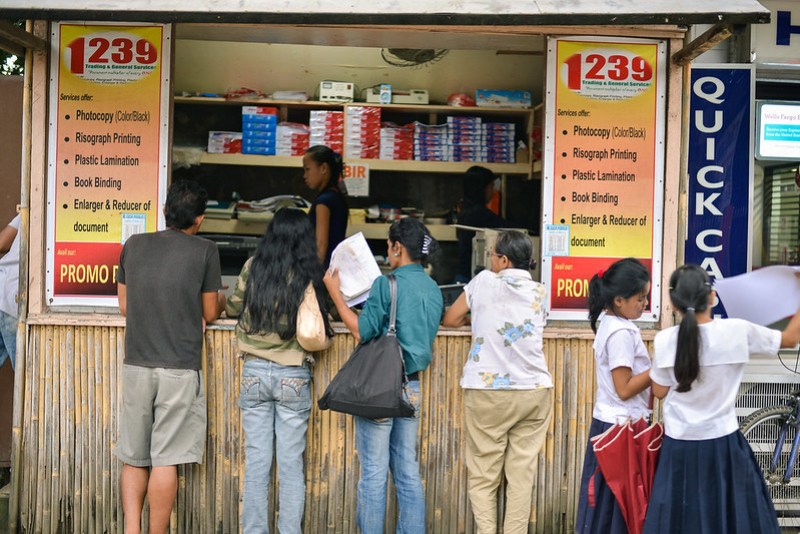 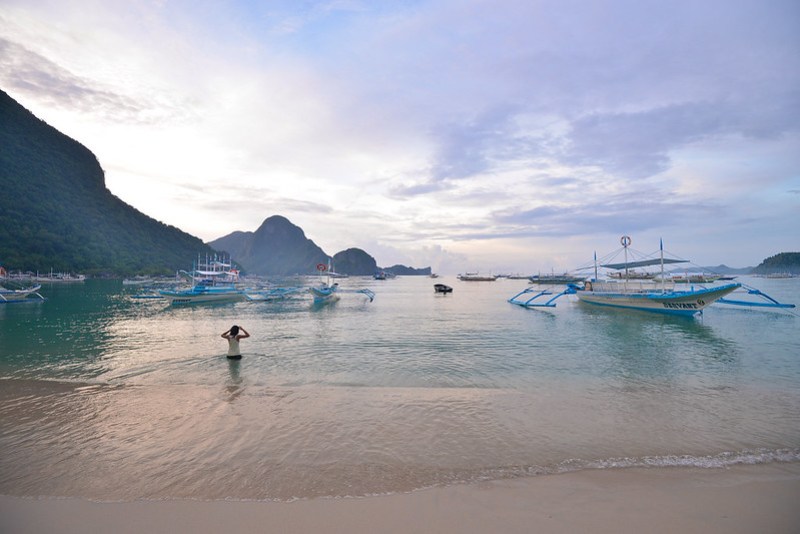 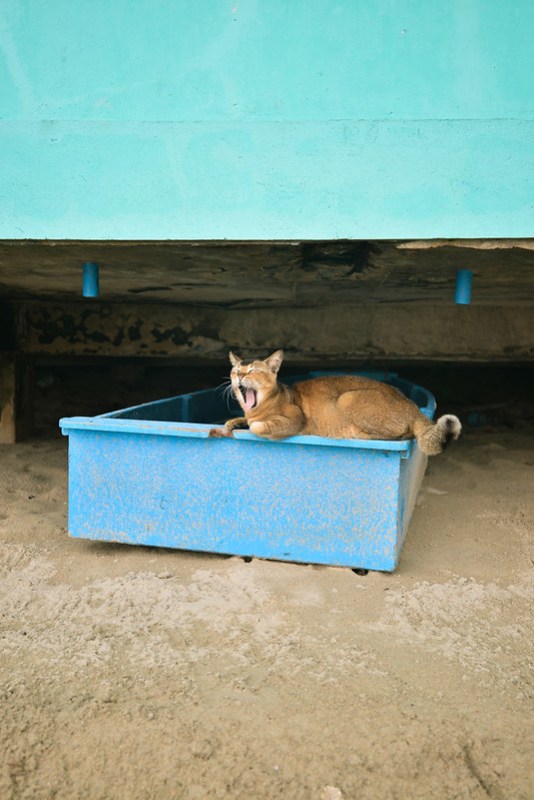 ~
Words by Nikka, Photos by Owen

So how is El Nido, that fabled place north of Palawan, when it decides to rain?

First, it doesn’t, and you are hopeful.

After all, you did sit through the eternity that it took to reach this place. You’ve read all there is to read online about it. Everyone wants to be here. Everyone who’s been here wants to return. A lucky few who visited have never left. So yeah, you’re damn optimistic and you can blame everyone but yourself for it.
END_OF_DOCUMENT_TOKEN_TO_BE_REPLACED

Of the six full days we were in El Nido, we had only one—yes, one—sunny day. And that was Friday the 13th.

We’ve been carelessly optimistic about this trip, having been reassured countless times that heavy rains do not usually plague this part of the country. Not Palawan, a dreamy island forever sun-kissed. And definitely not El Nido, the dreamiest of them all.