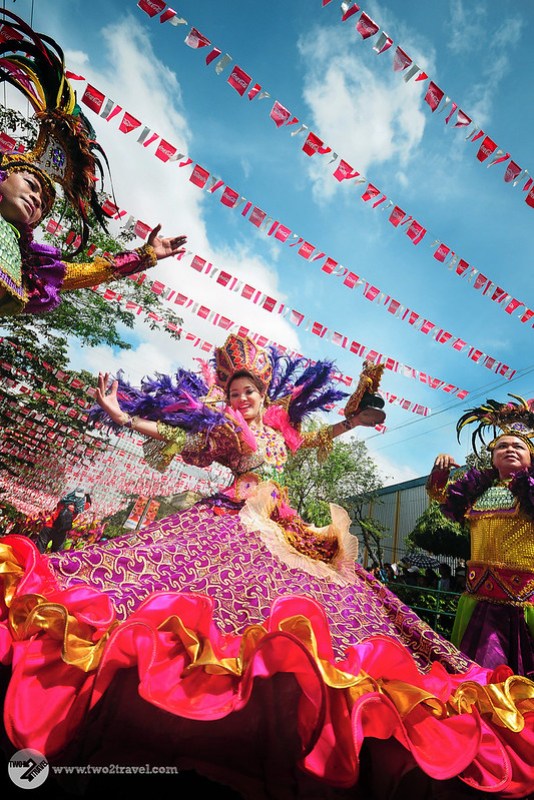 A Cebuana dressed as Reyna Juana dances around the streets of Cebu City during the Sinulog 2012 Carousel Parade.

Every January, the Philippines celebrates the Feast of the Sto. Nino (The Child Jesus) with processions and parades. Sinulog in Cebu province in the Visayas holds one of the biggest, capped off by a large-scale religious procession on the Saturday of the Sinulog Weekend and by a whole-day carousel parade the following day. Street parties follow the revelry and last until the wee hours of the morning.

This year, the Sinulog procession will be on the 19th, and the carousel parade on the 20th. Other festivals happening this January include the Feast of the Black Nazarene in Manila (January 9), Dinagyang in Iloilo City (January 26 & 27), and Ati-Atihan in Kalibo, Aklan (January 19 and 20).