I remember a proposition in Kidapawan City months before to build concrete steps (16,000!) up Mt. Apo, the Philippines’ highest mountain. Nothing could be worse than that, except maybe if they decide to make a zipline on the way back down.

Owen and I are no mountaineers but we do understand how important it is to earn anything you want to enjoy (i.e., the joy of being on top of everyone else in the entire 7,107-island archipelago). And although 16,000 steps certainly seem exhausting, who would ever attempt to do it? We wouldn’t. We’re quite sure nobody else, except a mountaineer, would dare scale such height, and certainly not along concrete steps.

But of course, as it turns out, we ‘trekked’ to Mt. Cabuyao, the nearest mountain to Baguio City, along a road so well paved that we were able to take turns kicking a stone on the way up (why? erm, why not?!) 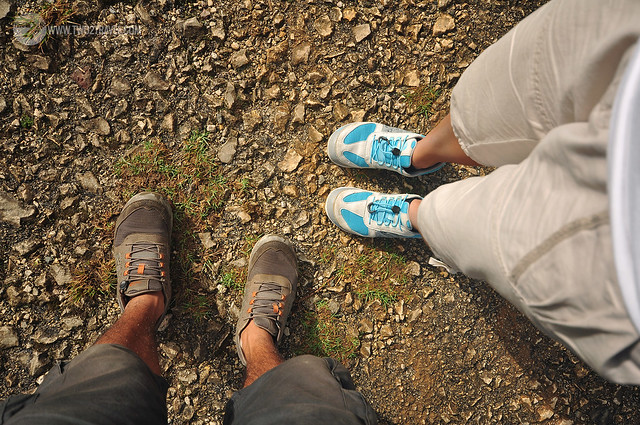 So much for wearing trekking shoes. We could have worn slippers and would’ve been fine. The entire route, save for a small portion, was paved (whether that’s good or bad news depends entirely on how you look at it). 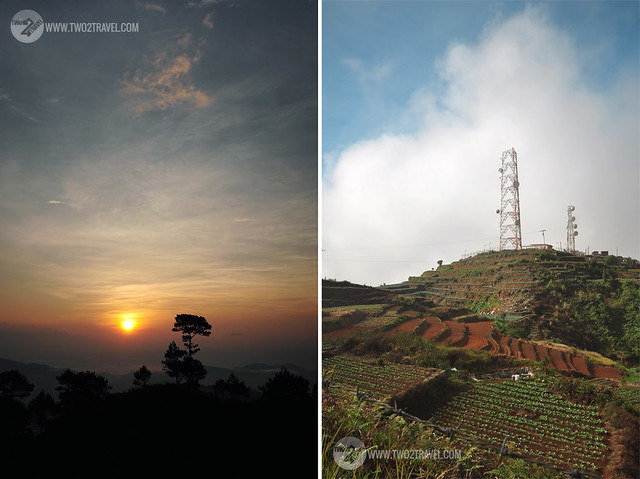 If I tried hard enough, I’d probably be able to churn out more justifications for this but only one stands: this peak has a community around it, which explains the road all the way up. You could actually drive to the base of the discs and walk for two minutes to get nearer, if only for the sake of walking.

This is not to say though that it had been a walk in the park. It was tiring enough, yes, but not to the point of our muscles aching until the day after. And although we didn’t make it to the peak for the sunrise, we did have sweeping views of Baguio City down below along the way. During the first few kilometers (it was 5:45 AM when we started walking), we were lucky enough to catch what remained of the sunrise and fog receding to the valleys. 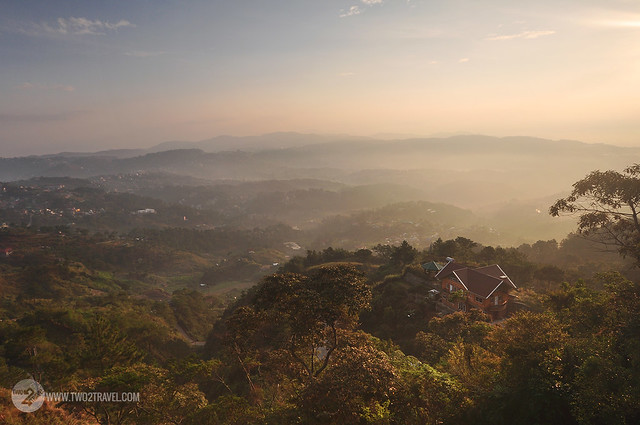 We continued the “hike” of course (using the word hike loosely), stopping every few meters because of the gorgeous views of Baguio below. We would have liked to see the city flicker to life from complete darkness—which was our original plan—but this was about as good as it gets. We were still blessed with fine weather that morning, so no complaints there. 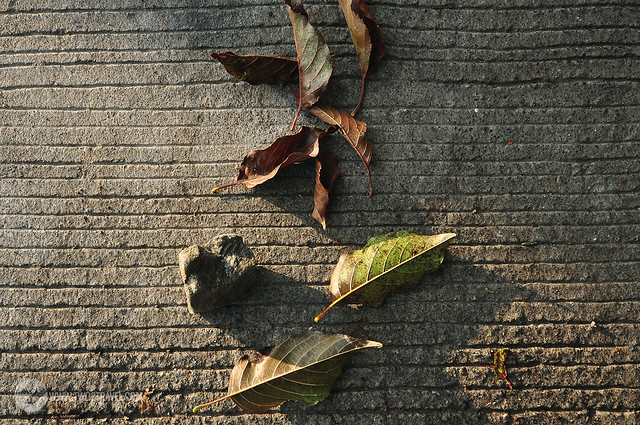 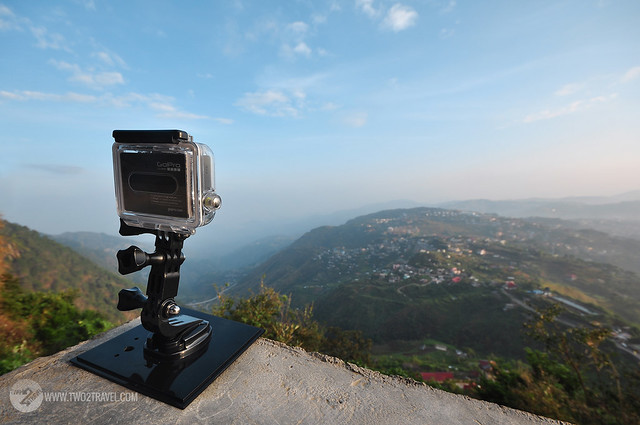 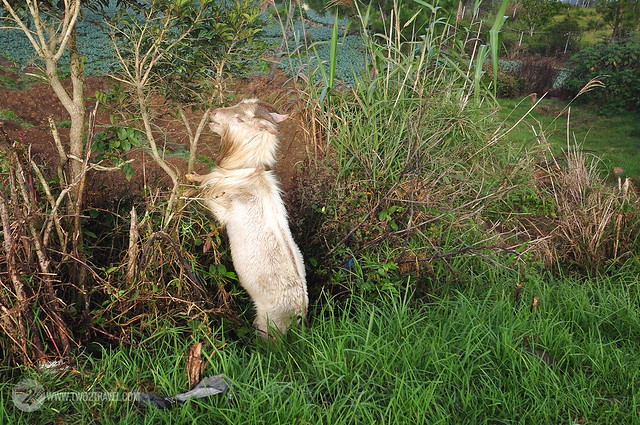 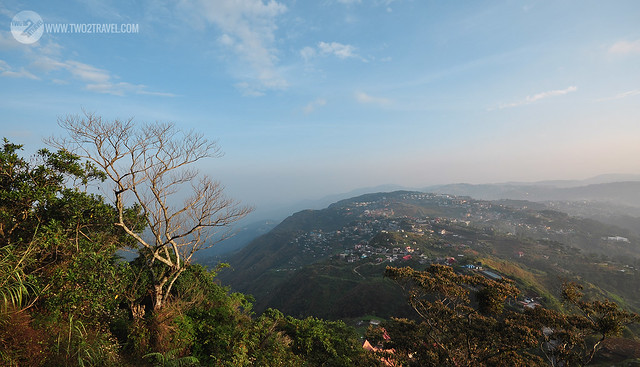 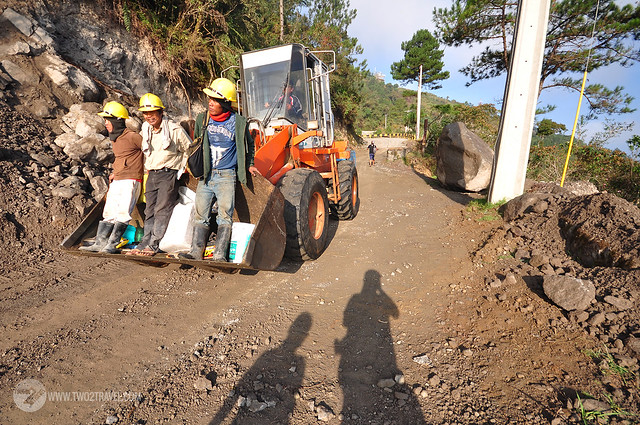 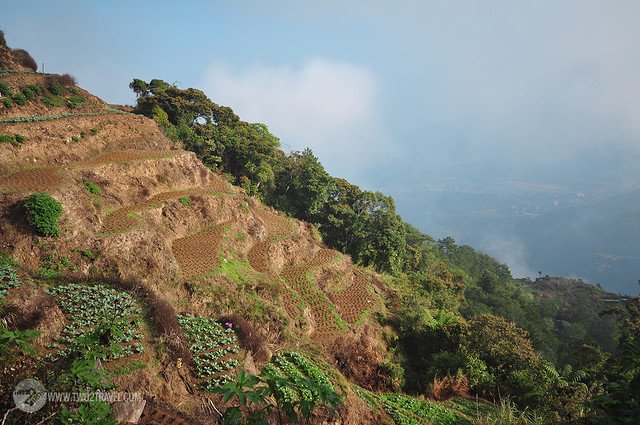 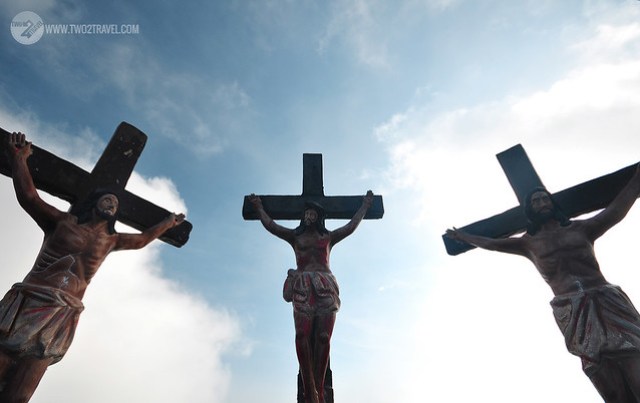 Catholics would drive all the way up here during Holy Week for the traditional Stations of the Cross. Those in Cabuyao are life-sized stone sculptures, the last one located near the base of the summit. 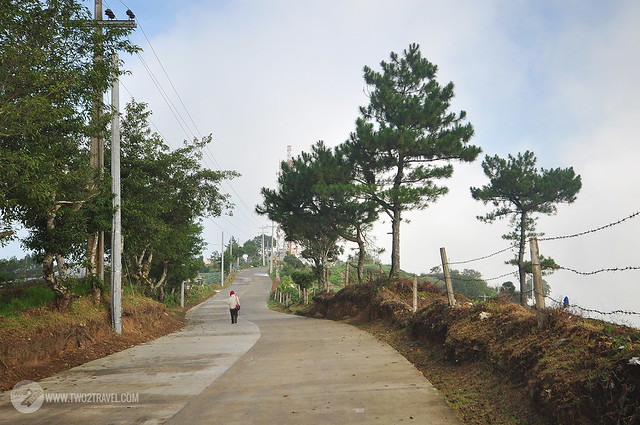 This pretty much describes the entire way: winding and concrete roads, with views of vegetable patches or terraces or of Baguio below. Or in this case, of thick white fog. Mt. Cabuyao is over 2,000 MASL. 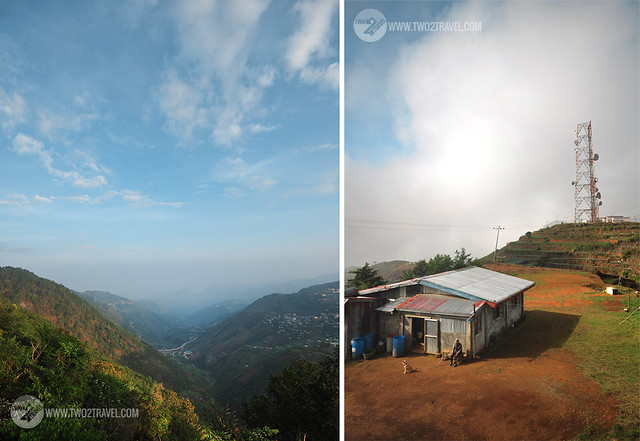 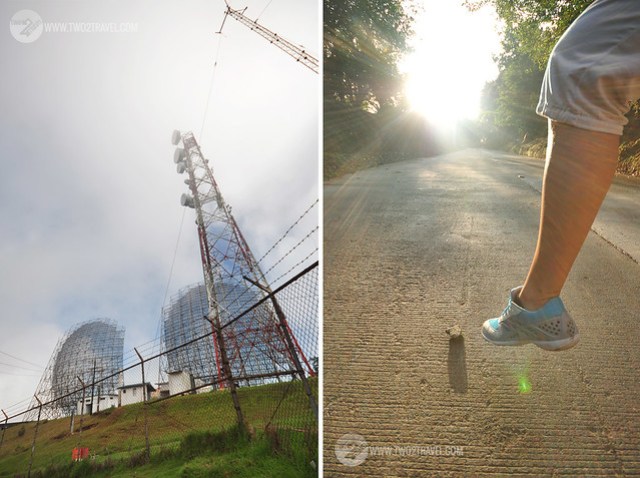 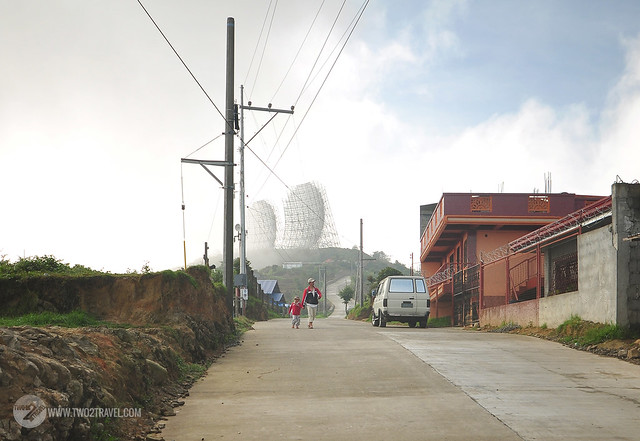 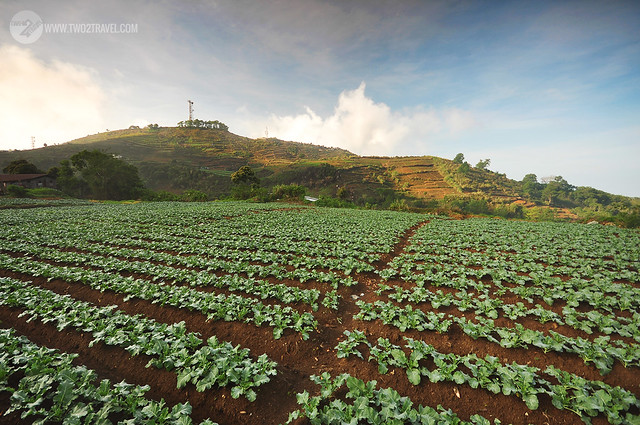 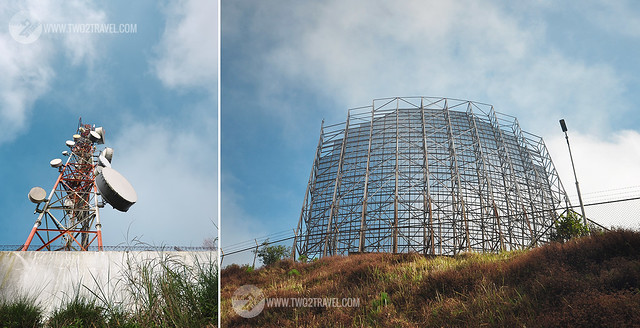 We call these discs the Hidden Mickey or Mickey Mouse or Ra-Dar. They’re actually radio transmitters that happen to look like the ears of Mickey Mouse from afar. Others say it’s a huge electric fan that’s responsible for Baguio’s cool weather. So many explanations, so little sense? 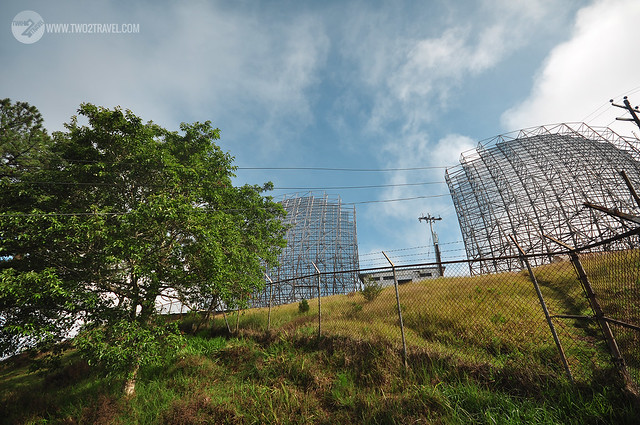 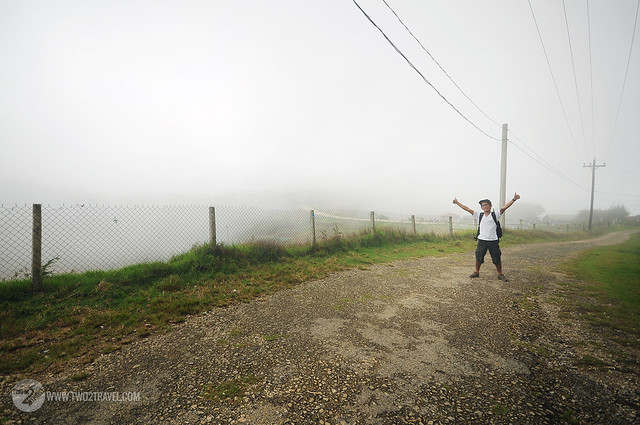 We came here for the sunrise and the views from the summit. We got the former along the way, the latter not at all, at least not from the peak. But we did meet the friendly storekeeper Kuya Bong who, along with his small blue-roofed store near the summit, was heaven-sent for a lot of reasons: warm coffee at a very cold morning; food after a rather long walk; water for a pair of idiots who brought cameras but not water; a toilet in the middle of the mountains; AND a kind of graciousness that involved talking to his friend to please let these two kids hitch a ride with your FX back to Baguio. Hopefully it won’t be this foggy when we go back, and we’d make sure to go in time for the strawberry harvest.