Although it is home to one of the Philippines’ most recognizable landmarks, Bicol still has way too many secrets. This island in Albay is one, despite being next-door neighbors with the ritzy Cagraray Island, home to Misibis Bay. We’re talking about Pinamuntugan, an hour’s boat ride from the town of Bacacay in Albay. Our stay on this island was short, sweet, and (relatively) cheap, since there’s really nothing to do here—dolce far niente, ladies and gentlemen. 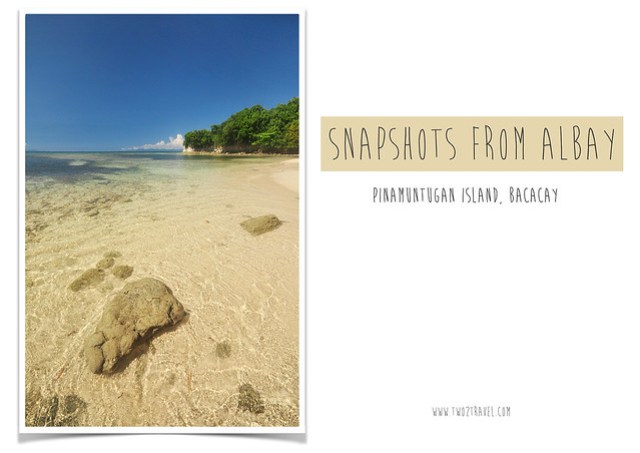 We rented what looked like a passenger-slash-cargo boat that locals apparently use to get from one island to another. It’s big enough to carry no less than 30 people and other heavy load, including a spare canoe. It actually reminds us of Batanes’ faluwa, which could carry people, sacks of rice, a motorcycle, and even a car if the need ever came. 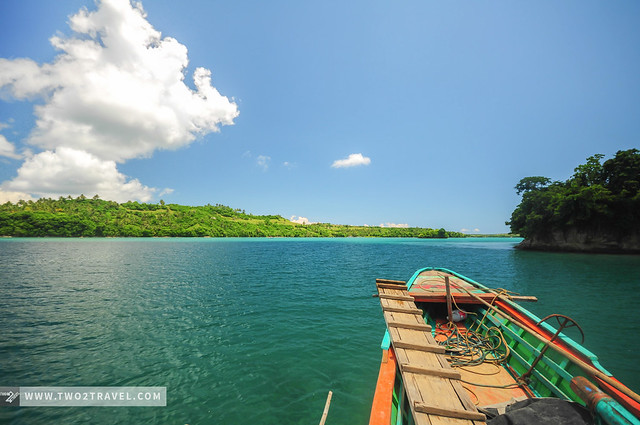 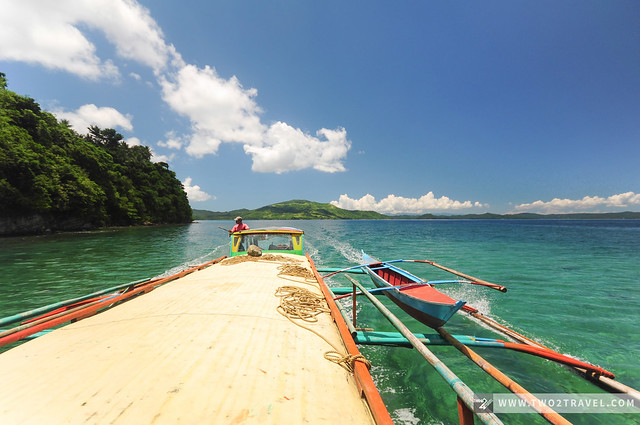 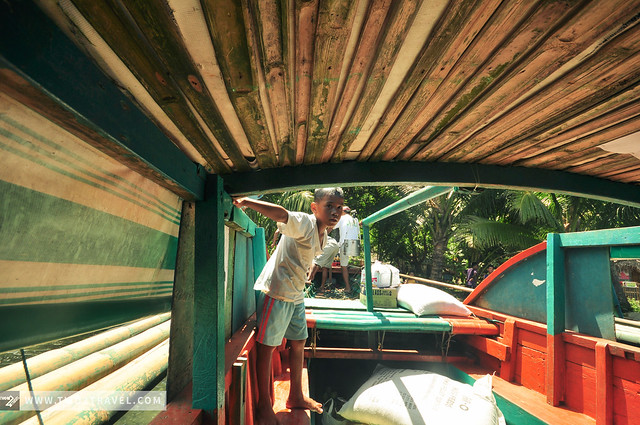 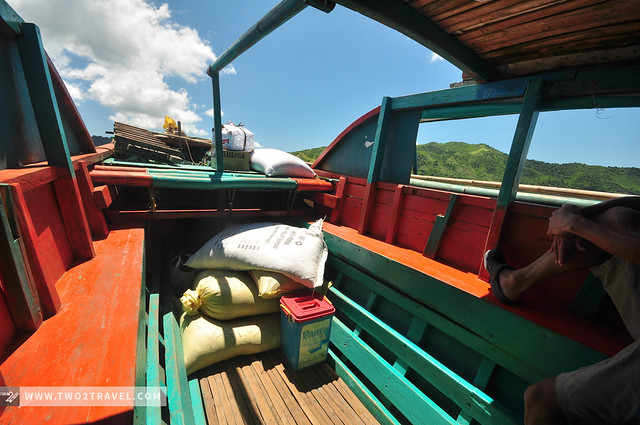 As in all places near active volcanoes, Bacacay’s land and sea were shaped by volcanic activity. The sand on Bacacay mainland is black—not gray, but jet black—from ash, and volcanic rock formations jut out its waters. It’s little wonder how Pinamuntugan and its surrounding islands came about. 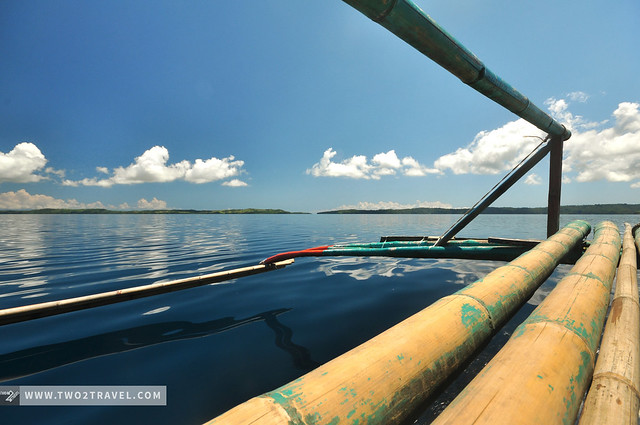 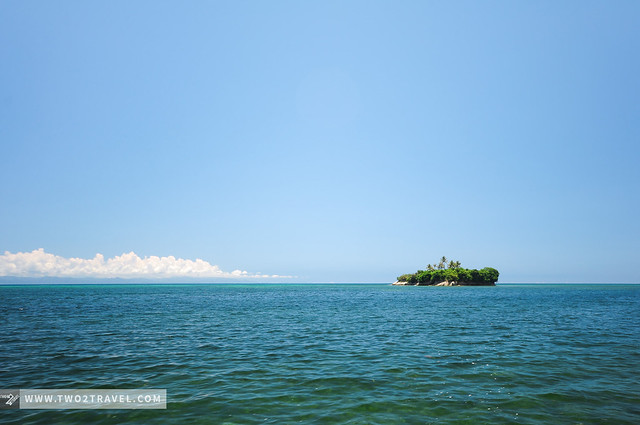 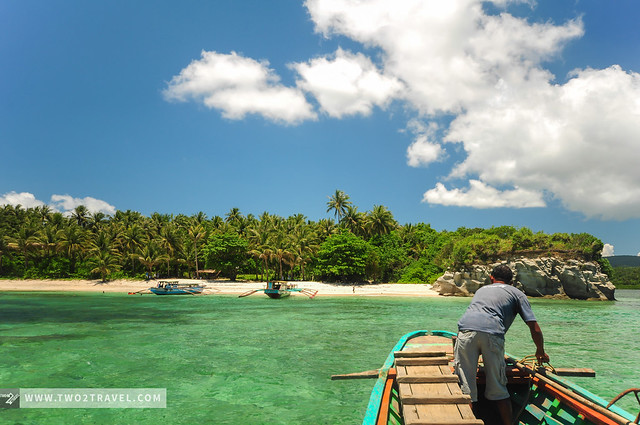 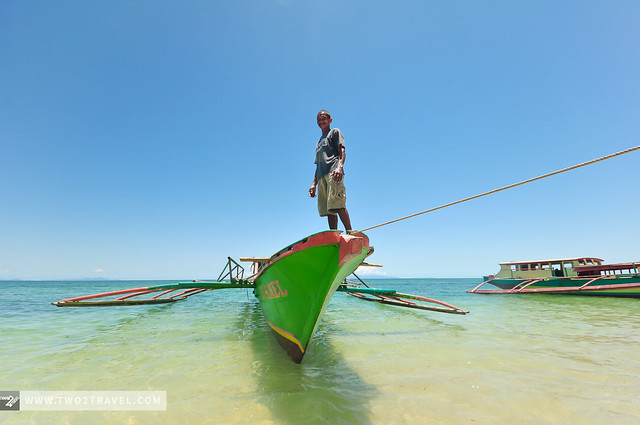 The island’s shallows aren’t exactly drop-dead gorgeous, since the sea floor is littered with starfish and urchin and therefore impossible to tread on foot. Sand here though is not black but white, golden even, and grainy. One side of the island faces Mayon; alas, she decided to hide under thick clouds that day. So we did what any good tourist would—stuff ourselves with fastfood, take pictures, and imagine all sorts of misfortune for our common frenemy. That last part was actually fun, and true. 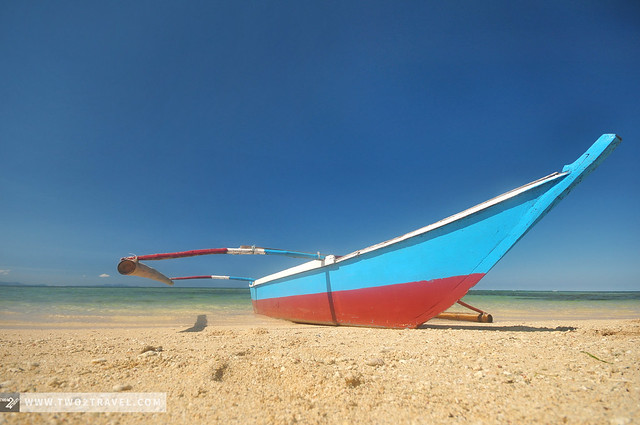 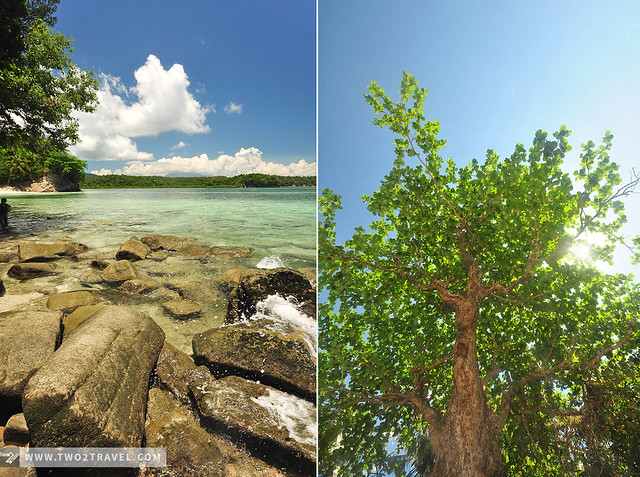 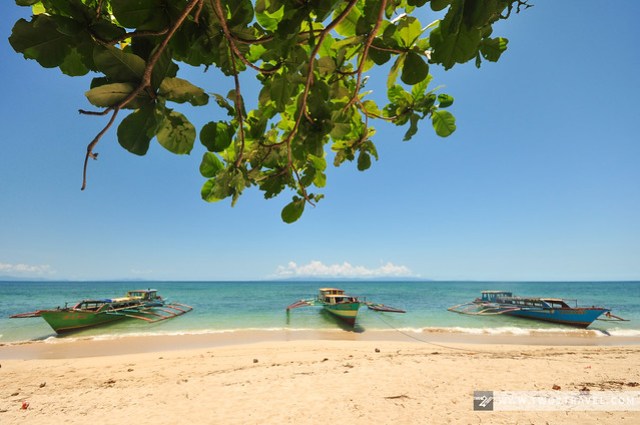 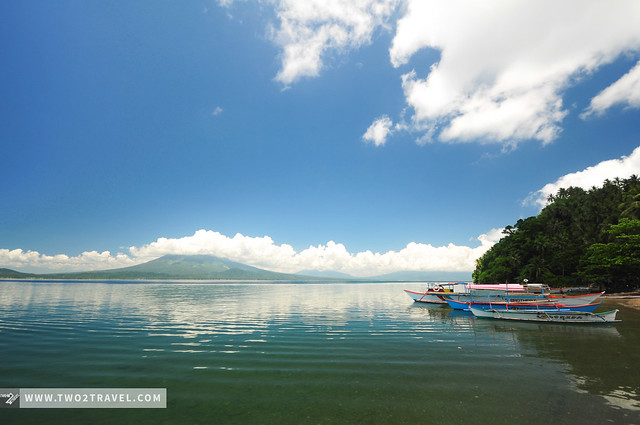 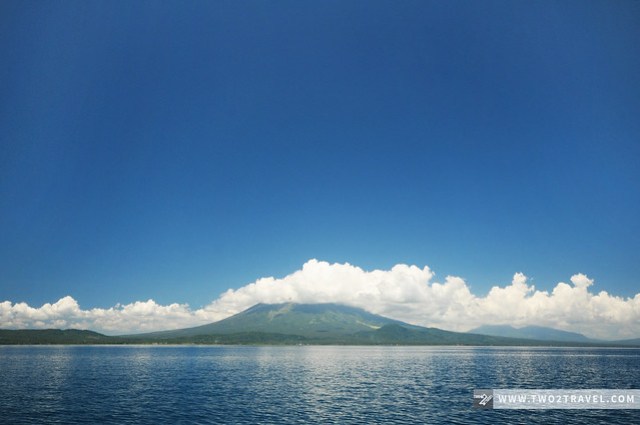 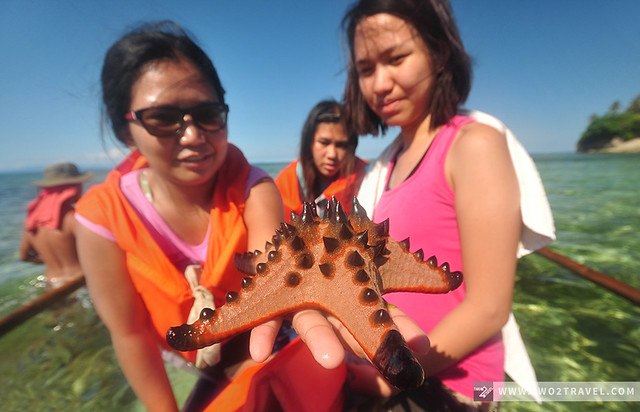 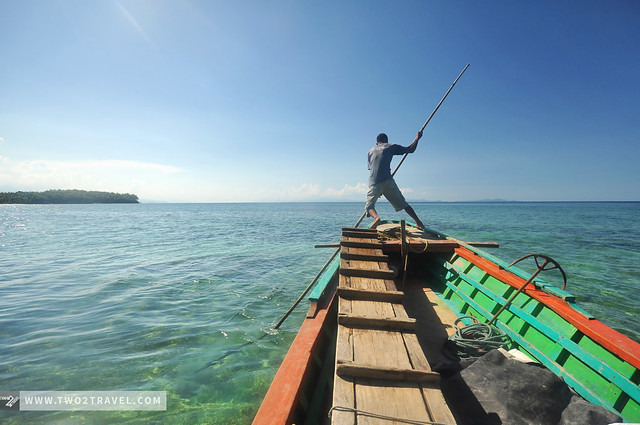 The little town of Bacacay—to which the island belongs—is also worth a short walk. Its sikads (foot-pedaled tricycles) are unique to the town, and its cathedral was fashioned from the black sand on its beach. 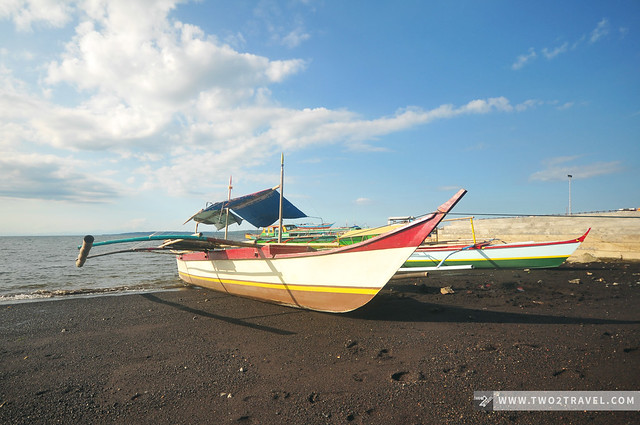 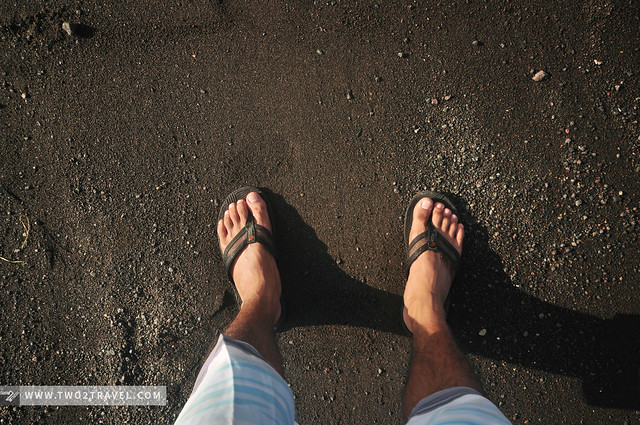 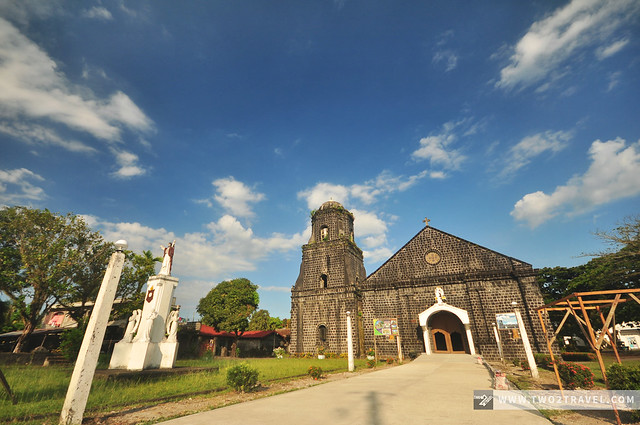 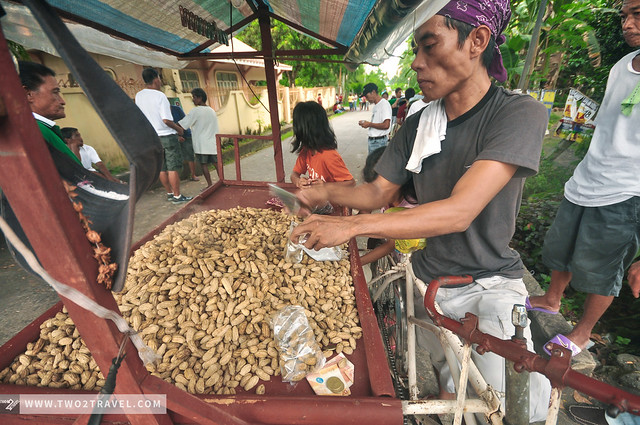 Tips for your trips: Bacacay, Albay

From Legazpi City, Bacacay is around an hour away by van. All buses and vans from Legazpi to other parts of Bicol, including Bacacay, depart at the Legazpi Central Terminal. Depending on which transport mode you take, you can either walk (5-7 minutes) or take a sikad (3 minutes) to the Bacacay Port, where you can ask around for boats willing to be chartered for a trip to Pinamuntugan. 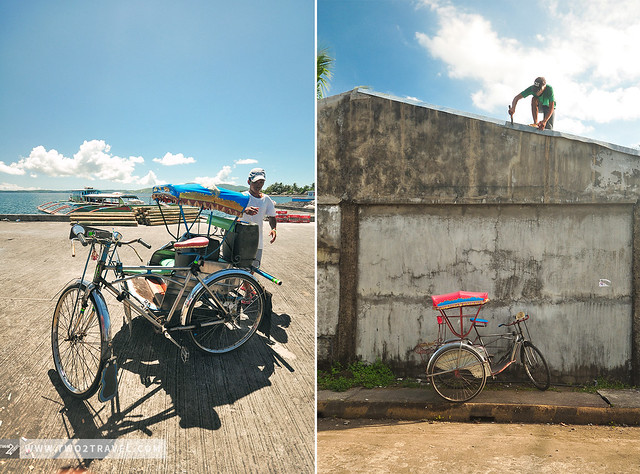 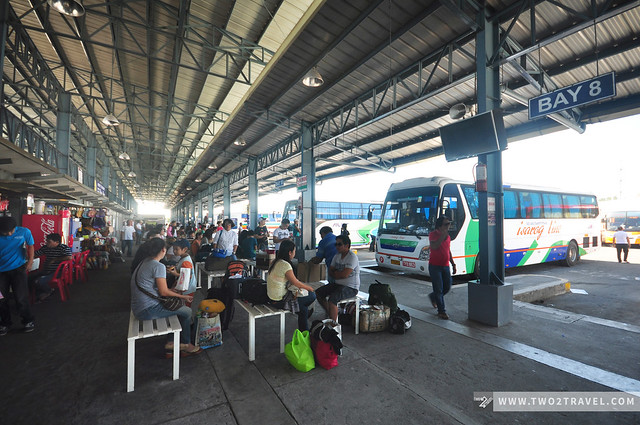 At the time of our visit, May 2013, we did not pay an entrance fee to the island although we heard that it was private property.

The island is bare. Expect no beach huts, loungers, or even water for sale. Source your food and other supplies from either Bacacay or Legazpi (you may also want to feed your boat crew since they will be waiting for you the entire time). AND, educated citizens of the world, bring your trash back with you and dispose of it properly.