When Owen and I learned that MNL Boutique Hostel in Makati is branching out to—wait for it—Boracay Island, we couldn’t wait to visit. First of all, their growth was very impressive—Maica, Celina, and Gonz are opening hostel no. 2 less than a year after the first one. We know next to nothing about the hospitality business, but that is undoubtedly a big feat. We love their hostel concept too, and pulling it off in Boracay was something we wanted to see. We think it’s working really well, especially for young backpackers and, well, young backpacking couples. 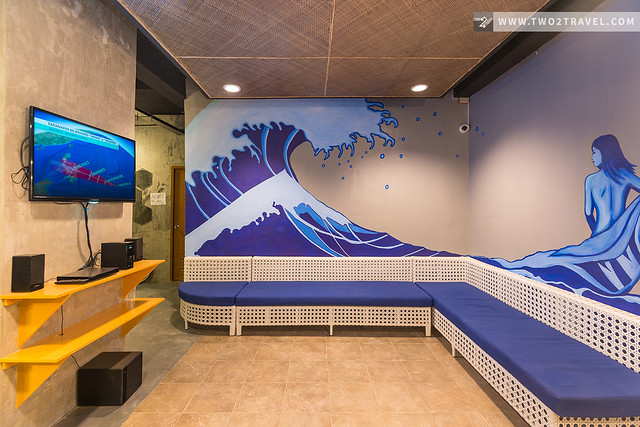 Living area — and an awesome artwork by Gonz. And that’s Yolanda in the news.

When we stayed at MNL Beach Hostel Boracay in early November, it was still at its soft opening, and dorm rooms and common areas are not yet finished. It was also our home when Yolanda passed by Aklan—a very scary period, but thank God we didn’t experience the storm surge that Tacloban did, in which case the whole island must have been wiped out (and we along with it).

Here’s how our stay had been:

LOCATION
MNL Beach Hostel is located along Bulabog Road, about five minutes by foot to D’Mall and three to Bulabog Beach.

We found its location convenient: it’s near restaurants, convenience stores, banks, laundry shops, water refilling stations, and of course, White Beach (and Bulabog, if you’re a kitesurfer). Hailing a tricycle to get to farther areas on the island is also easy enough. Obviously, it isn’t for people who want complete isolation while on holiday.

Also see: Boracay on the cheap

How to get to MNL Beach Hostel Boracay:
To get to the hostel from Cagban Port, hail a trike and stop at the intersection of the main road and Bulabog Road—the one opposite BPI, right next to the lake. From there, walk straight inland towards Bulabog Beach. The hostel is right next to Lim Spa, right side of the road. The ride should cost you about P20 each if you don’t charter, or at least P100 if you do.

ROOMS
MNL Beach Hostel has private and dorm rooms spread on two floors. We stayed in one of their private twin rooms, which had an ensuite toilet and bath (hot and cold shower), cable TV, and AC. Like in Makati, the room had the same comfy beds and rainshower, but this one in Boracay was remarkably more spacious. The rooms on the left side may be a better choice since they have balconies. 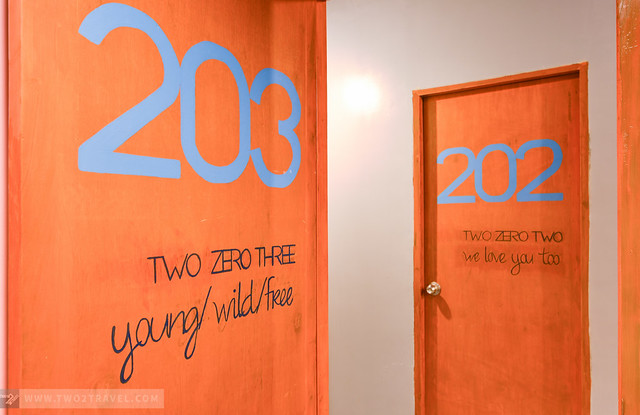 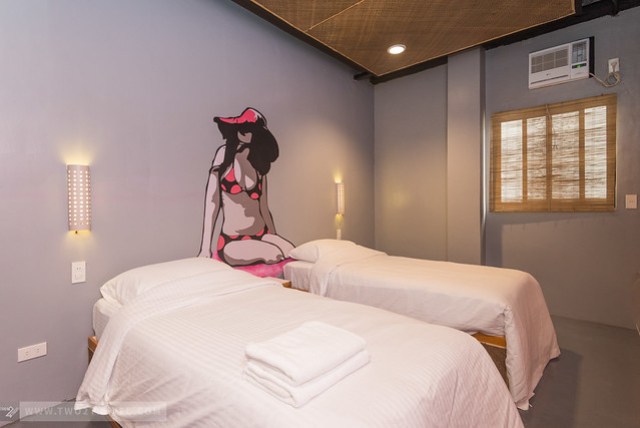 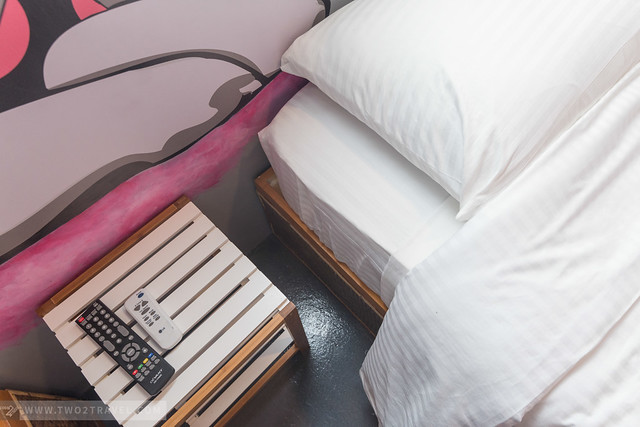 Maica also toured us around the pod-style dorm rooms on the upper floor. Each room has at least four pods, and a common toilet and bath area is located at the end of the hall. Each pod comes with a locker, lamp, outlet, and enough space to perhaps plop your laptop on and work in peace. It’s brilliant. 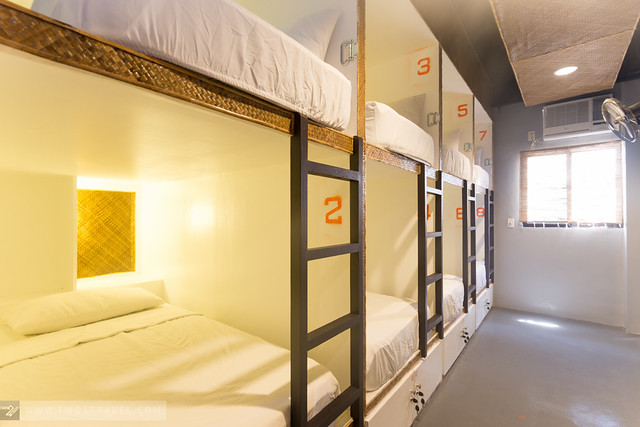 Pods in an eight-bedroom dorm 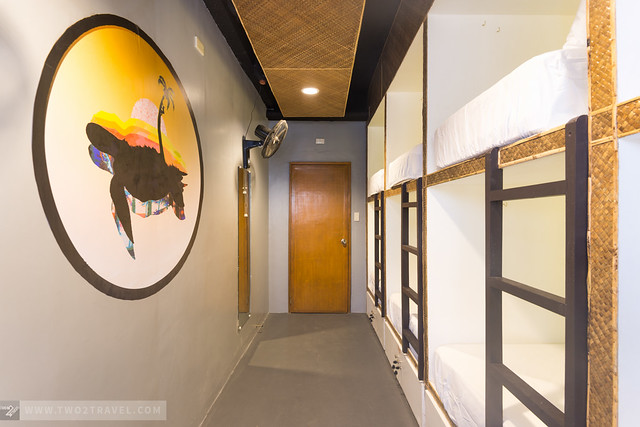 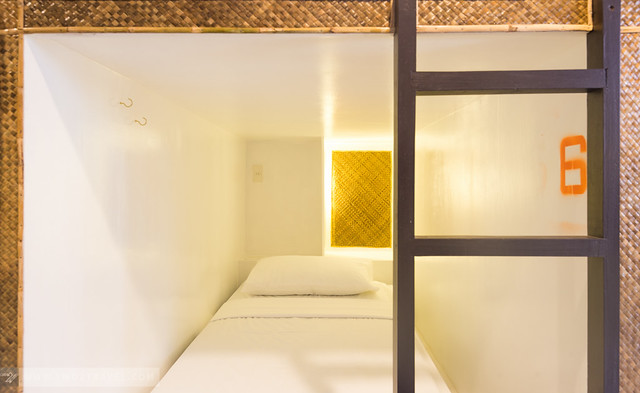 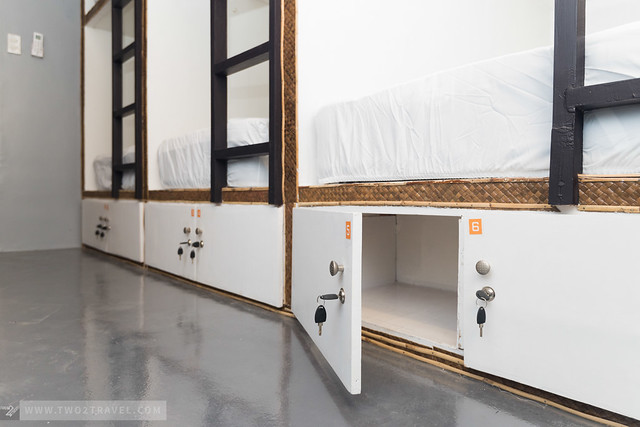 Lockers for each occupant

COMMON AREAS
The hostel’s living area is pretty much the same as that in Makati, with a big-ass TV, book exchange, and—get this—a hula hoop (you’ll never know when the urge to do hoops kicks in). A breakfast nook is adjacent the living area, although Maica informs us that breakfast will be served on the roof deck when all construction work is finished. That’s definitely worth going back to. Bulabog Beach (and kitesurfers, if there are) is visible from the deck. 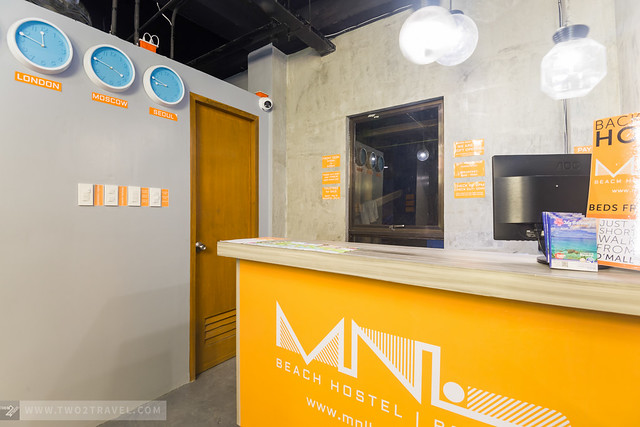 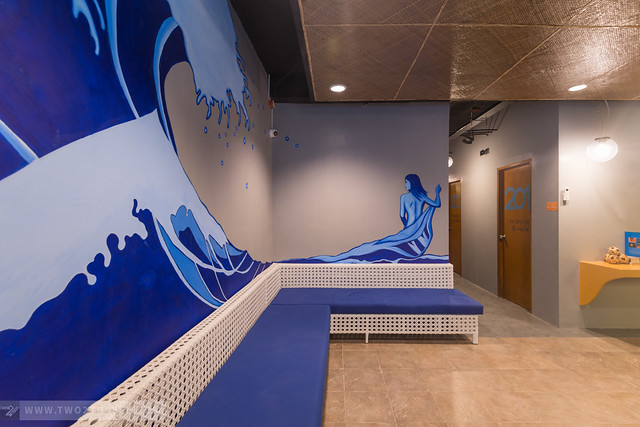 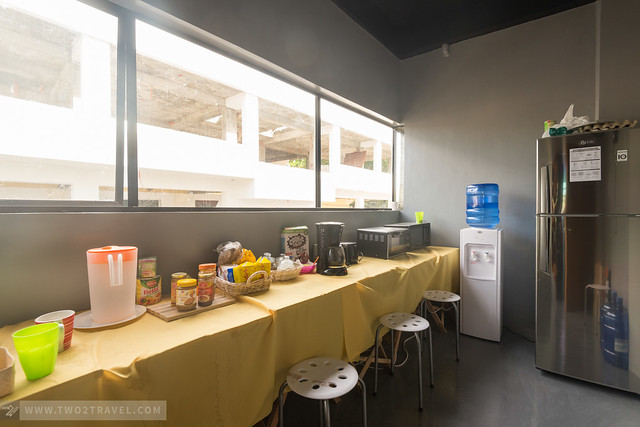 PRICE
The cheapest one—a pod in a fan-cooled room—costs P400 in the off-peak season (June to September) and P600 (October to May) in the peak season. Super peak season (Christmas, New Year, Chinese New Year, and Holy Week) rates start at P1,000. 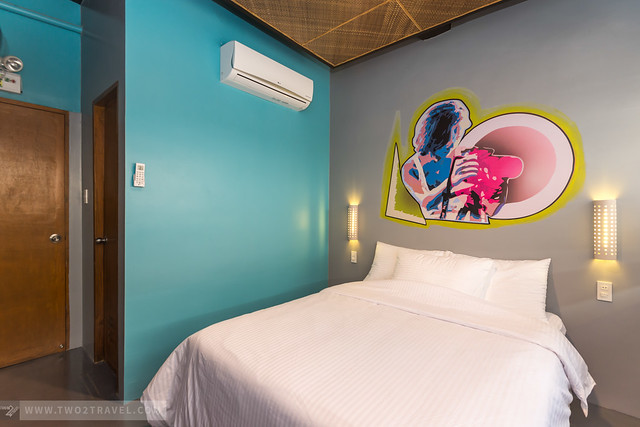 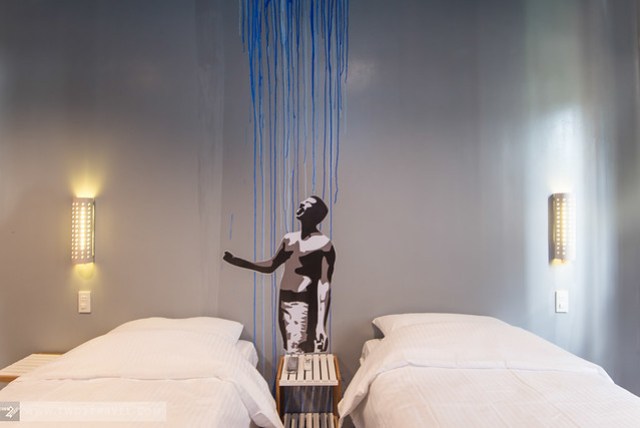 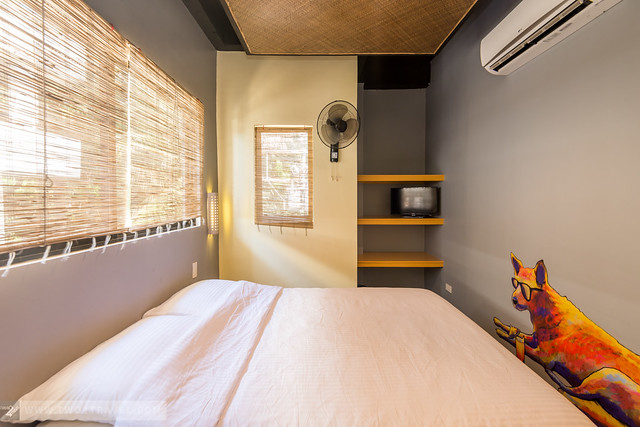 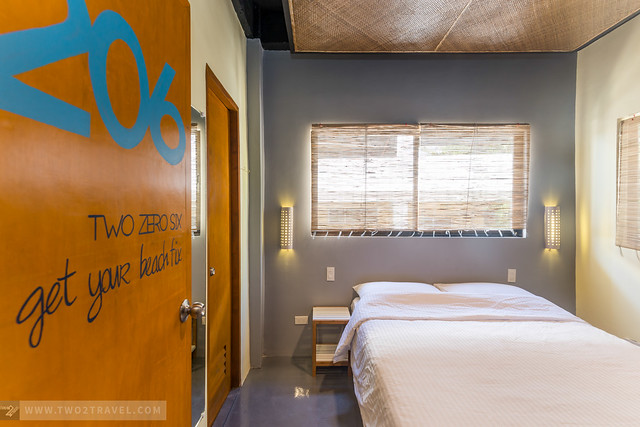 Rates come with continental breakfast and lots of good vibes. <3 We might be a bit too biased in saying this, but having MNL in Boracay felt like having a friend taking up residence at a strange place, making it suddenly as familiar as home. To Maica and everyone at MNL Hostels, thank you so much for accommodating Owen and I especially in the thick of typhoon Yolanda. Your walls were so thick, the strongest typhoon in all of human history kept us dry, safe, and, well, alive. Get in touch with them:
MNL Beach Hostel Boracay
Facebook | Website | +639982205700 | +639177022160